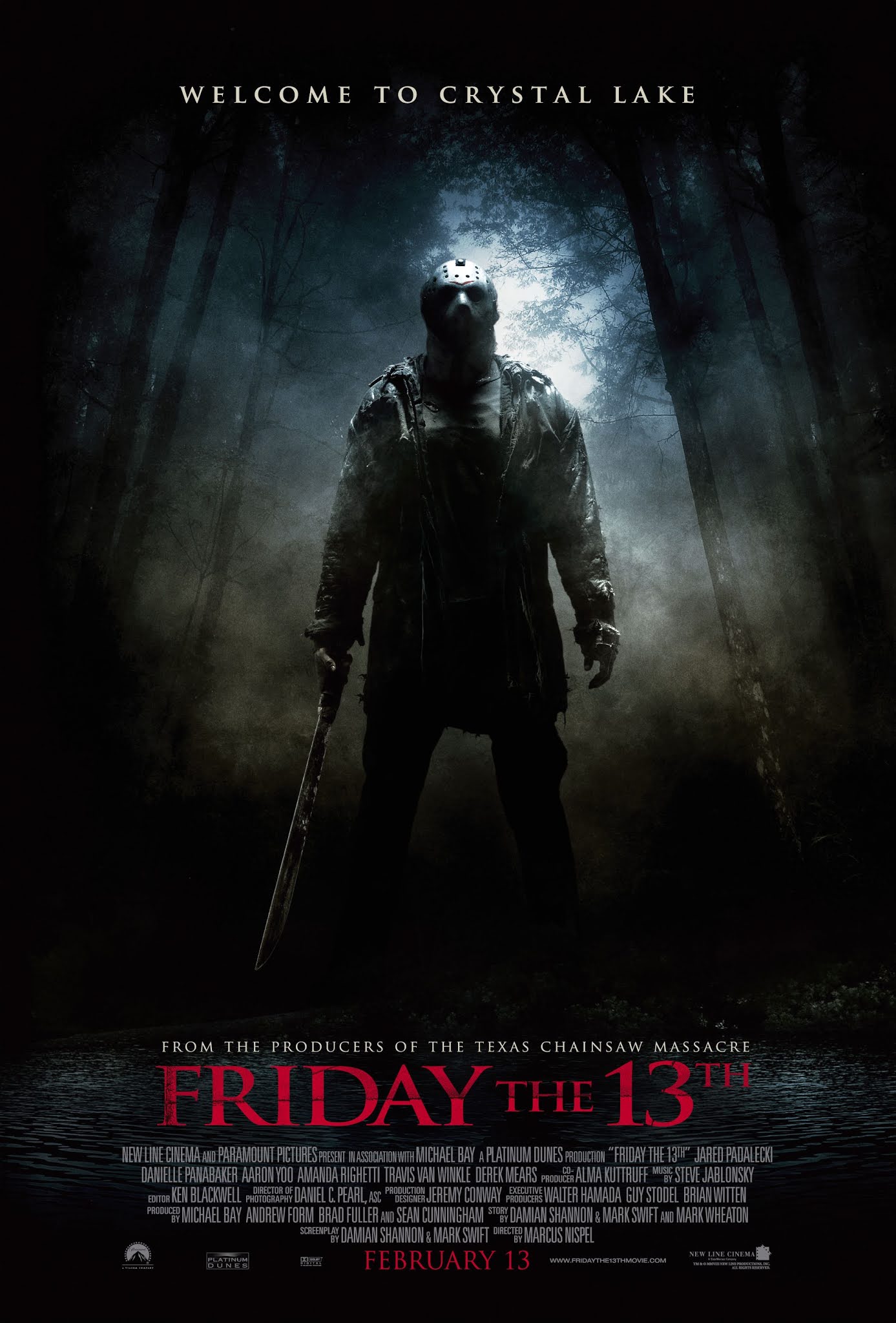 These movies had effectively quit being a series when New Line took over from Paramount around the time of Jason Goes to Hell. It even lost the Friday the 13th name starting with that movie, which makes Jason X a strange wink of a title, because it was the tenth movie in a series whose banner it no longer carried. But as I've said, I wanted all ten of those movies to work together even if I had to make up my own connecting stories. With the 2009 remake, that was no longer a temptation.
I came into this new Friday the 13th expecting an updated version of the 1980 movie. I guess I realized on some level that it would bring in Jason instead of the no-longer-a-twist ending of the killer being his mom, but most of my anticipation about it had to do with better effects, looser restrictions around gore, and possible influence by torture movies like Saw and Hostel. In other words, I figured it would be a more graphic, disturbing version of the same basic plot from the first movie, but with Jason instead of his mom. Happily, it's way cooler than that.
I love how the reboot opens with the final scene from the 1980 film and actually has it set in 1980. For a brief second, I even wondered if I could make this fit somehow into the continuity of the other eleven films. But there's no doing that and as the movie unfolded, I didn't even want to. I enjoyed it as its own thing.
It quickly jumps ahead to the present day with adult Jason in a sack mask like in Part 2, murdering a bunch of campers who wander too close to his territory. Redheaded Amanda Righetti (whom I loved as Grace on The Mentalist) had all the marks of the Final Girl and I wondered if this was actually a remake of Part 2 with Righetti playing essentially Ginny.
But then she's attacked by Jason and there's another time jump - six weeks this time - to Jared Padalecki on a motorcycle searching for his missing sister. Of course his sister turns out to be Righetti's character and I was reminded of Rob from The Final Chapter. During the events of the movie, Jason's sack mask is torn off and he replaces it with an old hockey mask that he finds in a barn full of similar antiques. It's a much better explanation for the mask than the silly one from Part 3 where he stole it from a victim who had no business wearing it in the first place.
The reboot turns out to be a condensed version of the events of the first four Friday the 13th movies with professional actors and a great script. Since the filmmakers are no longer making the story up as they go along over the course of a few different films, everything ties together tightly and even the geography around the lake makes more sense.
The one thing I don't love is the ending. It feels like it has to go for that final, gotcha moment of Jason coming back up from the lake to get someone we all thought was safe. It's cheap and undercuts the relative realism of the rest of the movie and its villain. Rather than the lumbering, mindless killing machine that Jason was even before he became a zombie, this version moves and thinks like a real person. I love that he's fast. He doesn't just crash through the woods like the Terminator, he chases his victims. And while he's clearly deranged and we never fully understand him, there are hints about how he lives and sustains himself. That's all great, so it's too bad that at literally the last second the movie decides to suggest that he's supernatural.
As much as I enjoyed this though, I'm glad we never got any more of these. If I kind of reimagine that last shock as a dream or something, it's a perfect little horror film. I don't know where you take it from here without going down the same path that the series did with a copycat killer or an unkillable Zombie Jason. Those were fun and fine the first time around, but I really like this grounded, mortal Jason and sort of just want this to be all that there is. 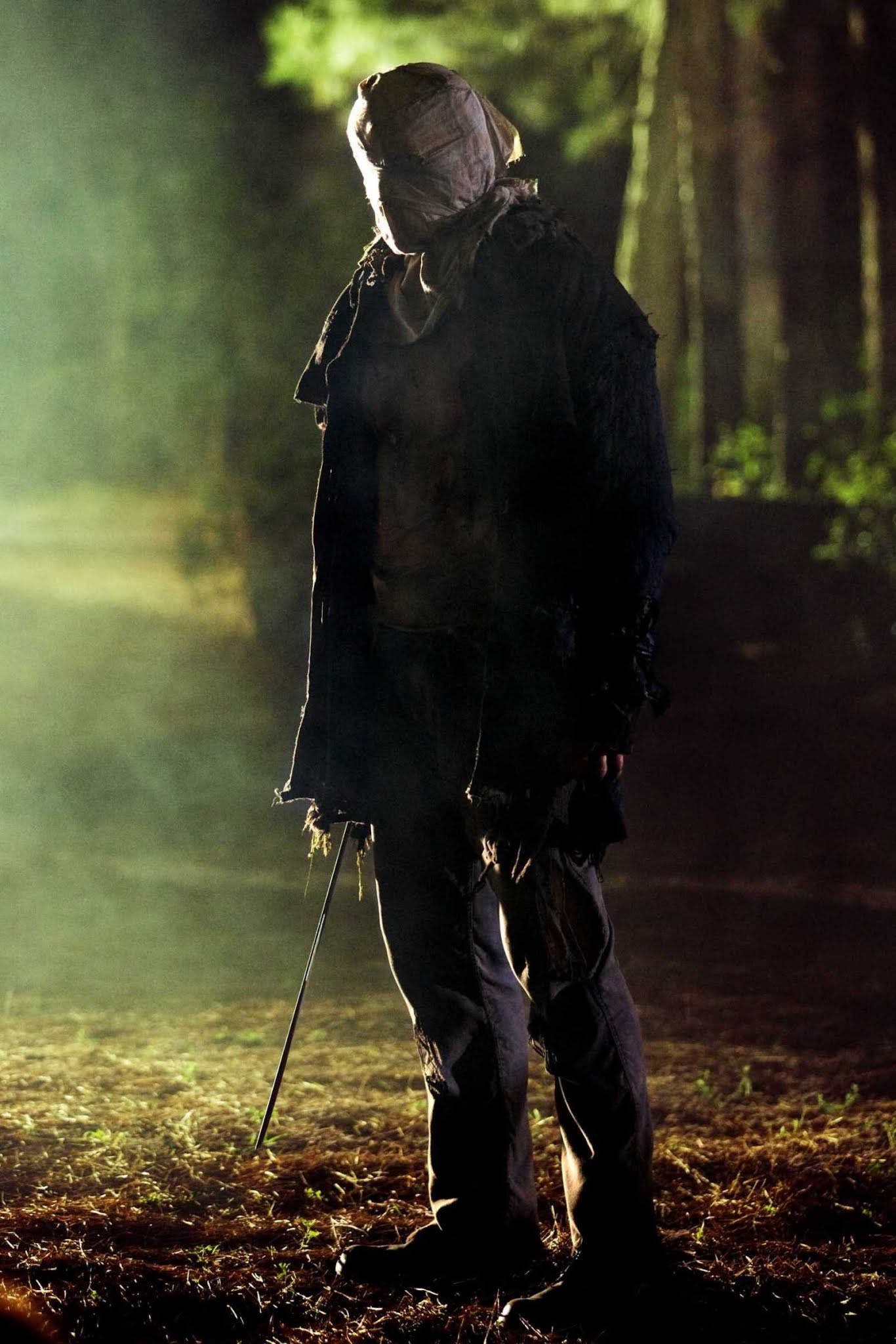 I see what you're saying, but I still want a sequel.

If all of a sudden the only difference is Jason is just super hard to kill, that's not a problem for me. Maybe they dont' have to shoot him or drop him off high roofs, but maybe he gets grazed or stabbed and then we see him patch himself up in his bunker? I'd like that. Show him even more as a survivalist, stitching up his own wounds. And maybe he just heals a little faster. *shrugs*

I'm fine with it ultimately being supernatural, but, I would be fine if they decided to *skirt that edge* of supernatural and just toe the line with how much damage they could realisticaly do to him and have him stitch himself up.

I hear ya. As long as they found a way to keep it relatively grounded and believable, I'd be into it.

Or heck, you could even bring in supernatural elements in a way that feels real just by having a consistent tone from movie to movie and having characters react in believable ways. It would be tricky, but you could do it.

I was worried when they were remaking this. I was afraid of some Rob Zombie level nonsense. I was so happy with the finished film. Love that their are elements of the first four movies all combined into one. But that ending. I wish they had thought of some other last scene after the siblings "kill" Jason in the barn. From them deciding to wrap the body and dump it in the lake (what? why? how would they explain that decision to the cops!?!?) to Jason leaping up suddenly to attack, like you said, it is all just so out of place. Even just them pointing to the barn when the cops arrive and having a cop say "there's no one in here" would have been preferable. That said, I still love the rest of this one and wish we had gotten a sequel. Or two. ;)

I forgot all about the problem with their dumping the body in the lake in the first place. Why would they do that?! How do they intend to explain all of those dead bodies? Just take off and let the cops sort it out? It makes no sense. Disappointing end to a fantastic movie.