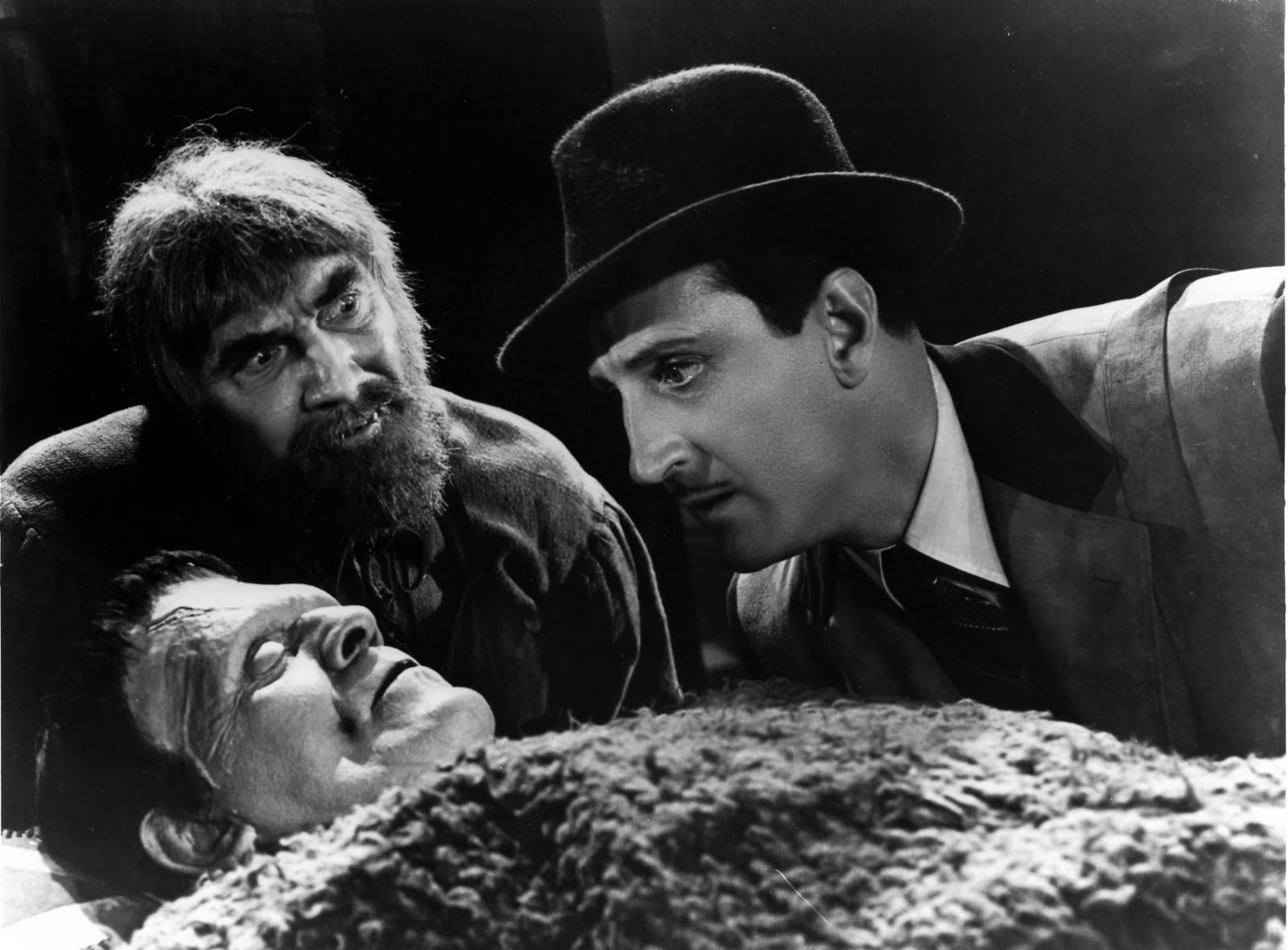 Son of Frankenstein was the third in Universal's Frankenstein series and the last to feature Boris Karloff as the Creature. And even though James Whale (whom I love) didn't come back to direct it, it's my favorite of the Universal Frankenstein films.
Part of that is probably nostalgia. After reading about the Universal Monster movies in countless books and magazines as a kid, Son of Frankenstein was the first one that I actually got to watch. And thanks to the local children's museum where I grew up, I got to see it on the big screen. I'll never forget it.
But still, so many iconic Frankenstein features get introduced in Son of Frankenstein. It's got the hairy vest, Bela Lugosi as Ygor, and secret passages all over Castle Frankenstein. It also has my favorite Doctor Frankenstein, Basil Rathbone as the awesomely named Wolf.
Rathbone's descent into madness is far more believable and fascinating than Colin Clive's ever was. I love the cheese in Clive's performance, but Rathbone's mania is utterly compelling, especially in his scenes with Lionel Atwill. Which reminds me that more than any other Universal Frankenstein movie, this is also the one that inspired Young Frankenstein with Kenneth Mars' character directly modeled after Atwill's.
at October 04, 2020

Email ThisBlogThis!Share to TwitterShare to FacebookShare to Pinterest
Labels: frankenstein

I am so glad you like this movie, and apparently as much as I do. It's my favorite Frankenstein movie. it's right up there with my favorite Unviersal Monster movie Wolf Man and Creature. And that's not to take away from the Whale Frankenstein movies. Basil Rathbone is amazing as Wolf. And the whole movie is just so much fun. I love it.

And yes, knowing that it almost wholly inspired Young Frankenstein does help elevate it for mme.

We're very eye-to-eye on the Universal monsters. Wolf Man and Black Lagoon are both at the top of my list, too.

Love it - and now I want to watch it again!