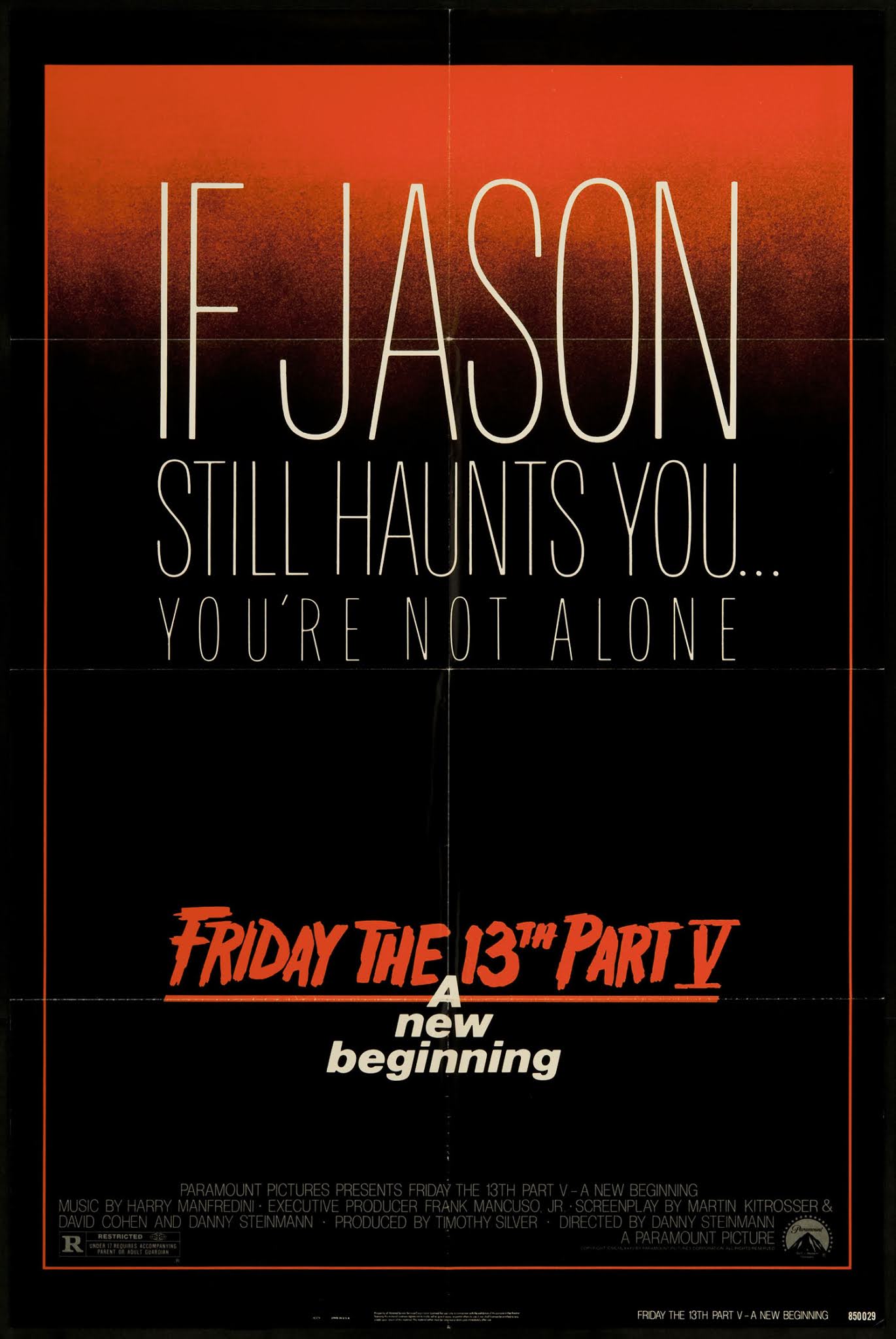 With Jason apparently really, finally dead at the end of Final Chapter, Paramount had to figure out a new way to continue the series. A New Beginning is a shaky start to the next phase of the Friday the 13th saga, but it works for me for a couple of reasons.
I like that it jumps forward in time to put Corey Feldman's character Tommy in his twenties, still traumatized by the events of Final Chapter. There's no mention of where his older sister has ended up, but Tommy has been in a psychiatric hospital and is now being transferred to a halfway house. He's haunted by dreams of Jason's coming back to life though and is generally withdrawn and skittish.
When people start being brutally murdered at the halfway house (it's in the woods, presumably in the Crystal Lake area, but I don't remember that that's ever specified), New Beginning leaves the identity of the Jason copycat killer a secret until the very end. The film throws a lot of suspicion at Tommy, making sure that he's absent when the murders take place, but I enjoyed stubbornly refusing to believe that it was him. I had no idea who else it might be though, with my totally illogical guess being that maybe it was the guy who ran the halfway house, because he disappears halfway through the film and only turns up again towards the end when someone discovers his murdered corpse. Unfortunately, the actual identity of the killer is out of nowhere and underwhelming. It makes sense, it's just not revealed in any interesting way. But I still like that there's so much focus on the mystery of the killer's identity like in the first film.
That was my overall experience with New Beginning. I like about as much as I don't like. And that includes the pool of potential victims. The halfway house's cook and his grandson Reggie are both super charming and cool. I also really like Violet, who's into New Wave music and dances a great Robot. I would have so had a crush on her in 1985. The couple who run the house are great, too, and I mostly like the resident Jake up until his awkward scene trying to get another resident to have sex with him. I also really, really like Tommy and don't want to believe he's hacking people up.
On the other hand, sex-crazed Tina and Eddie are obnoxiously one-dimensional as are the house's hillbilly stereotype neighbors. The final resident Robin is just bland. So New Beginning has some characters and elements that I like and a bunch of stuff that I don't. And also in the negative column is the cliffhanger revelation that thanks to the combination of Final Chapter and New Beginning, Tommy actually has finally been traumatized to the point that he's ready to pick up the mask and machete himself to be the series' new villain.
Knowing that the title of the next movie is Jason Lives and not Tommy Attacks, I'm hopeful that it retcons this development, but by now in the series I'm ready for anything. 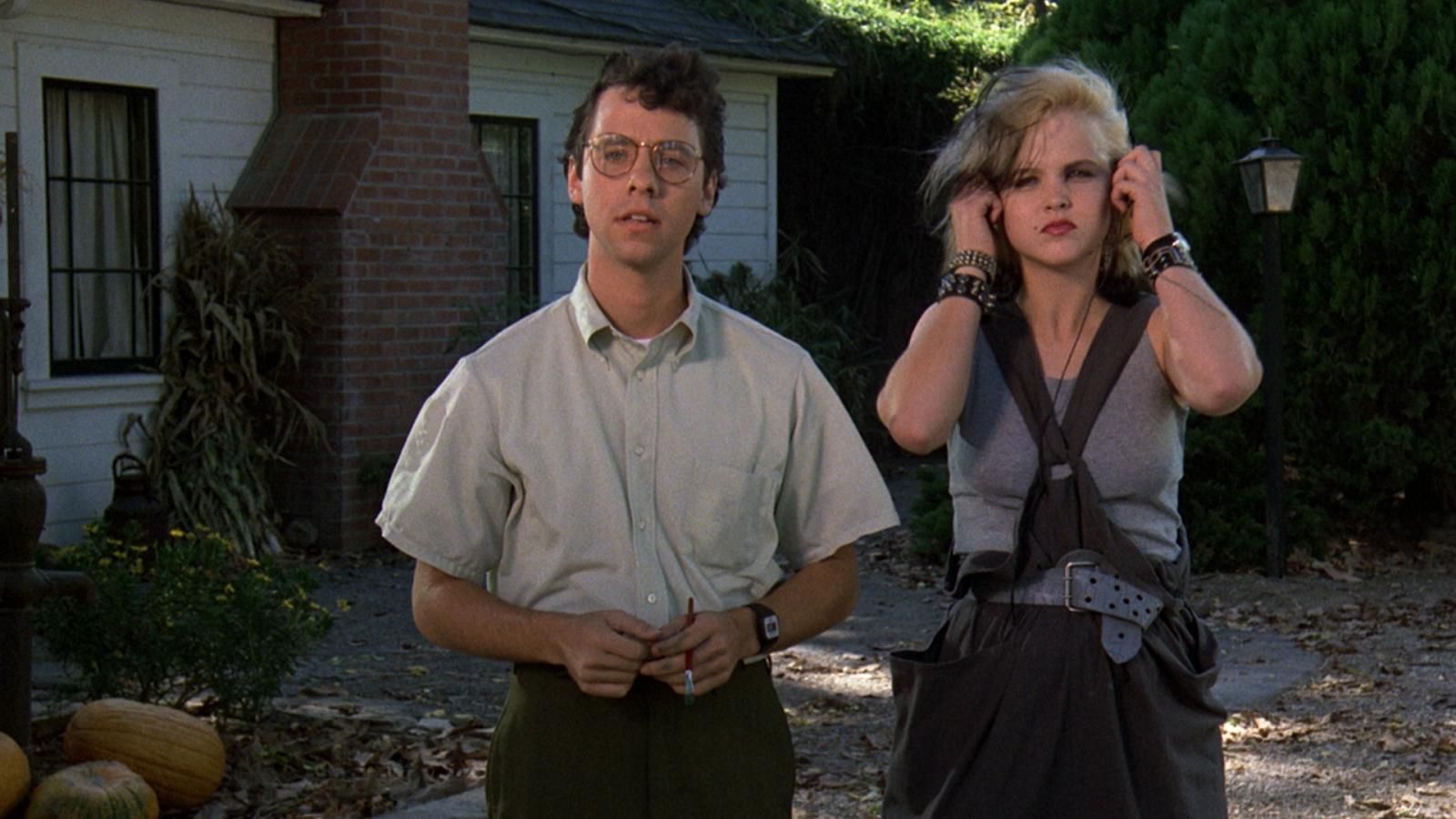 I have alternately hated and enjoyed this one over the years. I feel like the killer is sometimes telegraphed, with the odd close ups or whatever. But, without Jason as the killer, the film still does hit all the Jason beats. Reggie is great. Pam should have died and just let Reggie and Tommy be the "final girls". :)