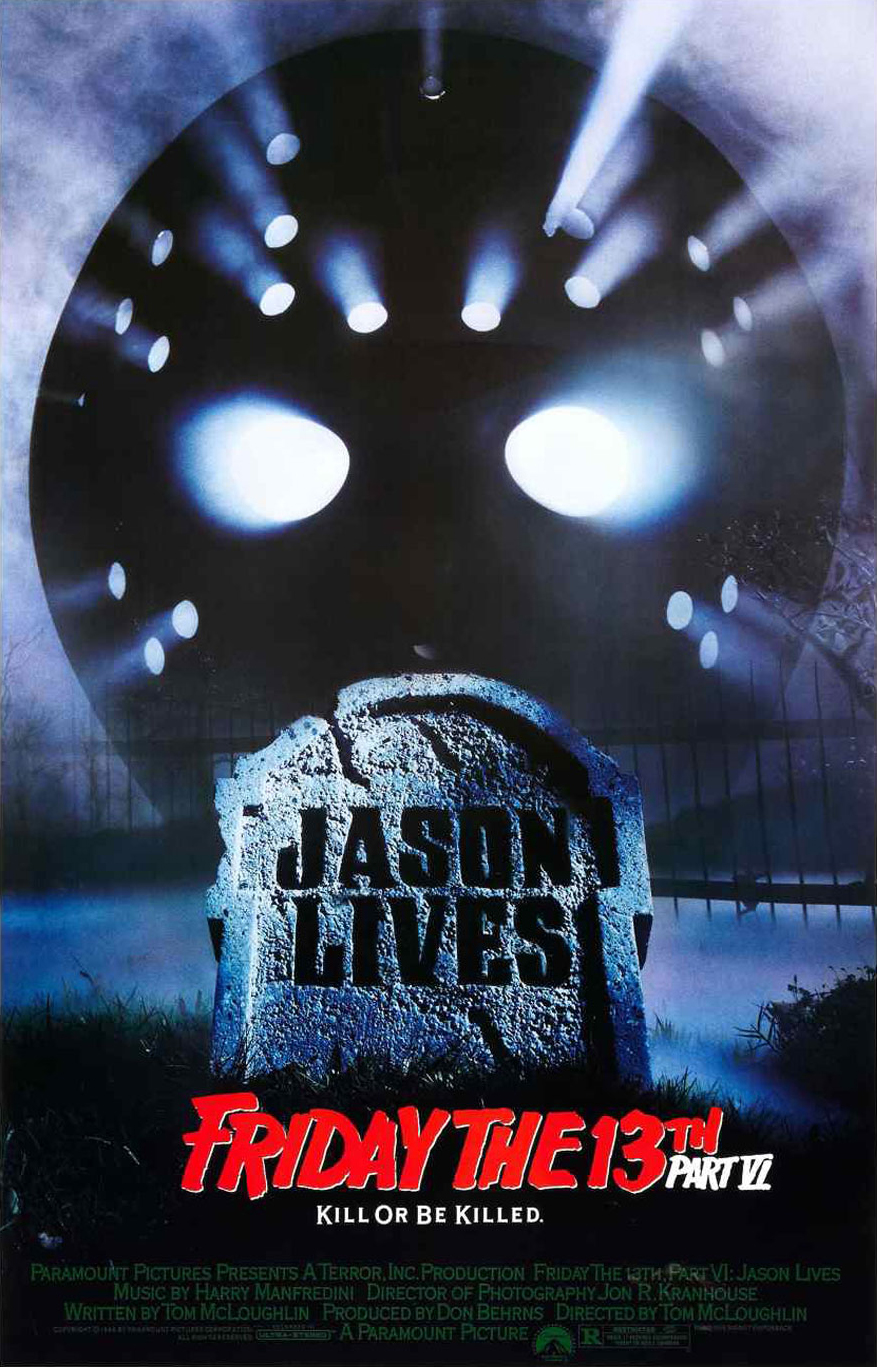 I'm a bit ticked off at Jason Lives for how much it ignores the continuity of Final Chapter and New Beginning. It continues using the character of Tommy Jasper, but completely ignores the fact that New Beginning ended with Tommy's about to murder his halfway house mom, Pam. Pam is never even mentioned, nor is Tommy's sister Trish (though to be fair, New Beginning never brought her up either). And just as frustrating is the change in Tommy's personality. He was super traumatized in New Beginning and I felt horrible for him. In Jason Lives, he's basically Dr Loomis from Halloween: a little unhinged and very ranty about the dangerous killer on the loose, but otherwise functional, even to the point where he can grin and banter with the female lead.
Part of me wants to come up with my own explanation for what happened at the end of New Beginning. Tommy clearly did not kill Pam since the sheriff in Jason Lives knows who Tommy is and doesn't have a murder warrant for him. So maybe Tommy's putting on Jason's mask and picking up a knife in New Beginning was just one last bit of trauma working itself through him, but he realized what he was doing and stopped it before Pam even noticed. Who knows? I don't really care, because obviously the film series doesn't. But it's disappointing.
I like that Jason Lives gets back to the summer camp setting and especially that it ups the stakes by having actual children campers present. I think it kind of cheats in dealing with the kids, but at least it shakes up the scenario some. As much as I like that though (and the counselors Sissy and Paula are likable), I never really got into the rest of the movie. It's impossible to take seriously with its wacky paintball combatants or the cartoony relationship between the sheriff and his daughter.
And then there's the weird, Frankenstein way that Jason is brought back to life. I buy that Tommy wants to dig him up and cremate him to stop the nightmares. But there has to be more to Jason's resurrection than just a lightning strike. We need some magic or demonic possession or something. I'm curious to see if future installments try to explain any of that or if we're just supposed to be so happy that Jason's back that we don't need a cause for it. If the series doesn't offer anything in the next movie or two, I'll come up with something on my own. Probably involving Pam and Trish, because where are they?!
Finally, there's the ending in which Tommy decides that the only way to permanently destroy Jason is to return him to the bottom of the lake where he was thought to have drowned as a kid. Because why? It's a rubbish theory born of desperation and makes Tommy look even more ridiculous than he already does.
To the movie's credit, it doesn't even suggest that the theory works. Tommy gets Jason into the water, but Jason is explicitly shown to still be alert and active down there. His hands are free and there's only a loose chain around his neck holding him to the lake bottom. I don't know how much time passes between Jason Lives and the next movie, but if it's more than ten seconds it's only because Jason's voluntarily taking a little break. 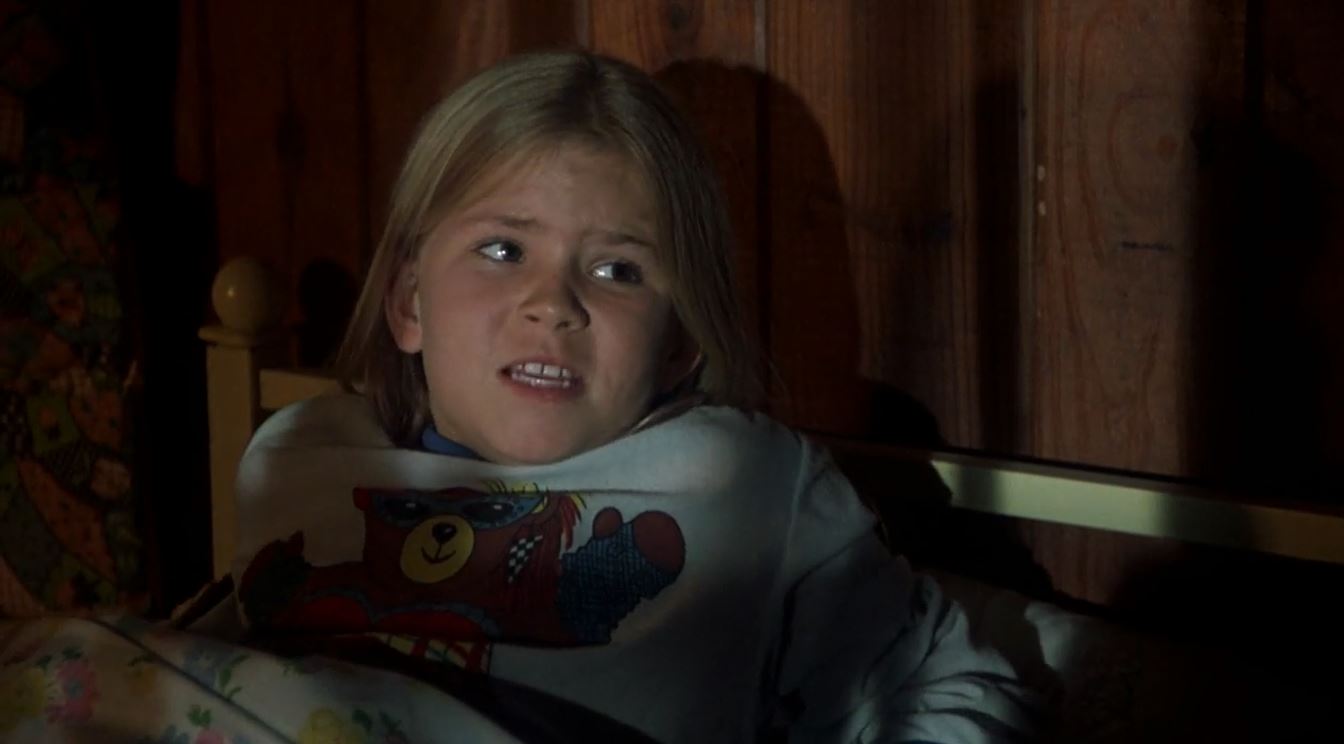 Ouch! This is one of my favorite entries in the series. So much fun. Love this version more than the stoic Tommy from Part 5. It is all so very 80s, and I just love the blend of the Jason stuff with some fun. Makes it more enjoyable than trying to take it all so seriously. And if you want more explanation about why Jason is so... different, wait until Jason Goes to Hell (Part 9) - and then be sorry you asked! LOL

I've heard from other folks that this is one of their favorites, too. I think once I've seen them all through this continuity-exploring point of view that's what initially attracted me to the series, I might enjoy them differently on another watch-through. It's not that it's all about the continuity for me right now, but that is a major thing I'm thinking about as I watch.