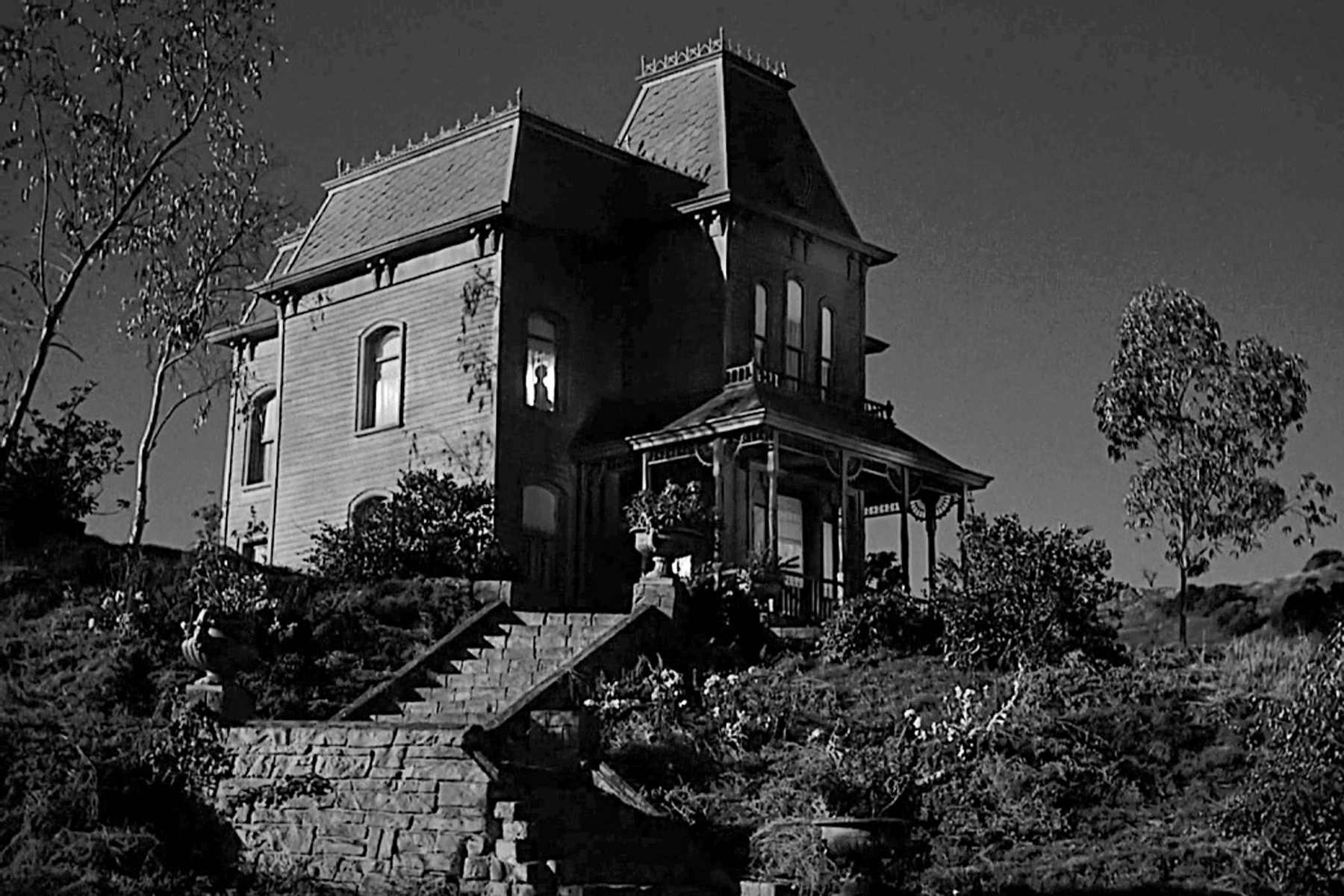 Psycho is a nearly perfect film. The way it builds tension and mystery and keeps first time viewers guessing not only about the plot, but even about what genre the film is and who the main characters are. It's so bold.
But it's great for repeat viewing, too. That iconic, creepy house and the almost as creepy motel at its foot. Anthony Perkins' sympathetic (at least at first) portrayal of Norman Bates. The cat and mouse of Lila and Sam's trying to learn what happened to Marion and Norman trying to keep his secrets. And of course the shocking murders and the discovery in the cellar.
The only thing that drags about it is the psychologist's long info-dump at the end, but by then we're pretty much done anyway and I'm already waiting for that last shot of Norman with his voiceover.
at October 08, 2020

Psycho is indeed a great film. The only weakness is that it is so iconic that most folks going into a first viewing know almost exactly what to expect. I didn't see it until I was in 9th grade (Fall of 1998) and I was impressed despite already having known the plot. It's one of those films I would have loved to have had the chance to go into completely in the dark about. It would have been an amazing experience.

Psycho was a trailblazer for the slasher genre, popularizing the costumed killer with a knife.

It’s curious how many parallels it has with Vertigo were the leading lady dies halfway through and the rest of the film is an investigation into her murder. Lila and Sam are a bit stiff, but fortunately Norman’s charisma helps carry that second half.

Absolute favorite. I forgive the info dump at the end, since it was 1960 and the majority of the audience would have been confused a bit by what Norman was doing, dressed as his mother.