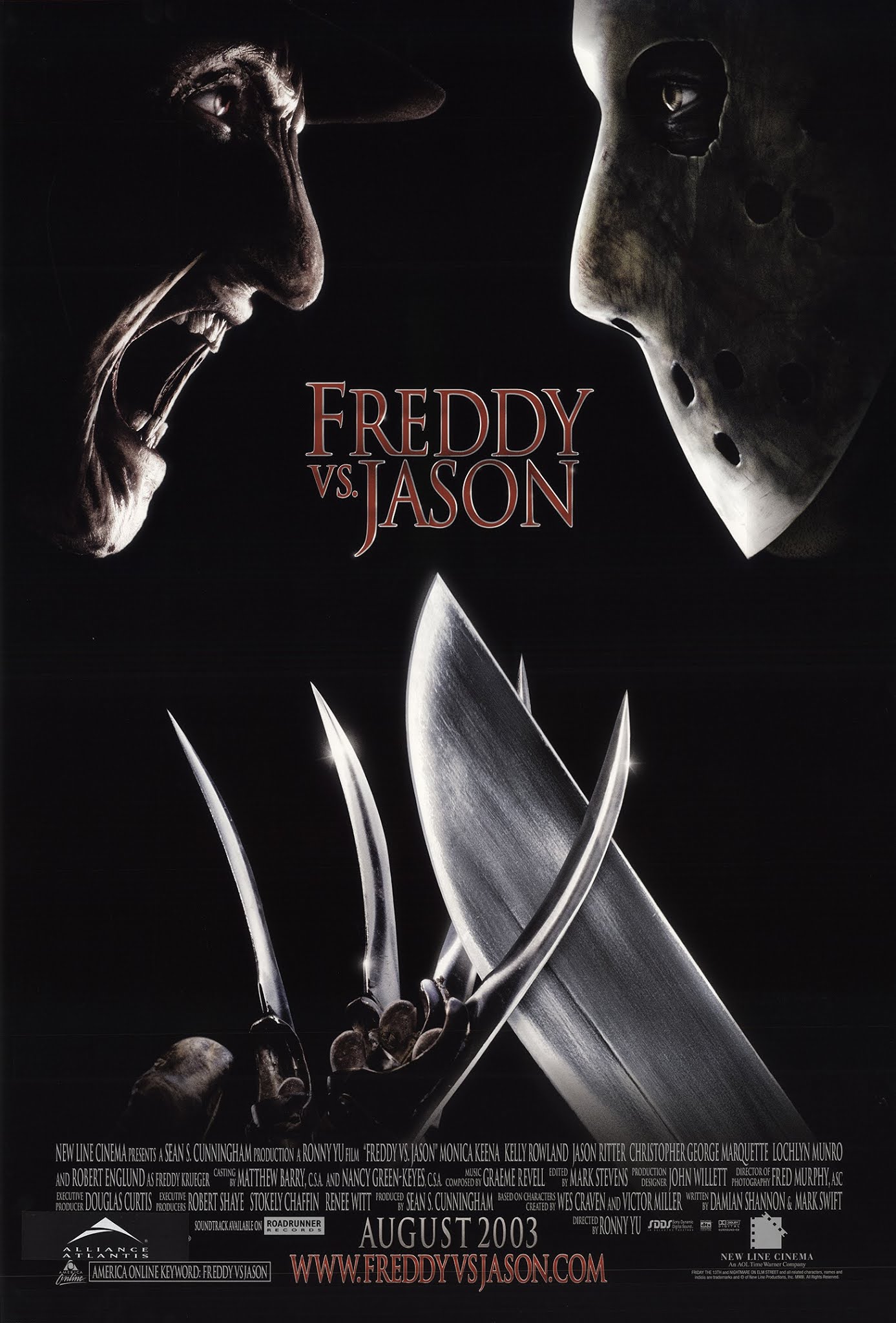 Wait a minute, Mike! Haven't you skipped Jason X?
Yep! But I'm coming back to it.
My plan was always to tackle these movies in the order they were released, but I watched about five minutes of Jason X before realizing that a) most of it was going to take place in the far off future, and b) that it was totally ignoring the events of Jason Goes to Hell.
I've finally accepted that these movies are no longer an actual series chronicling a sloppy epic. As far as the filmmakers are concerned, this might as well be an anthology series with each part being standalone. But dammit I started this project looking for an epic and Jason is going to have to cut my hands off with a machete to make me let go of that idea.
Since Jason Goes to Hell ended with Freddy Kreuger's reaching up from Hell to grab Jason's mask, I hoped that Freddy vs Jason would follow up on that at least better than Jason X did. And it does.
It's a great premise for a crossover. I'm not up on the later Nightmare on Elm Street movies, so I don't know how closely Freddy vs Jason ties into those, but what's going on is that Freddy is trapped in Hell because the people of Springwood have figured out that if they can keep people from talking or even thinking about him, he'll have no power over anyone. In order to change that, Freddy somehow orchestrates events in Hell to send Jason back to the physical world where he can start killing folks in Springwood. Freddy knows that this will start whispers about Freddy again, allowing him to regain more and more power the more Jason kills and the louder the whispers get.
Too bad for Freddy though, Jason has his own notoriety and people start to figure out that it's him doing the killing and not Freddy. But by then Freddy has accumulated enough power to manifest himself and he jealously tries to take out Jason before re-embarking on his own murder spree. It makes total sense from a story perspective and the battles between the two horror icons are excellent (outside of a silly, but brief moment suggesting that Jason is afraid of water because he almost drowned as a kid).
The kids in the movie are all pretty great, too. Monica Keena (Bill Pullman's sister in While You Were Sleeping) is the main character and Jason Ritter plays her boyfriend. Kelly Rowland is fun best friend character and I really liked the character of Freeburg, a stoner with my favorite line in the entire Friday the 13th series: "Dude, that goalie was pissed about something."
The movie ends with Jason more or less victorious and free to run around and get captured offscreen in time for Jason X. So I really like this one and it makes me not want to wait until next Halloween to finally catch up on the Nightmare series. 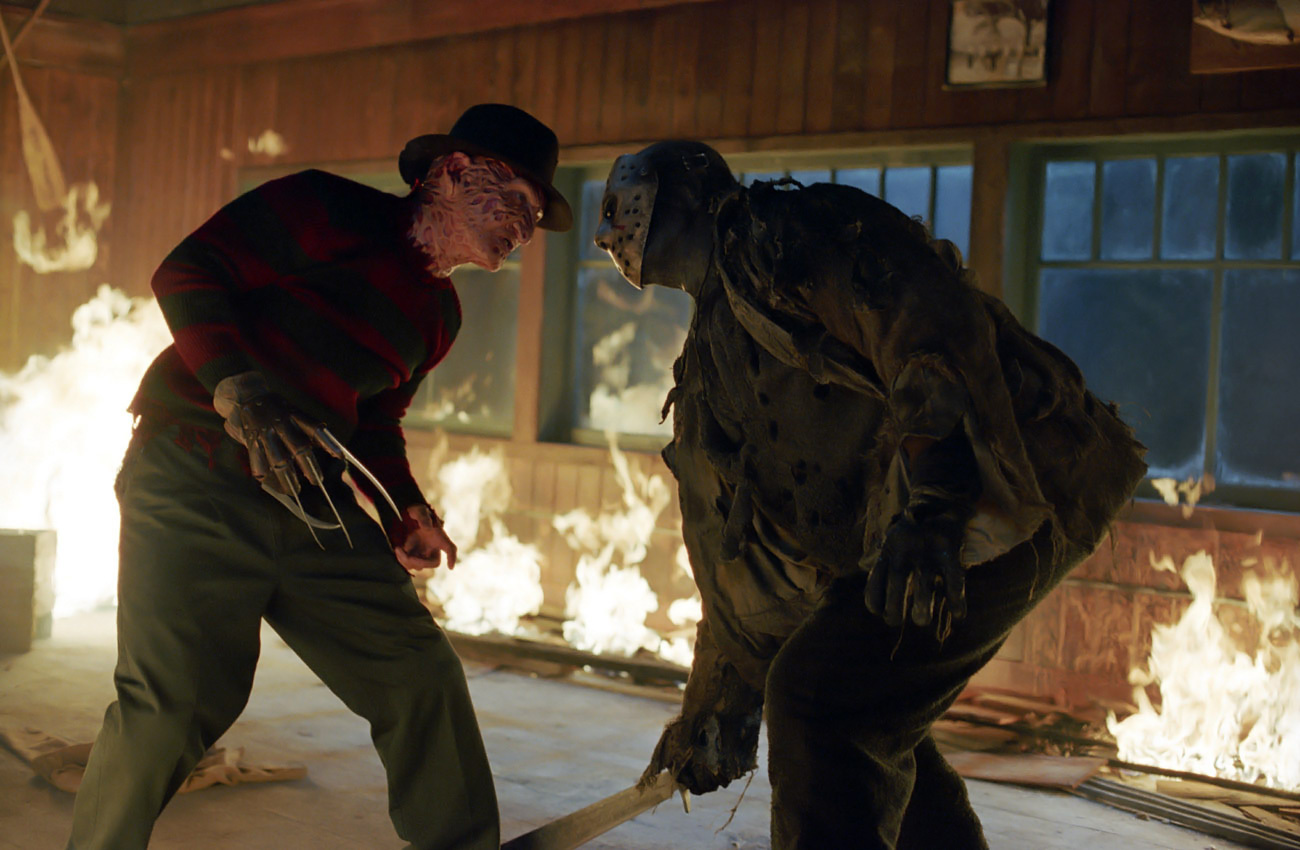 The water thing annoyed all F13 fans, cause Jason was in the water A LOT. But otherwise, good, fun film. Love the battle between them. And I liked Jason victorious, even if Freddy isn't down forever. Are they ever? LOL

As for watching the Nightmare films, do it whenever and bank your posts, you will be ahead of the game for Halloween 2021!