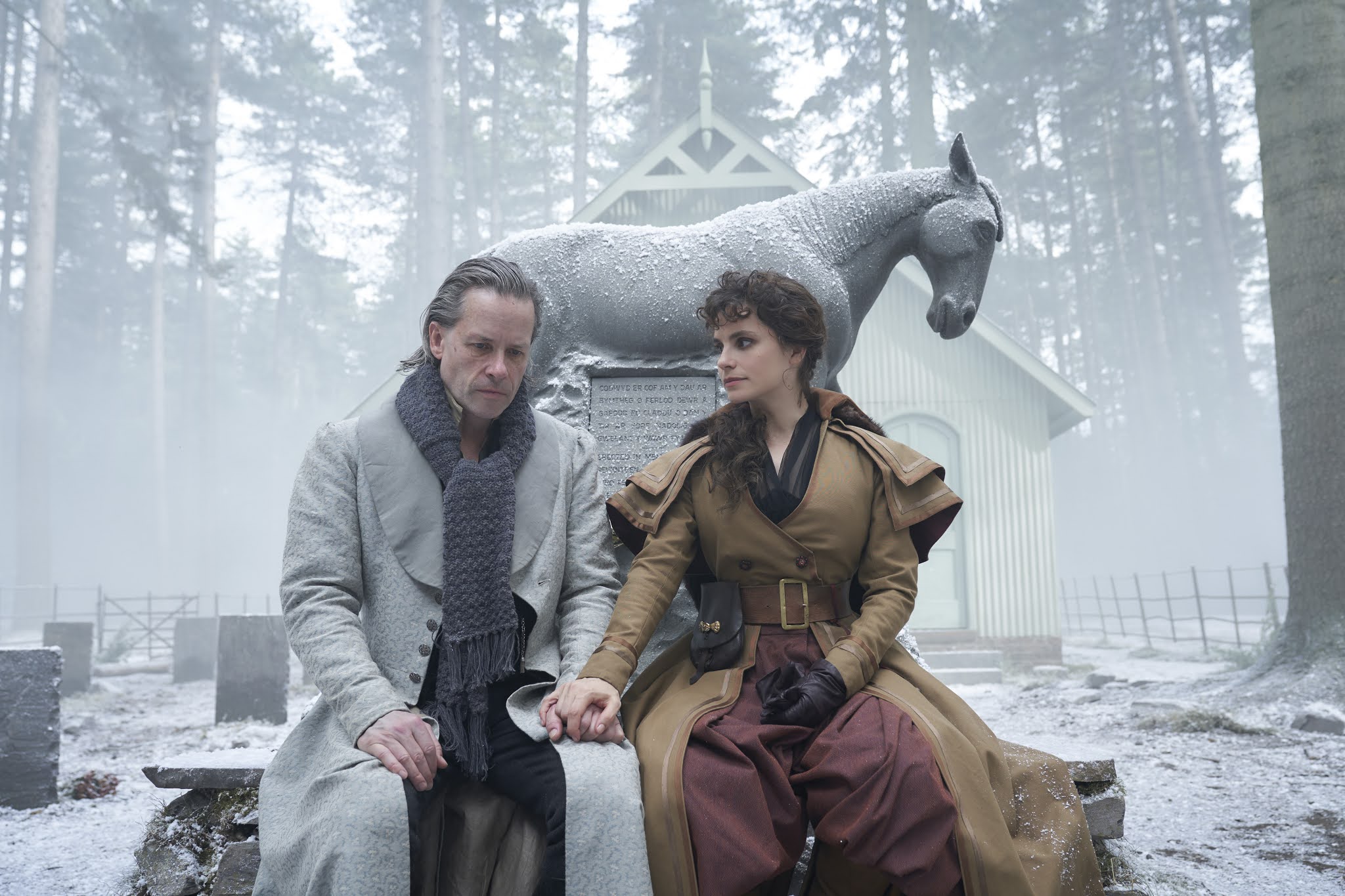 All three of these posts have been spoiler filled, but since this one covers the end of the story, here's a BIG OL' SPOILER WARNING for it if you haven't seen this version and would like to.
Part One
Part Two
Chapter Three opens where the previous episode left off. Bob Cratchit's wife Mary is walking through the streets of London on Christmas Morning to keep her appointment with Scrooge. She believes that she's going to have sex with him for the money she needs for Tiny Tim's operation, but that's not actually what Scrooge is interested in.
As he mentioned in Chapter Two, this is an experiment. He doesn't have to actually sleep with her to prove his point. He just wants to see if she'll go through with it. And he does, letting her get naked before explaining that he's only concerned with proving that his world view is correct: that money is in fact the most important thing in the world; more valuable than even the virtue of a good wife and mother.
But there's a flaw in his calculation. He acknowledges that she wants the money for altruistic purposes, but he also dismisses that fact as unimportant. He's so focused on money as a goal in itself that he never considers that it's a secondary concern to Mary, nothing but a means to save her son.
At the end of the scene, Mary is humiliated and suggests that she has the power to call forth spirits to hold a mirror up to Scrooge so that he might one day see himself as he really is. She describes her power as innately feminine and I wish the miniseries dug into that more, but I accept that she has the power, wherever it comes from. It's a cool twist that this whole story has been instigated by her. (And there's an awesome suggestion at the end that she's ready to do it again for other people who need it.)
This pretty much wraps up the Christmas Past section and the chapter moves quickly through Christmases Present and Future. Present is represented by an older version of Scrooge's sister Lottie and Future is a creepy undertaker whose mouth is sewn shut to represent/explain his silence. I really dig Present's characterization of Future as a dark, terrible spirit and the final judge of Scrooge's fate that Scrooge's defenses and explanations will not sway.
Both spirits take Scrooge to the Cratchit house as well as to see the survivors and family of the mine accident caused by his and Marley's negligent cost-cutting. Nephew Fred and his wife never appear again after the first chapter, which is too bad since they're a favorite part of Dickens' story for me, but this version is very honed in on the parts it's paying attention to.
Like with the previous chapters, everything is very explicit. Scrooge continues to actively resist the ghosts, which leads to a lot of conversations about the difference between him and the people he's observing. The ghosts also point out the exact moments when Scrooge makes steps towards feeling something for humanity.
But as obvious as this stuff is, I was surprised not to miss the subtlety of Dickens' version. I like the conversations between Scrooge and Christmas Present, for example, when they're watching the Cratchits and the Ghost explains the advantages of having love instead of money. This adaptation is not about Scrooge having a quiet, gradual change. it's about the power of the ideas themselves.
And that stays true through the end. At the end of Future's visit, when it's time for Scrooge to repent, he surprisingly refuses to, but not because he lacks remorse. His compassion has been awakened enough that he sees the value of love and wants to express it with other people. But he also stubbornly insists on not explaining or apologizing, because he doesn't want forgiveness. The things he's done are unforgivable. All he can do is try in the Present to be better in the Future.
All in all, I really liked this version. It has a brand new approach to interpreting the story and I very much appreciate that about it. That's also why it can never be a definitive version for me, but I like what it adds to the discussion of Dickens' story and it's one I'll want to revisit from time to time.
at December 24, 2020