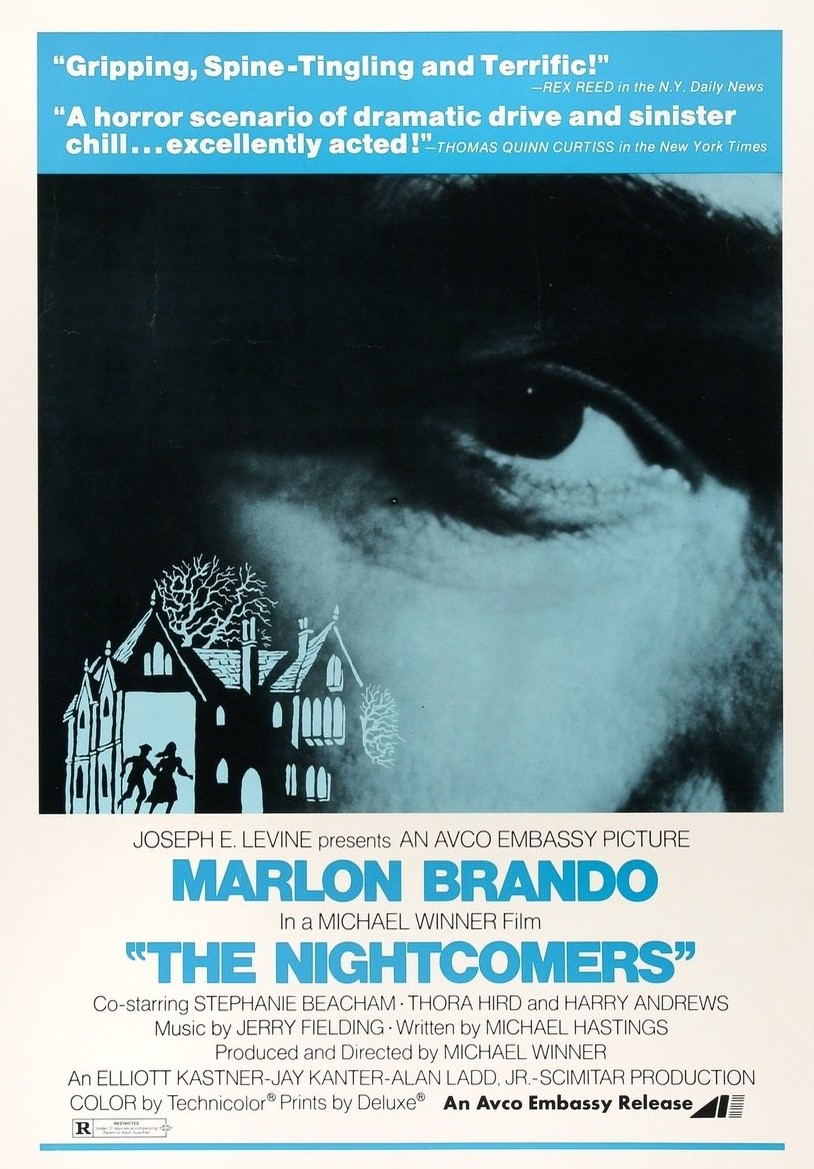 Now that I've finally finished the Little Women project, it's time to get back to adaptations of Henry James' The Turn of the Screw. I hadn't got very far in it. I wrote about the novella and two movie adaptations: the classic 1961 film The Innocents and an okay 1999 version re-titled Presence of Mind. Getting back to this series of posts properly, it's fitting to start with a prequel to James' novel.
Director Michael Winner is probably best known for Charles Bronson action thrillers like The Mechanic and the Death Wish series. That helps explain some things about The Nightcomers, which stars Marlon Brando as groundskeeper Peter Quint. In Turn of the Screw, Quint is long gone and may or may not be haunting the home of two kids named Miles and Flora. If his ghost is real, then the ghost of the kids' former governess Miss Jessel is probably real, too. But there's a lot of ambiguity about how much of this is all in the head of the children's current governess.

Part of what makes The Turn of the Screw fun to revisit is its refusal to explain exactly what's going on. That leaves it wide open for interpretation by various adaptations as they use the story to address a variety of different themes. And a big part of this is the mysterious backstory of what happened to Miss Jessel and her abusive lover and what relationship they had with the children she was in charge of. Peter Quint clearly had a powerful, negative effect on Miles, but was the abuse purely psychological or was it physical as well?

The Nightcomers takes a stab at answering these questions by showcasing the gardener's perverse ideas about the relationships between love and hate, pleasure and pain, and life and death. His point of view has a horrible effect on Miss Jessel and the kids, creating a dark, disturbing take on James' story. But it's also a valid and fascinating one.

As a fan of the novella, though, I was sorry to see some details from the book changed or ignored. Flora's age is a big difference. She's older in The Nightcomers and closer in age to Miles. I presume that's to mitigate the super creepy relationship between the siblings as they imitate the abusively sexual relationship of their older role models. It's bad enough as it is in the movie, but it would be even more horrific if Flora were the age she is in the novel.

A smaller change is the new governess who shows up near the end (and will be the protagonist in James' story). She's only there briefly, but comes across as more experienced and confident tham she probably should be. In the book, she's so excited about her new post that she gets out of the carriage once it arrives on the estate's grounds so that she can walk the rest of the way and explore. There's no such foolishness in The Nightcomers, which has her simply take the carriage all the way to the house.

These aren't really important changes though (even Flora's age) and they serve the story that the movie is here to tell. But they do get in the way of my thinking of it as a proper prequel. It's a compelling story, but also feels like an indulgent one with Winner highlighting the same unpleasantly gritty themes as in his other films.
Three out of five fake moustaches. 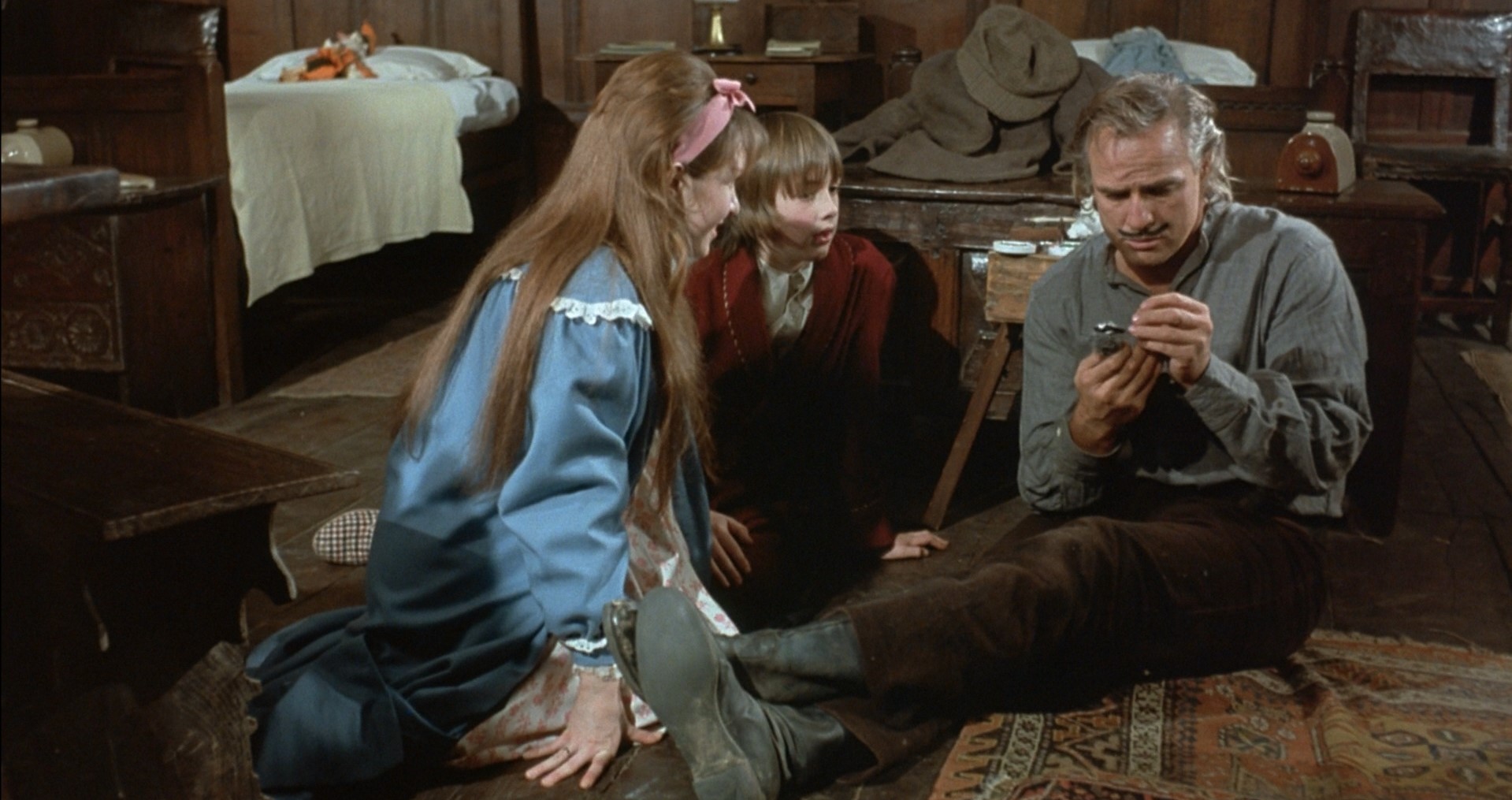