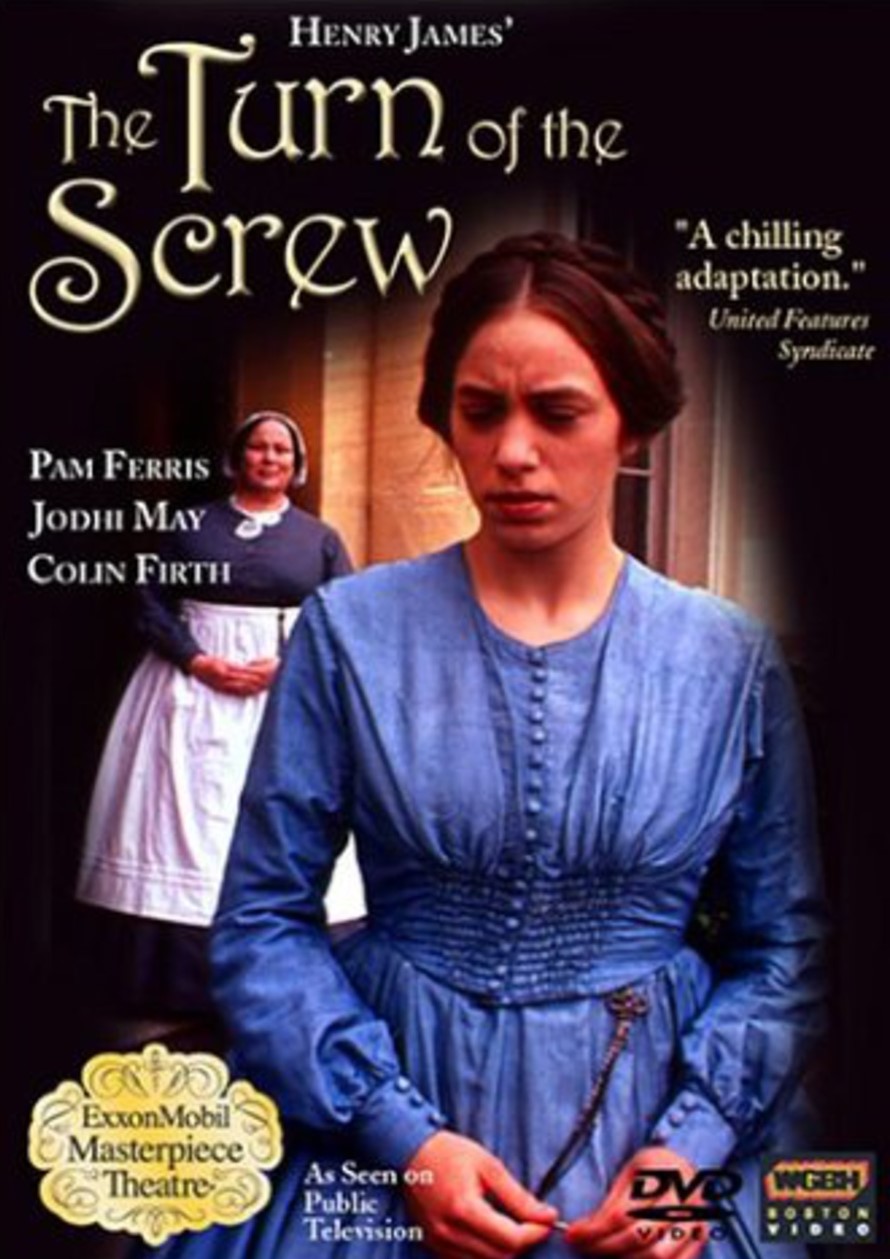 I first noticed Jodhi May as Madeleine Stowe's younger sister in the 1992 Last of the Mohicans. Her last name of course stood out to me, but I also thought she did a great job with a mostly thankless character whose main purpose is to motivate other characters. Anyway, I was excited to find out that she also played the governess in a 1999 Masterpiece Theatre version of The Turn of the Screw.
And it's excellent. It also has Colin Firth as the young, handsome gentleman who hires May's character to take care of his niece and nephew. And right away, I knew that director Ben Bolt was on the right track by having May's character be clearly smitten with Firth's. This is something that the novella is subtle about, but The Innocents emphasizes and I think it's crucial to explaining some of the governess' future decisions.
I didn't mention it when I wrote about Dan Curtis' adaptation, but its more experienced governess was hired by a stern, no-nonsense master who gruffly ordered her never to contact him. The lack of contact between master and governess is crucial to the plot, but I like it even better when it's not just a professional arrangement. Firth is kind with May and when he emphasizes that she'll be on her own with the children, it's not just a contractual arrangement. She's emotionally invested in pleasing him.
Her intense desire to do a good job affects everything. She becomes immediately, deeply attached to the kids, so when she starts seeing ghosts and learns that Quint and Jessel were past threats to the children and still may not be leaving them alone, she gets protective to the point of paranoia. She's nervous about the ghosts and suspicious of the children who seem to be under the ghosts' influence. May is amazing with all of this, showing her character's emotional and mental vulnerability right away and then allowing it to grow into something frightening and dangerous.
The film is so good at the psychological stuff that it doesn't even really matter whether the ghosts are real are not. Either way, the effect is the same, which is the perfect way to think about them. It's the same in the novella. I like believing that the ghosts are real, but they don't mean anything if I don't understand and feel their effect on the governess.
Miles and Flora are great in this version, played mostly as sweet by Joe Sowerbutts and Grace Robinson, but with occasional periods of mischievousness. In Curtis' version, the kids have been corrupted by Quint and Jessel and are now mostly naughty under a thin veil of sweetness. In Bolt's version, their natural inclination is to be good, but Miles especially is haunted by dark thoughts put into his head by Quint. That struggle affects Flora, too, and the two of them occasionally act out as a way of testing themselves and their governess to see if their relationships can survive the misdoings.
Jason Salkey's Peter Quint isn't a particularly shocking ghost, but he's none the less terrifying. Even without scary makeup, he's an imposing, brutal figure. Caroline Pegg's Miss Jessel is more conventionally frightening in her black dress and malign stare. She's a great, gothic ghost and maybe my favorite interpretation of the specter so far.
This version is so well done. Its interpretation of the story is well thought out and easy to follow, all the way up to its explanation for Miles' death at the end.
Five out of five disturbed duennas. 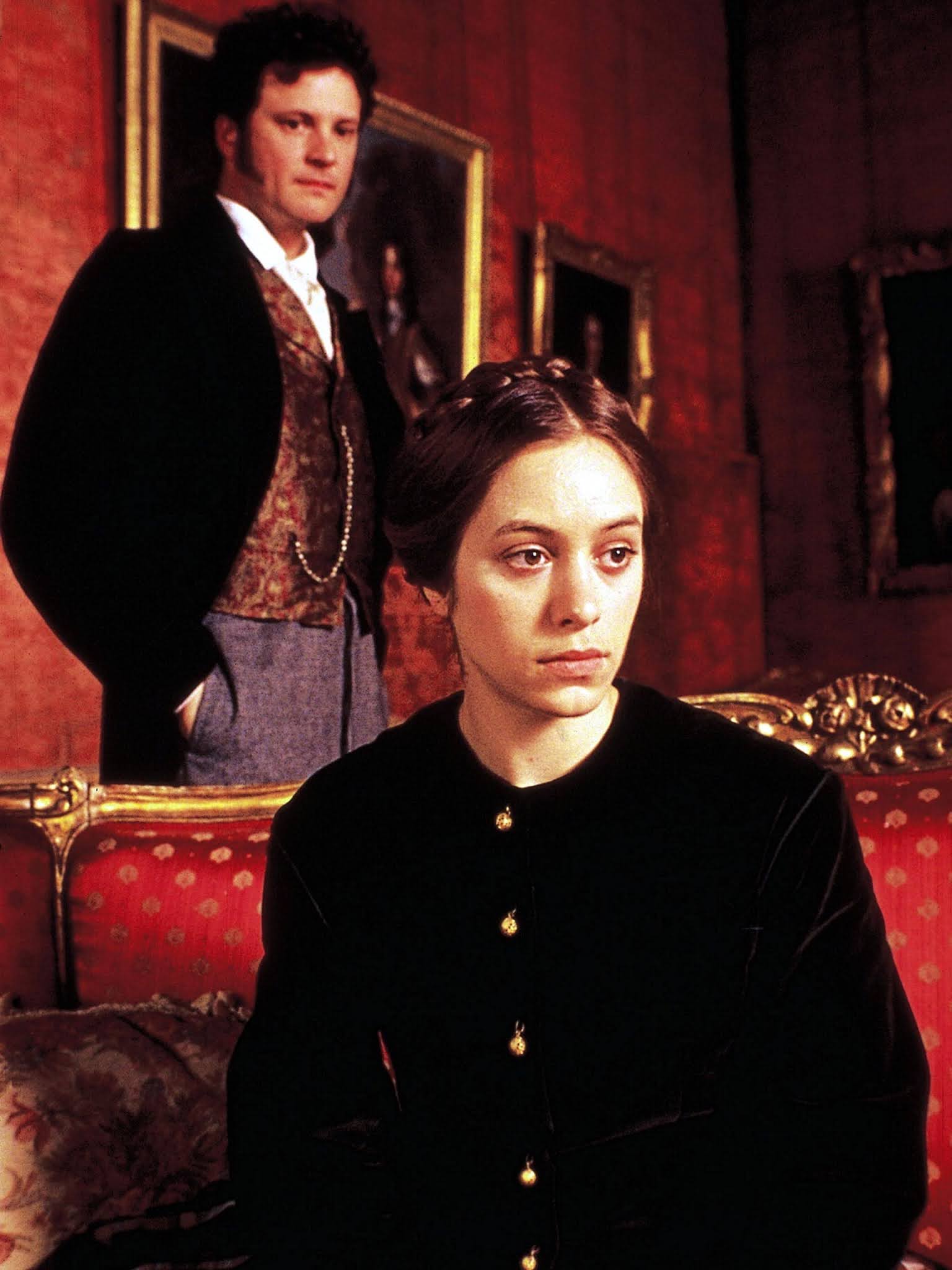