Writing is Hard: Humans are humans 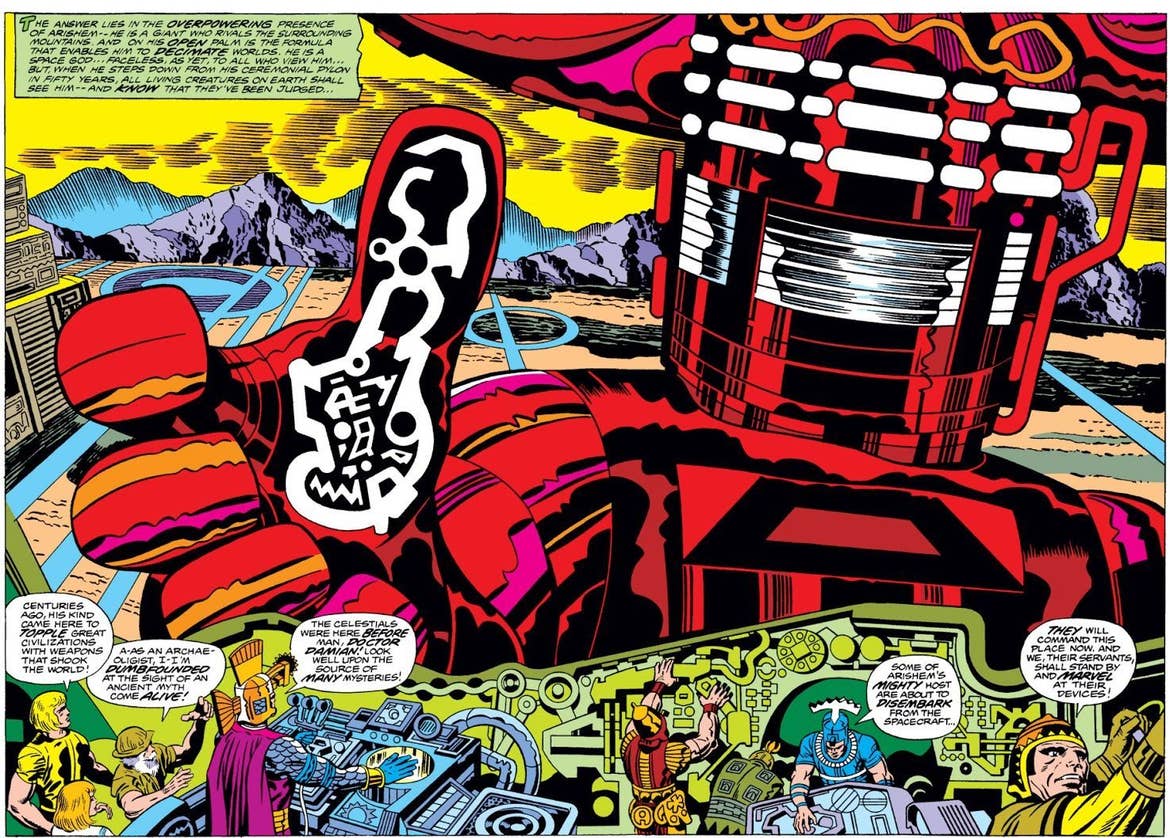 After the last After Dinner Lounge episode, Erik Johnson made a comment on Twitter that reminded me of something I want to drop here. Jack Kirby came up in the podcast thanks to Evan's reading The Eternals, which led Erik to write, "I’m foaming at the mouth with excitement hearing your Jack Kirby discussion being such a big fan of the man’s work, but I will admit my knowledge dips off after Silver Age years. His visuals are still great but the writing is a bit out there."
Thinking about Kirby's writing reminded me of a piece of writing advice he gave that's stuck with me ever since I read it. I've reinterpreted it and probably misquoted it through the years, so I want to document it here in case I need to refer to it again.
In an interview posted at the Jack Kirby Museum, Kirby said that "Superheroes may be superhuman in stature but inside they’re human beings and they act and react as human beings [...] It  doesn’t matter whether you’re doing legendary characters like Hercules or modern characters, you’ll find that humans are humans and they’ll react the same way in certain situations."
That's profound and like I said, it's always stuck with me. You can put characters into all kinds of crazy, outlandish situations, but as long as they act like real people, as a writer you'll always be okay.
at February 25, 2021

Now I feel challenged to pin down some specifics of my likes and dislikes about Kirby’s writing in the 70s.
I’m sure my initial reaction to his text is from the absence of Stan Lee’s carnival barker style dialogue and indulgent narration prose.

The first Eternals paper book collection is on Hoopla now, so I may need to do a deeper dive.