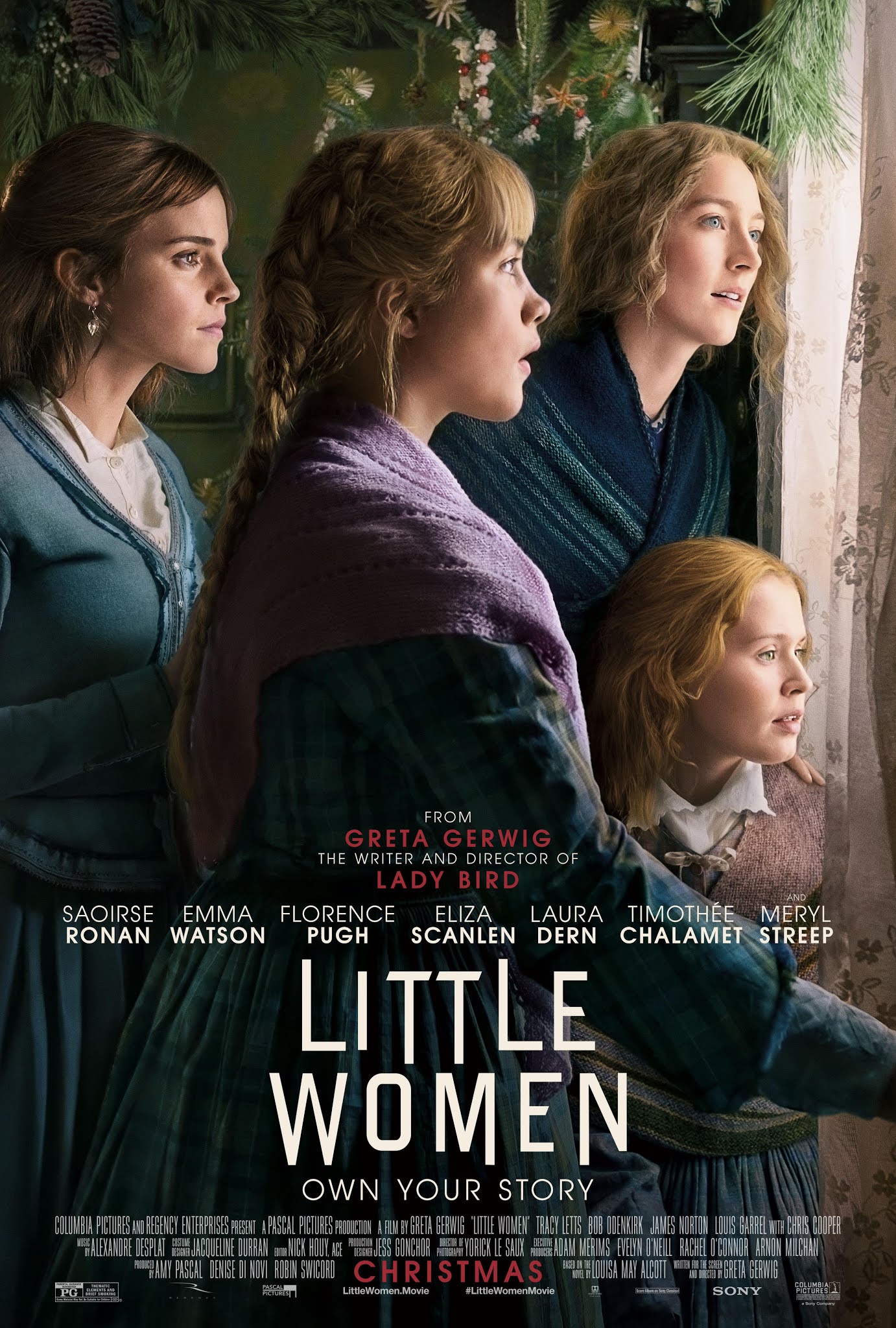 And so we're back to the movie that started me on this journey. Greta Gerwig's adaptation was my favorite film of 2019 and sent me to finally reading the book and watching all the other versions I could get my eyes on. I was curious and eager to watch it again now that I know the story much, much better.
I gotta admit though, after re-watching and loving Gillian Armstrong's 1994 version, I was a little afraid that I wouldn't love Gerwig's adaptation as much in comparison. But that's not the case. This project did reveal that some of Gerwig's techniques aren't original to her, but even though they're important to my enjoyment of it, Gerwig lays a tone over the story that makes it distinctly hers and so heart-warming.
Armstrong was the first to infuse the story with overtly feminist commentary. The 2017 BBC miniseries added shots of Jo's school at the end, giving viewers a peek at the futures of the characters. And surprisingly, it was the 2018 modern-day retelling that innovated starting the story with Jo in New York and using flashbacks to bring the earlier story up to speed. Gerwig repeats all of these tricks and does them super well.
The 2018 movie uses heavy visual cues to denote the transitions between the present-day narrative and the flashbacks, but Gerwig is more subtle. She lets memory and the present flow naturally together and then trusts the viewer to keep up with some help from color filters, hairstyles, and other context clues. She also doesn't just insert the flashbacks in the order they happened in the book, but puts them at relevant spots that are connected to whatever's going on in the present.
I especially love Gerwig's feminism, because it's so heart-felt and natural and never didactic. Jo's speech always tears me up when she talks about how women are so much more than just beauty and love, but that doesn't help the fact that she's profoundly lonely. And then there's Meg's insistence that feminism isn't about rejecting marriage, if marriage is truly what a woman wants. And Amy's defense of marriage as an economic proposition, because that's the deal that society has given her. And I'm in awe at how Gerwig eats her cake and still has it too with the romcom trope of Jo's chasing Friedrich Bhaer to the train station, commenting on and subverting it while still delivering it in a crazy satisfying way.
As she builds on these approaches from other films, Gerwig also adds completely new touches. Her March sisters are gloriously lively and rambunctious. They wrestle and run and talk over each other. It's no wonder that Laurie, alone in his own home with only his quiet grandfather and the household staff for company, longs to be next door.
Speaking of Laurie's grandfather, Chris Cooper is easily my favorite iteration of that character. In a lot of these adaptations, I've enjoyed identifying MVPs who bring various non-Jo characters to life in surprising ways. Claire Danes' Beth in 1994, for instance. Or Emily Watson's Marmee in 2017. Gerwig's movie has several stand-outs, but the older Mr Laurence deserves extra mention because that character often doesn't have a lot to do.
Gerwig's script and Cooper's performance make me feel how much Mr Laurence misses his daughter and how much he relishes Beth's filling that spot in his heart... only to have her ripped out of it again. It's so tragic and Cooper lets me see just how horrifying it is, and yet the character doesn't give into despair, but allows the rest of the family to comfort him even as they're suffering under their own grief. The two households love and support each other and not just after Beth is gone. It's a lovely picture of what neighbors can and should be for each other.
(Speaking of which, I adore the scene when the March women take their Christmas breakfast to the Hummels and tramp past a church as people are gathering for worship. I can cynically read that as an indictment of a certain kind of religion that elevates ritual above actually putting one's faith into practice. Or I can more generously see it just as a statement that what the Marches are doing is worship. I prefer the latter, because we don't know any of those people gathering for church or what their motivations might be or how they are or aren't practicing their beliefs in the rest of their lives. But the symbolism works both ways and either reading is valid and powerful.)
Another thing Gerwig does remarkably well is Amy and Laurie's relationship. It helps that Florence Pugh and Timothée Chalamet are amazing actors, but the script fully embraces the novel's scenes of Amy and Laurie in Europe, helping each other to grow up and mature through some things that are holding both of them back. And then there's maybe my favorite scene in the movie where Laurie tells Amy that she shouldn't marry Fred Vaughn and hints that she knows why he objects and she stops him cold.
"That's mean, it's just mean of you," she says. "I've been second to Jo my whole life in everything and I will not be the person you settle for just because you can't have her. I won't do it. Not when I've spent my entire life loving you." I fully believe her and it murders me.
So, yeah. I can say with certainty now - having seen all the other major adaptations - that this is still my favorite with 1994 being a close second and the 2017 BBC miniseries close behind that.
Five out of five letters from Father. 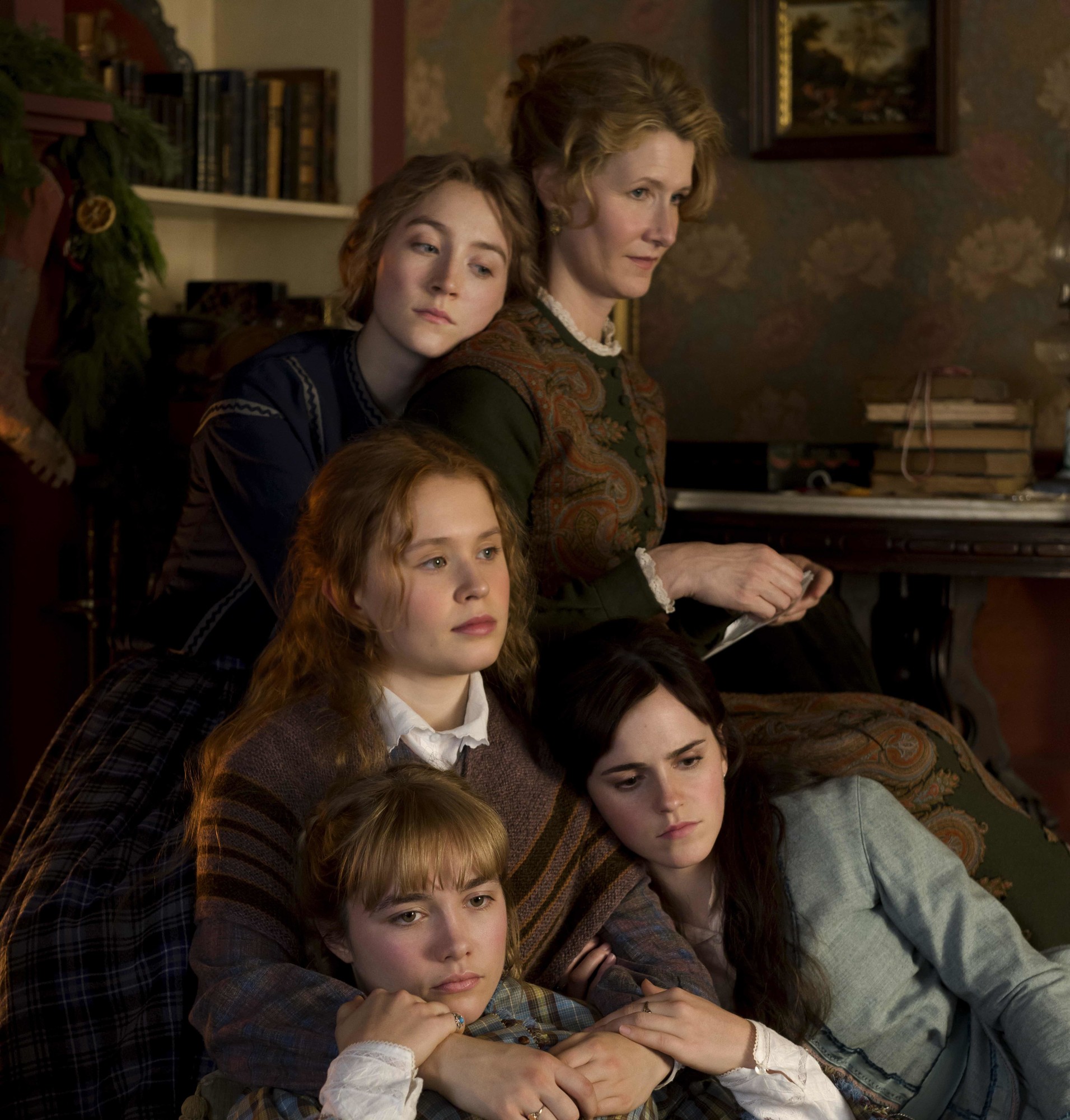