The Turn of the Screw: The Opera by Benjamin Britten 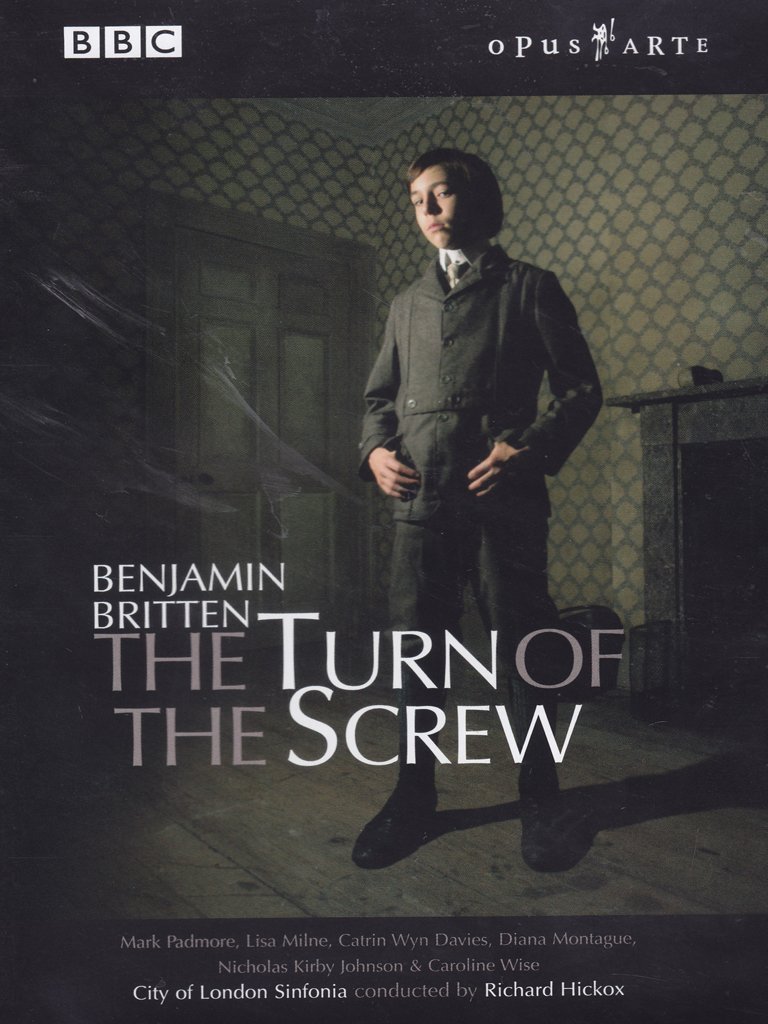 In 1954, composer Benjamin Britten debuted his operatic version of The Turn of the Screw. I watched a performance directed by Katie Mitchell with music by City of London Sinfonia. I've had a hard time verifying when it was recorded, but that's not important anyway. It's sometime within the last couple of decades and Mitchell's given the production a stark, modern quality with minimalist sets. I've seen photos of other productions that embrace the story's period, gothic atmosphere and I wish those were available to watch. Even though I don't love the version I saw, I'd be interested in a live production with a more opulent look.
It's impossible to tell how many of the changes to James' story are Britten's and how many are Mitchell's, but whoever's responsible, the performance I watched is explicit about the existence of the ghosts. They not only appear to Miles and Flora when the governess isn't around, but they also appear in one scene together alone with no mortal humans to witness them. This emphasizes what I've decided for myself lately: that whether or not the ghosts are real, their power in the story is what they did to the children while still alive. The haunting can be literal or figurative, but it's the same result either way. The kids are screwed up, the governess senses it, and because of her inexperience and delusion that she's capable of handling the situation, she screws the kids up even more.
While I don't care for Mitchell's spartan set, I do quite like the look of her ghosts. Both are dressed in unnatural, electric blue fabric and have blue coloring in their hair. Peter Quint (Mark Padmore) also has an ugly, red wound on the back of his head, relating to how he died. And Miss Jessel's (Catrin Wyn Davies) hair is wild and her dress is hanging loose, perhaps suggesting her drowning, but also giving her a disordered, abandoned look. That could be related to her general nature or to her victimhood by Quint, neither the opera nor James' novella give enough detail to know. But it works both ways and the ghosts are plenty striking. They're my favorite thing about this production.
Sadly, the other characters can't compete, even though the actors are all good. Operatic acting is different from film acting, but Lisa Milne is especially excellent as the governess, always looking around in curiosity, awe, or terror. But the production doesn't focus much on her. It's more interested in the ghosts and their influence over Miles (Nicholas Kirby Johnson) and Flora (Caroline Wise). The kids are close in age in this version, so the story loses the horror of Miles' adding his own manipulative influence over Flora, but that element isn't crucial in this version. Quint has targeted Miles and Jessel has targeted Flora and the unnamed governess has to try to rescue both.
Unfortunately, a side effect of the increased attention to the ghosts - both in how great they look and the amount of time they're on stage - is that the governess becomes dull in comparison. Britten's lyrics give her plenty to moan about and struggle with, but she can't compete with the ghosts. And she really needs to for the story to work. It has to be her versus the spirits with the kids at stake. And since the kids in this version can't really compete with the ghosts either, the consequences of the ghosts' winning aren't as dire and the whole production is off balance.
Two out of five apparitions of alarming associates. 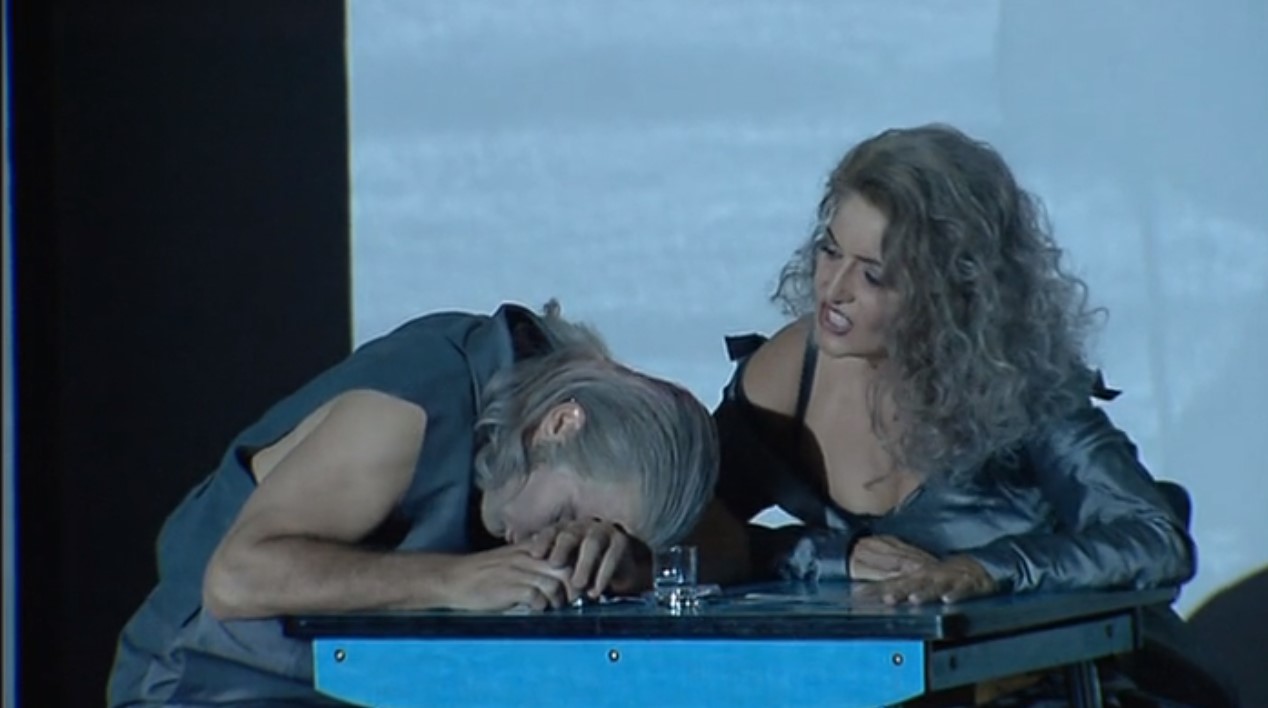