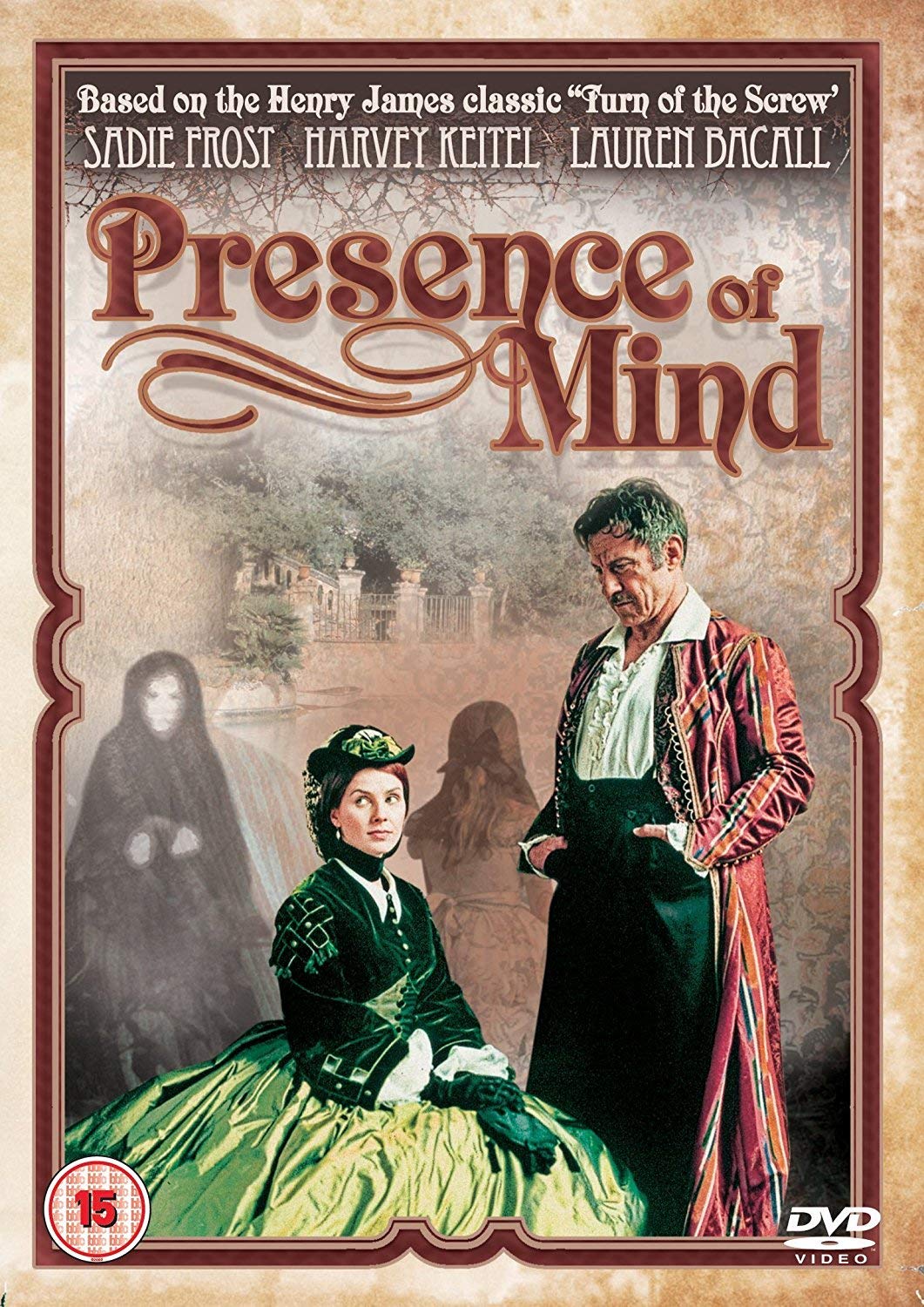 Who's in it?: Sadie Frost (Bram Stoker's Dracula), Lauren Bacall (To Have and Have Not, The Big Sleep, Dark Passage, Key Largo), Harvey Keitel (The Piano, Pulp Fiction), and Jude Law (Enemy at the Gates, Sky Captain and the World of Tomorrow, Sherlock Holmes)

What's it about?: A pretty faithful adaptation of Henry James' The Turn of the Screw.

How is it?: I read Henry James' The Turn of the Screw a couple of years ago and was fascinated by it. I hated it for most of the time I was reading it, but started warming to it by the end. And then after I had a chance to sit with it for a while, I liked it quite a bit, realizing that there are multiple ways to read it and that the most frightening ones are the least supernatural.

It's the story of a governess who goes to watch over a couple of orphan kids at an isolated, huge English estate. She starts to see ghosts. Or think she does. And she thinks the kids see them too, but they deny it. The question is: Is she seeing what she thinks she's seeing or is it all in her head?

I put it away for a while, but was reminded of it earlier this year when a new adaptation was released to theaters. I was curious about how Floria Sigismondi's The Turning would interpret the novel: Straight-up ghost story or psychological horror? Sadly, that movie tried to have it both ways, but not in a subtle, ambiguous way. I ended up mostly liking it, but eager to see a more straightforward adaptation, which is what Presence of Mind is.

Presence of Mind keeps James' ambiguity about whether the ghosts are real or imagined, but unlike The Turning, it understands that it doesn't really matter either way. The ghosts are actually a metaphor for something else that I won't spoil with speculation, but would be open for discussion even if I did. It's a good introduction to the ideas of the novel.

The Spanish estate that it was shot on isn't as gothic as I'd prefer, but it's gorgeous. And there's a familiar Hammer-esque quality to the setting and the costumes and even that so much of it is filmed in the bright light of day. Ghostly appearances in full daylight somehow make it more unsettling, not less.

And the cast is especially fun. Sadie Frost plays the governess and I like her subtle sensuality. She was also Lucy in Francis Ford Coppola's Bram Stoker's Dracula where she was much more overt. In Presence of Mind, she's repressed, but always about to bubble over. It's also clear that she has secrets which may be affecting her experiences at the estate.

Lauren Bacall is the estate's chief domestic whose relationship with the kids sometimes interferes with the governess'. And Harvey Keitel has what's almost a cameo as the mostly absent master of the house. Jude Law is also in it as Keitel's secretary, but it's an early bit part for him that I actually missed for blinking.

The kids, played by Nilo Zimmerman and Ella Jones, are also great. Finn Wolfhard plays the brother in The Turning and brings menace to the role that Zimmerman doesn't have. I like Zimmerman's take more, because it puts the spotlight back on Frost's character where it should be. She needs to be responsible for her actions, where Mackenzie Davis' governess in The Turning is more of a victim. (Brooklynn Prince plays the sister in The Turning with a similar vibe to Jones' version in Presence of Mind: a mixture of adorable and troubled that ultimately makes the character unreliable.)

I wish that Presence of Mind were more atmospheric than it is. That's what keeps me from loving it. But it makes me want to put the novel back on my reading list and also watch some other adaptations. 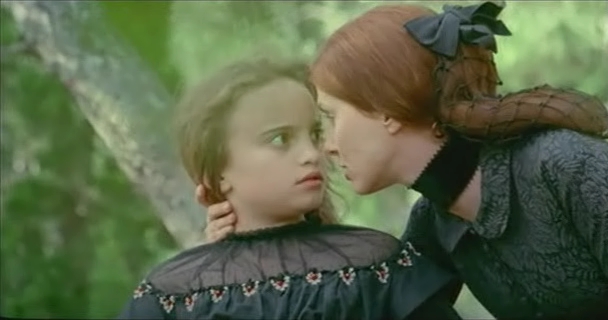 Email ThisBlogThis!Share to TwitterShare to FacebookShare to Pinterest
Labels: gothic, turn of the screw