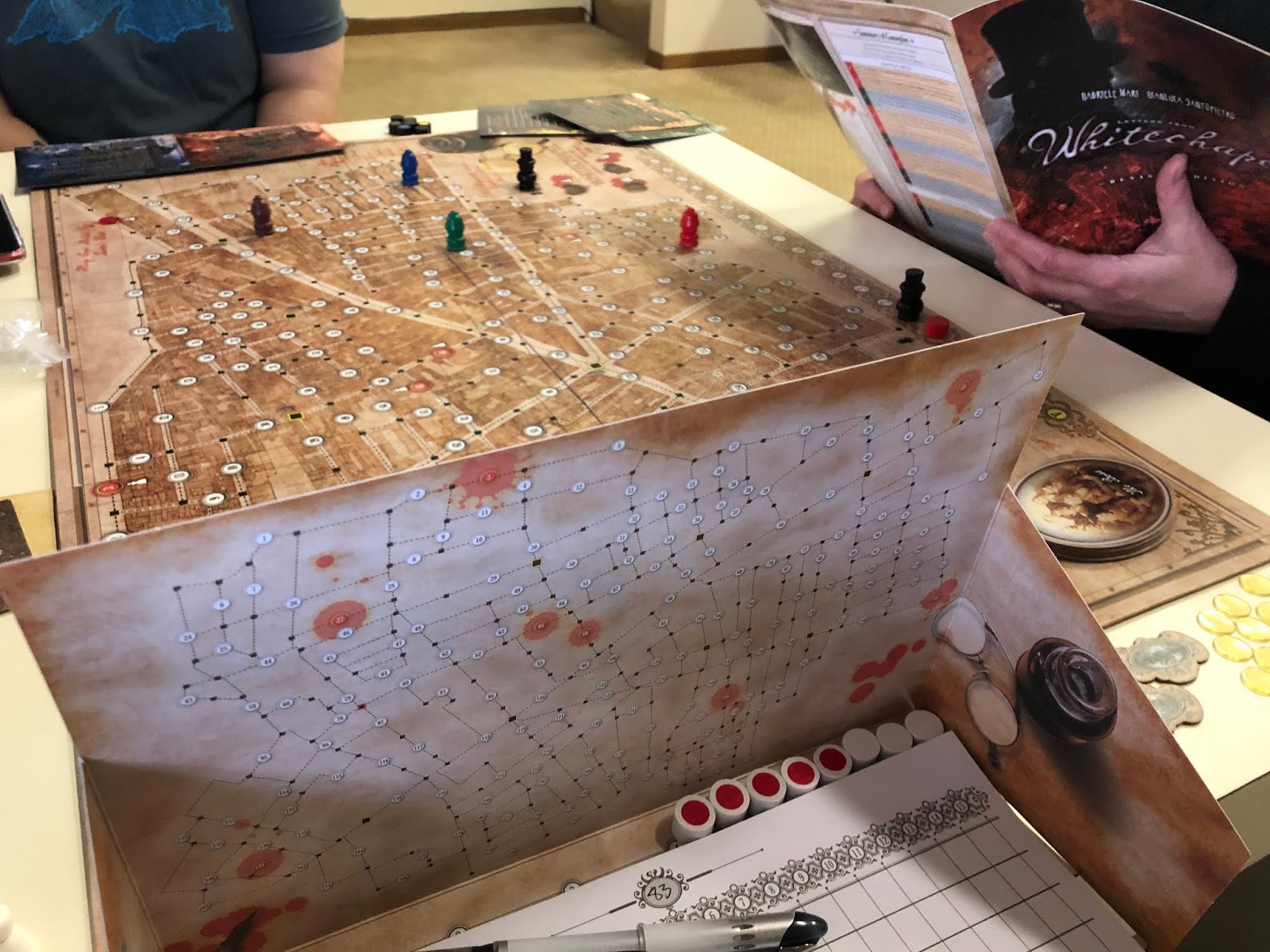 Would you like to play a game? Darla, Jessica, and I did and chose Fantasy Flight Games' Letters from Whitechapel. One player takes the role of Jack the Ripper as the other players' detectives attempt to catch him over a series of four nights.