Who's in it?: Alain Delon (Le Samouraï, Red Sun)

What's it about?: Zorro as a Spaghetti Western

How is it?: As great as I hoped as Spaghetti Western Zorro would be. It crosses over into slapstick and other general silliness a few more times than I'd like, but mostly it's very cool.

Alain Delon is an excellent, suave and dashing Zorro. This version of the story replaces the California West with a larger South American city called Nueva Aragón. (There's a current Nueva Aragón that's a suburb of Mexico City, but if I interpret the map in the movie correctly, the film version is not in Mexico.) Alain Delon's Don Diego is a friend of the new governor of Nueva Aragón, but when his pal is assassinated on the way to taking control of his post, Diego replaces him.

True to the mythology of Zorro, Diego pretends to be a frivolous fop while adopting the Zorro persona to fight the city's true power, the evil Colonel Huerta. This spices up the story with some cool variety while keeping true to the elements of Zorro that really matter. And Ottavia Piccolo is wonderful as an aristocratic woman who's much more than just a love interest for Zorro, but is also a badass revolutionary herself.

Rating: Four out of five bullwhips. 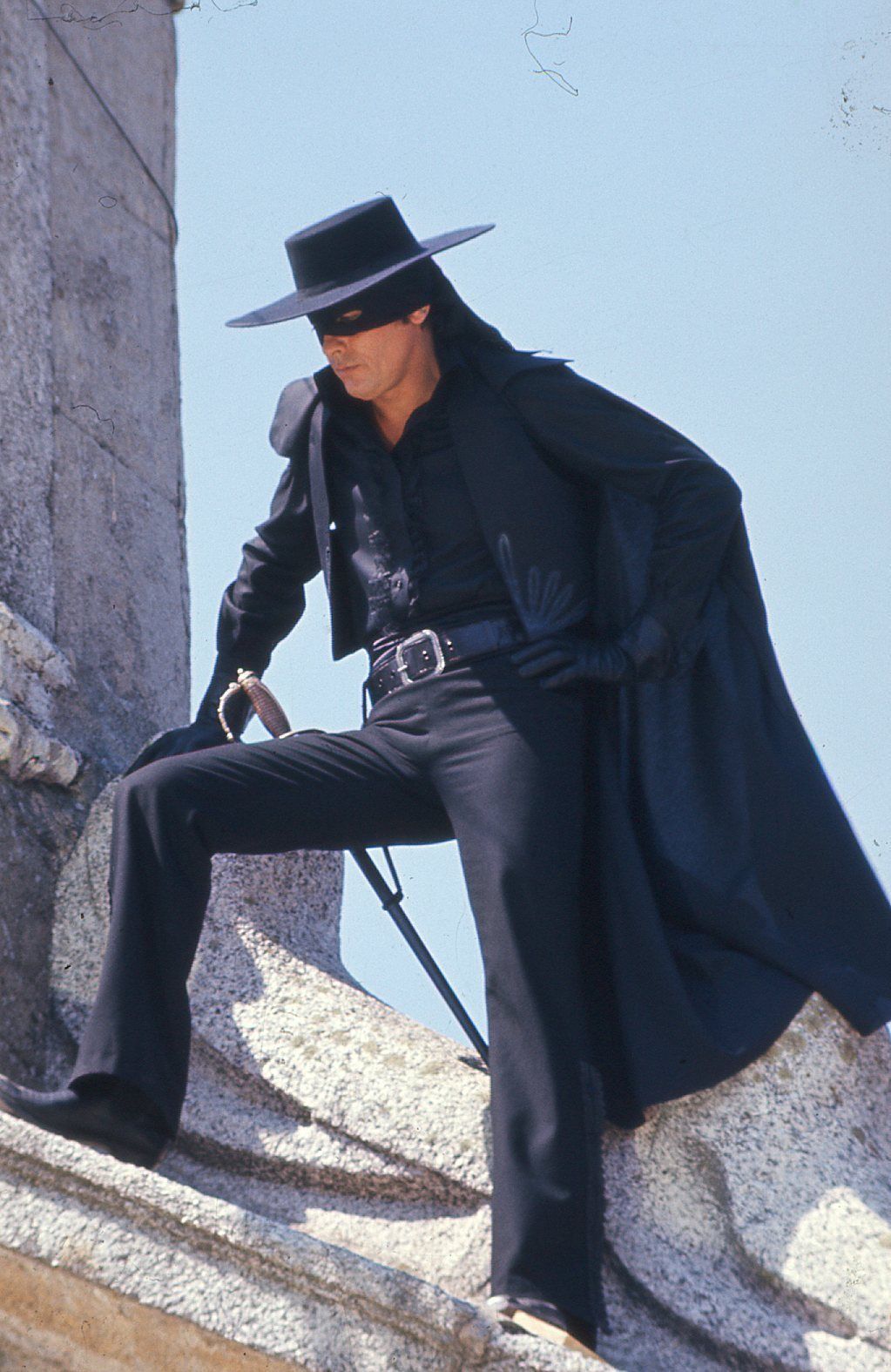