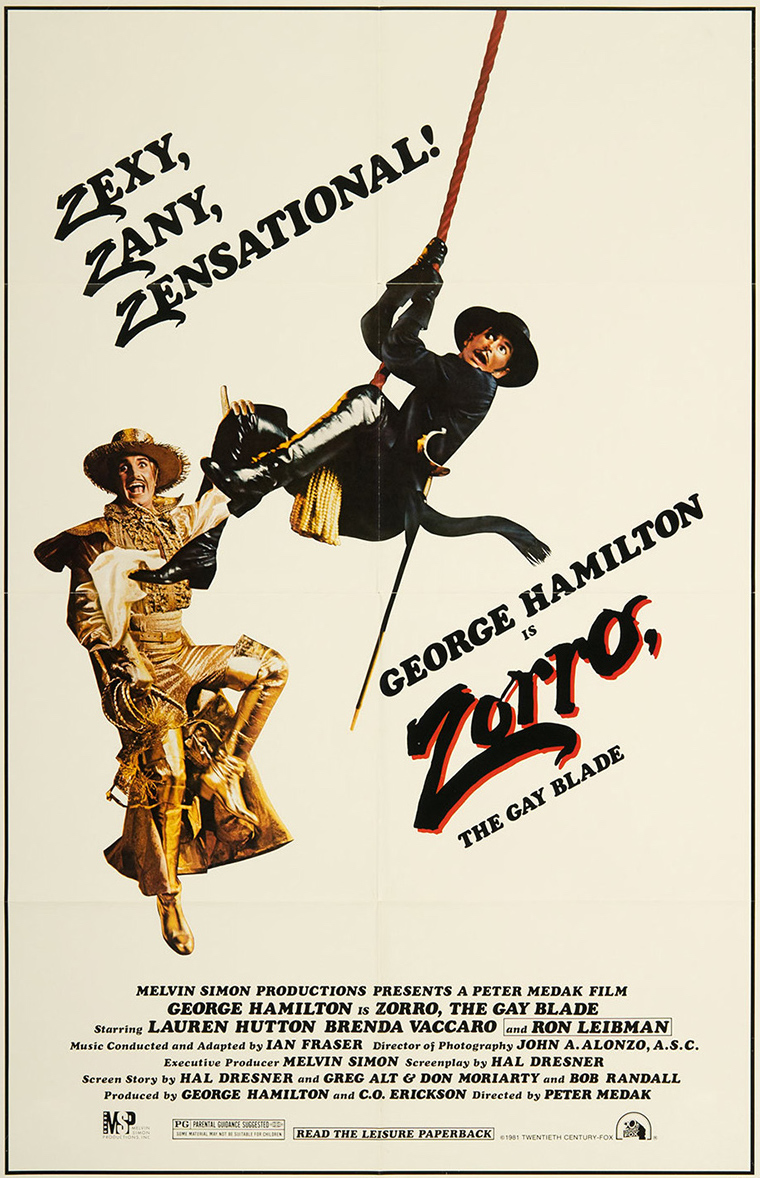 What's it about?: A comedy sequel in which the original Zorro has died and his two sons have to carry on the legend. The first tries to do it in a straightforward way, but injures himself, leaving the job to his flamboyantly gay twin.

How is it?: Very silly and often very funny. George Hamilton is always a pleasure and I appreciate that (some stereotypes and the villain's bigotry aside) the gay character is every bit as heroic and awesome as his straight brother. Actually, he's more awesome with his colorful variations of the traditional costume and his preference for the whip over the sword. He uses the whip to carve his full name - not just his initial - onto walls and he also doesn't hurt himself.

Donovan Scott is hilarious as Don Diego's deaf-and-mute servant. He's clearly riffing on Gene Sheldon's character from the Disney TV show, who would communicate with Don Diego through pantomime, but Scott takes the charades game to ridiculous levels.

Ron Leibman plays the evil mayor in need of overthrowing and it's a bit much when he screams all of his lines, but even that leads to some really funny stuff. Brenda Vaccaro (whom I recognize, but I don't where from) is also great as Leibman's wife. I'm surprised how much I enjoyed this. 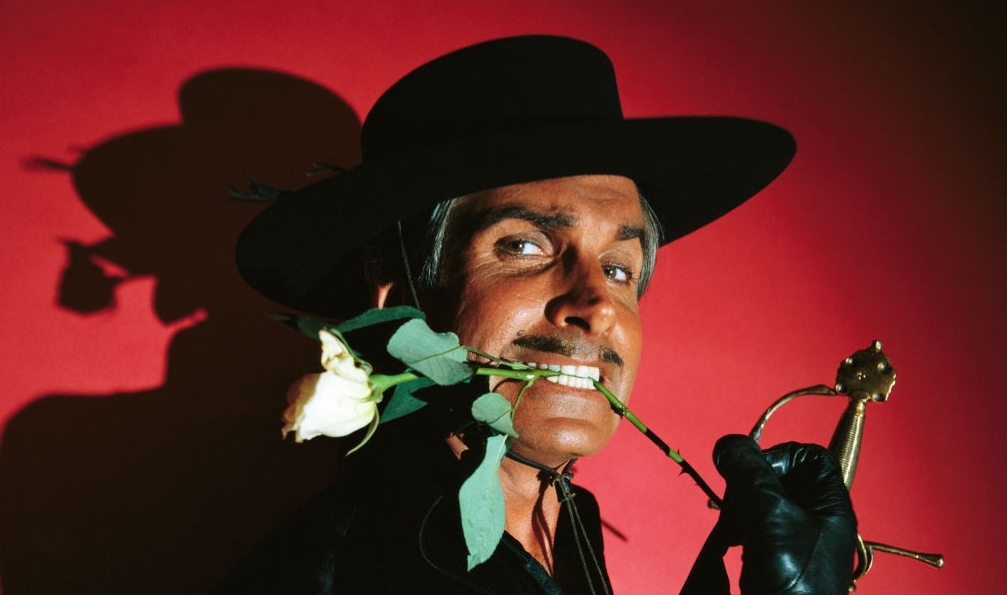