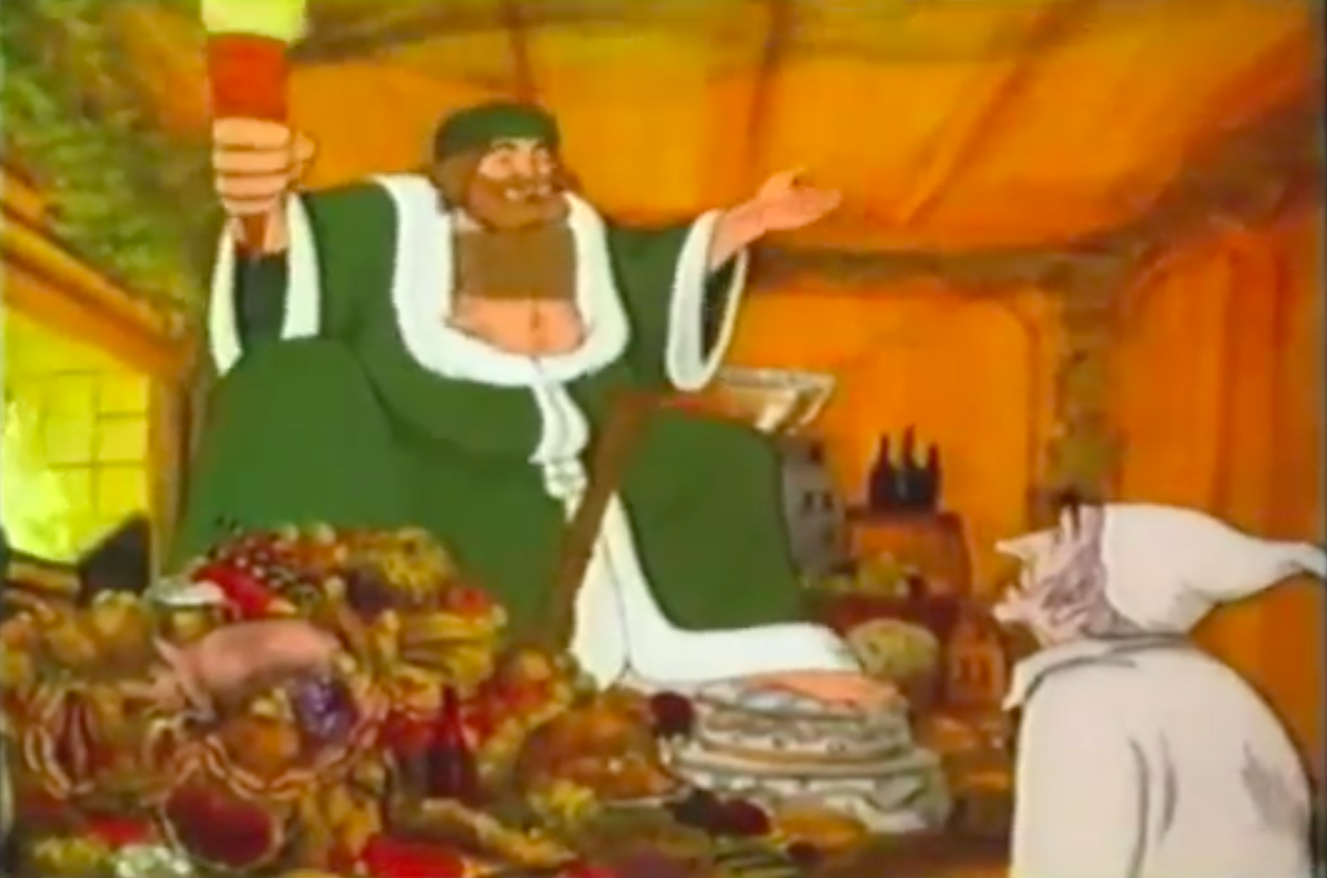 Richard Williams' cartoon has Scrooge awakened by the clock tolling One, but Scrooge's bedcurtains are already pulled aside and the light is already pouring through his door. He climbs out of bed and shields his face from the brightness as the unseen (by the audience, anyway) Spirit bellows, "Enter, Ebenezer Scrooge!"
Scrooge goes into the other room where the giant-sized ghost does sit on a throne of food. Garland decorates the walls and the only sound other than the Spirit's voice is the crackling fire in his cornucopia-shaped torch.
The Spirit's appearance is pretty much like Dickens describes. His robe and trim are the correct colors and the robe is open in the front to reveal the Ghost's broad, bare chest. His chest is oddly colored with a band of brown that I think is supposed to indicate hair. It's the same color brown as the Spirit's long hair and beard, it's just not like any patch of chest hair that I've ever seen.
He has the bare feet though and the swordless sheath, but the sheath isn't particularly rusted, nor are there icicles in the holly crown. The animation has always been very good in this version and there's a lot of detail in this scene around the food, but it skimps in other areas like these parts of the Spirit's costume.
This Scrooge has been humble and compliant since the end of Marley's visit and that continues in this scene. He doesn't talk about the previous night's lesson still working on him, but we've seen that it has and he tells this Ghost that he's willing to profit by whatever the Ghost has to teach him. All the other dialogue is cut out though, including the stuff about the Spirit's older brothers. That's a shame, but this is only a half-hour cartoon, so trims are necessary.
The Spirit of course invites Scrooge to touch his robe and I like the way that Scrooge's hand is engulfed in the fabric as he grabs hold.
at December 12, 2021

The abundance in size and feast is what I like, so they nail those aspects.