Oh yeah. I was making a Pretty in Pink TV show.
We're going to need some recurring adult characters in our teen dramedy series and the most obvious one to start with is Andie Walsh's dad, played by Harry Dean Stanton in the film. Stanton was in his early 60s at the time, which is older than I would have thought to cast for the father of a teenage girl, but that and Stanton's performance worked together to create a sad, but lovable character who's poorly equipped for the role of single parent. It got me thinking about actors currently in their early 60s who could do the same thing and the first to come to mind was James Spader.
Spader has a wide range and can handle the saddest aspects of the character while also bringing some humor and optimism. And serendipitously, he was also one of my favorite characters in the film Pretty in Pink and creates a nice connection for older fans.
Most of the show will be set at Shermer High, so we need some recurring faculty and staff members there. There will be lots of teachers in the show of course, but outside of a couple of inimitable characters in Ferris Bueller, the Hughes films don't really feature memorable educators. They'd play a bigger role in my imaginary series, but I'm okay leaving that casting vague. There are some significant office and support personnel that need attention, though.
I had to think a little about what to do for the school's primary disciplinarian. In The Breakfast Club, detention is overseen by Richard Vernon. I don't remember that his job title is ever spelled out in the film itself, but most online sources identify him as either Assistant Principal or Vice Principal. And that fits with the role that Vernon seems to play. But in Ferris Bueller, the chief authoritarian is Edward R Rooney.
I usually think of Rooney as a Vice Principal, which would create a conflict in the continuity, unless Vernon leaves partway through the series and is replaced by Rooney. That could work, but I like the idea of having two of these guys to play against each other. They're alike in a lot of ways, but there are also differences between them. And I think their similarities would lead them to really irritate each other, so that they're rivals instead of allies. And this is made possible by Rooney's actual job title, which he identifies in Ferris Bueller as Dean of Students.
My high school didn't have a Dean of Students, but from what I can tell, the Dean of Students actually reports to the Assistant Principal and is responsible for the academic progress of students. They promote good attendance rates and school safety through the prevention of campus violence. They also help develop classroom management programs, identify students with attendance issues or disciplinary problems, and works with parents to correct those situations.
In contrast, the Assistant Principal spends a lot of time in administrative tasks supporting the Principal while also often being charged with maintaining discipline in the school. However, in a large school like Shermer High, I imagine that the Assistant Principal would delegate the discipline responsibilities to his Dean of Students while still being ultimately accountable for them. And with a controlling personality like Vernon's - especially when he's got a student like John Bender to deal with - it's easy to fancy that he may even want to personally oversee Saturday detention. So in my Pretty in Pink TV series, Rooney works for Vernon, but they don't like each other.
I'm casting Vernon with Jake Gyllenhaal, who can be pretty creepy and serious when he wants to be. Vernon is a control freak and absolutely jaded, but he's good at his job. 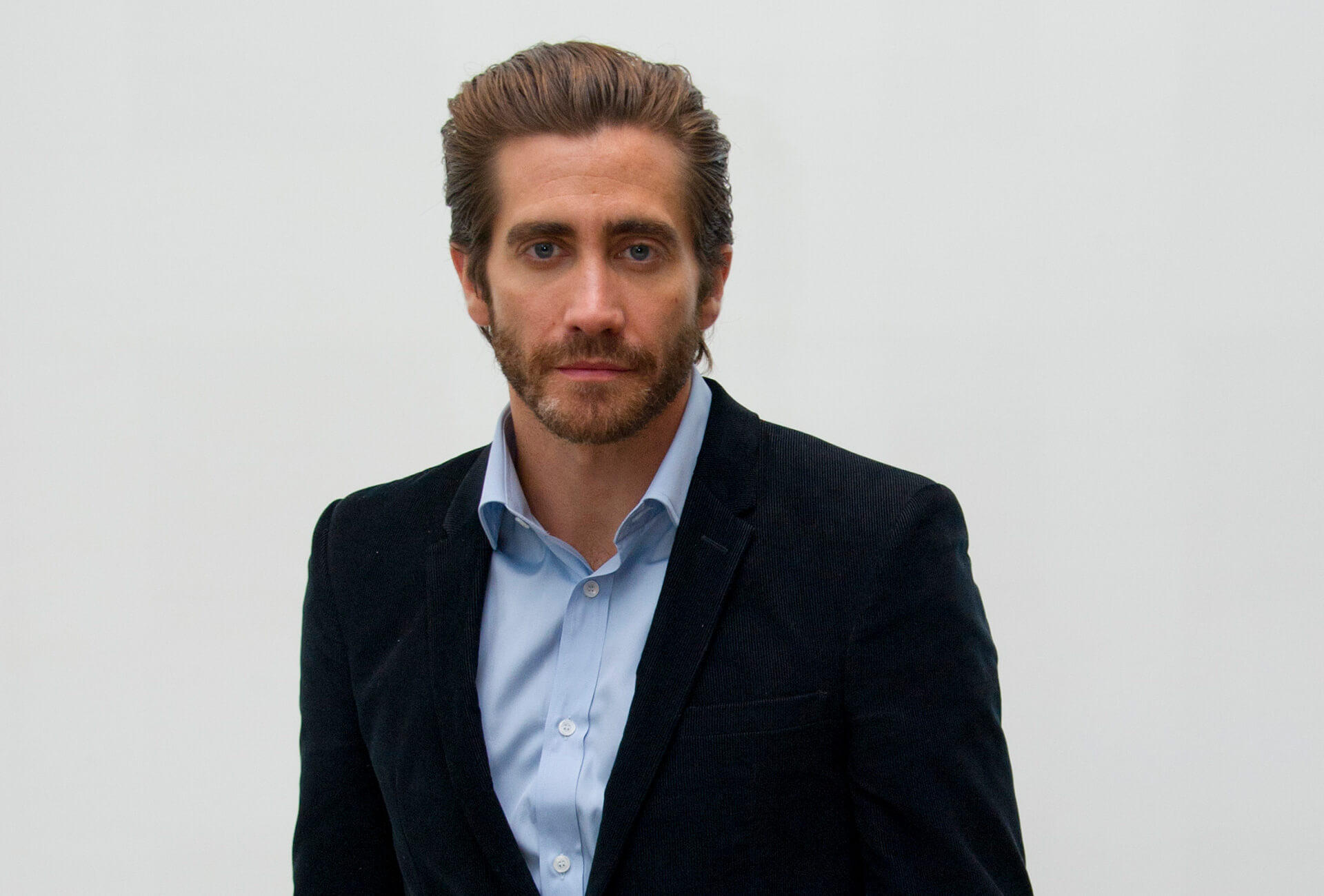 For Rooney, I'm casting Jason Segel, who brings a comedic element, which seems appropriate, but can also be frightening. He's also a control freak like Vernon, so he resents Vernon's interfering with his job, but he's not as cynical as Vernon is. He's absolutely a stickler for rules though and insists that students obey them.
Rooney's assistant is Grace, played by Edie McClurg in Ferris Bueller. Ellie Kemper has that same adorably quirky, air-head quality. 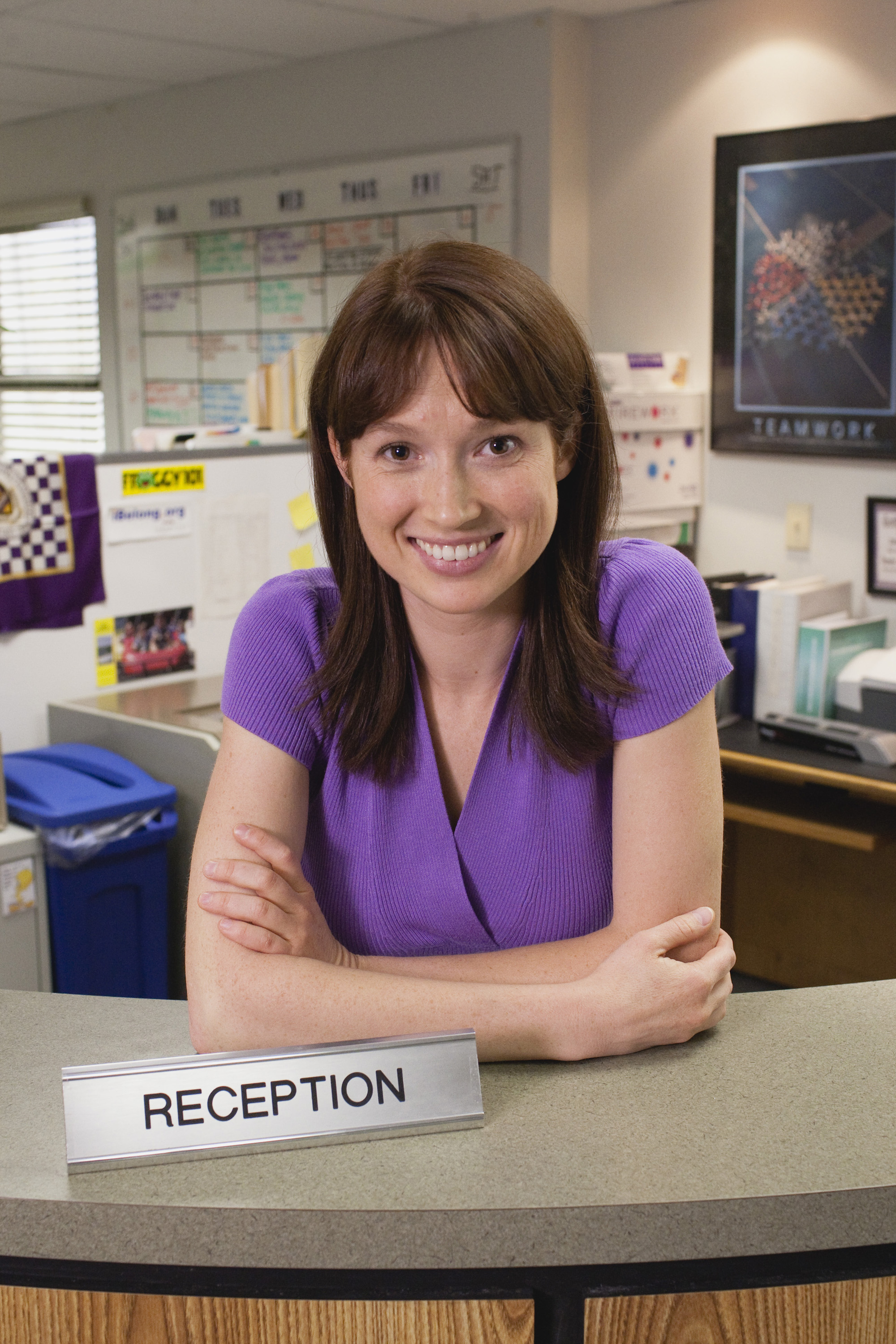 The final staff member we have to cast is Carl the janitor from The Breakfast Club. I don't know how much he'll interact with the students, but there could be some stories about his role in the school and his relationships with the office staff. Maybe we can also tie him to another non-school character in their personal life. Maybe he's dating Iona (we'll get to her in a second) in the first season. Stranger Things' Joe Keery could make Carl an approachable character for some students, but also close enough in age to them that he's also the butt of some of their jokes. 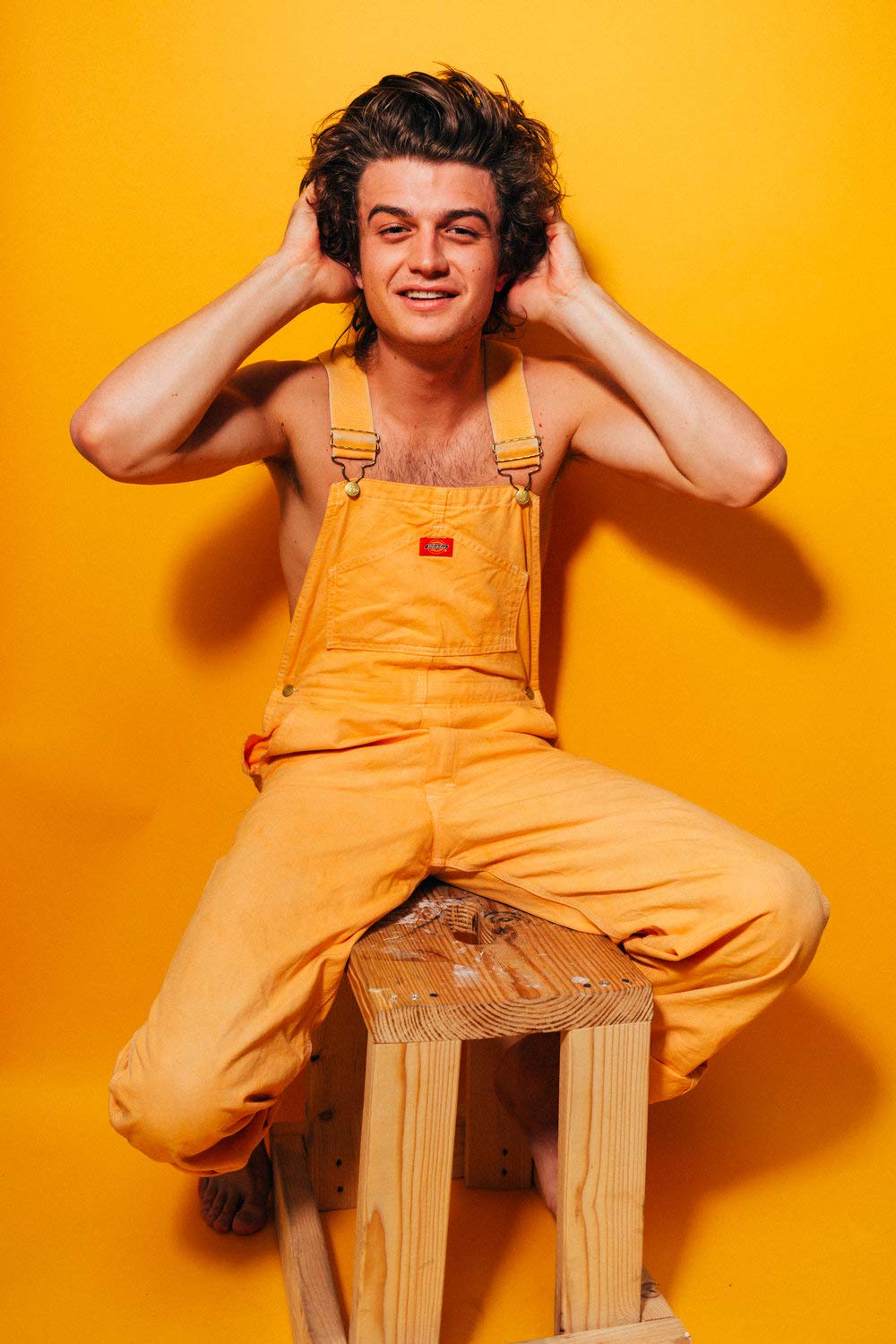 I also thought about some after-school hangouts for the teen characters. Since this is set in the '80s, the mall will obviously be a big one. The mall in Weird Science was filmed in Chicago's Northbrook Court Mall, so that could also be the name of the mall in the TV series. Some of the students could get jobs there, too.
There's also the indie record store TRAX, where Andie works after school in the movie. She won't start there in the first season of our show, but TRAX will already be managed by the lovably unconventional Iona, played by Annie Potts in the film. For our show, I'm casting Jane Levy. She's cute and off-the-wall and I like that she's also a redhead, which will endear her to Andie. 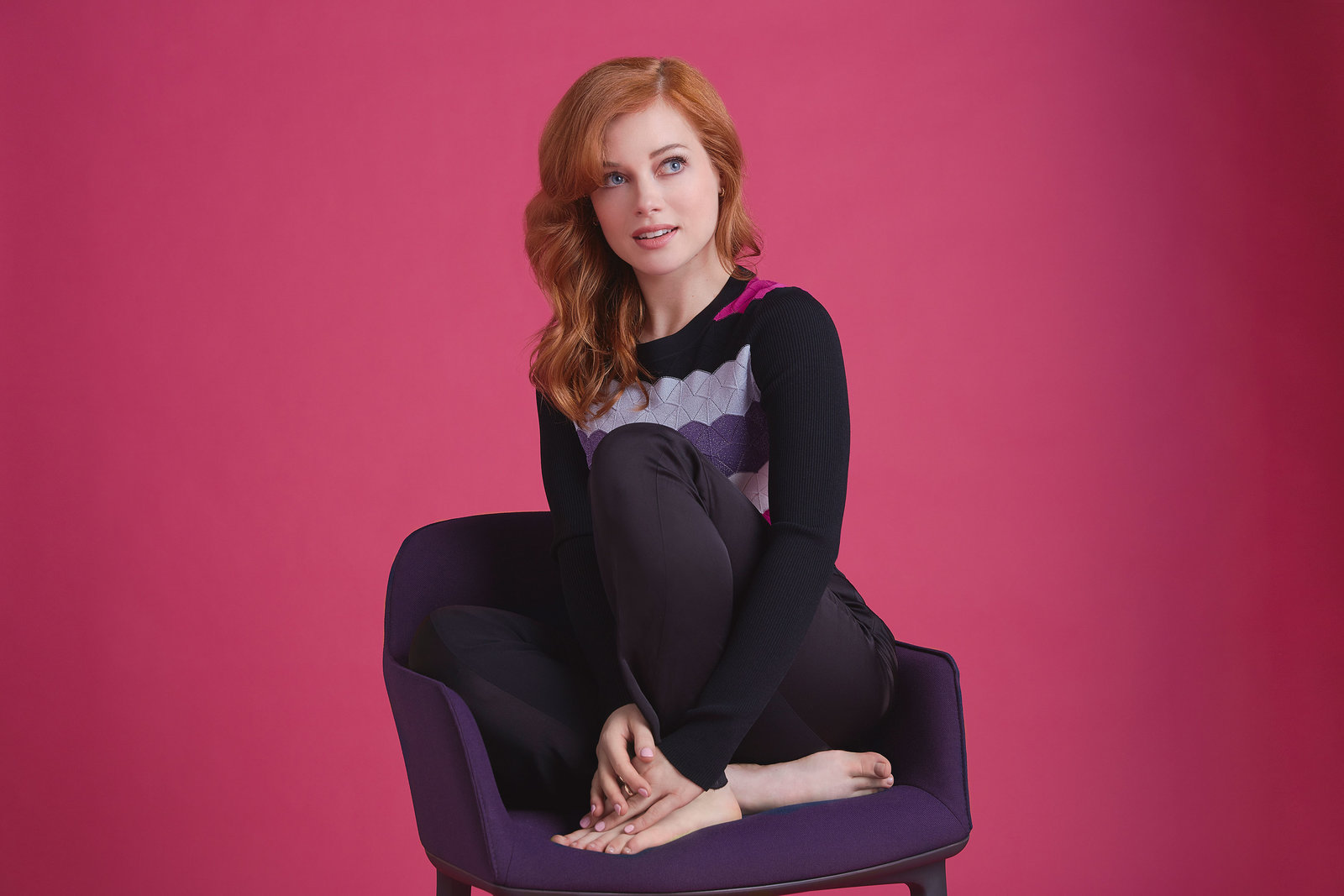 The final hangout place is only for the high school's seniors: an 18-and-up club that plays live music. It'll be off limits for a lot of our cast in the first couple of seasons, but we'll still have senior characters right away who can go there. And it'll be something for the younger characters to aspire to for a while.
In the movie Pretty in Pink, the club (it didn't have a name that I remember, we'll have to give it one) was guarded by a bouncer that Duckie calls Dice Man, played of course by Andrew Dice Clay. He's kind of a cool character, but also kind of sad. He just sits outside the club, playing with his cigarettes and checking IDs. He doesn't seem sad, it's just not an especially glamorous job. This is no New York hot spot after all.
For the series, I think it would be fun to cast Taylor Lautner. He's good looking and kind of cool, but people don't take him very seriously. And if he turns out to be really good in the role, we could deepen his character and give him some more to do. 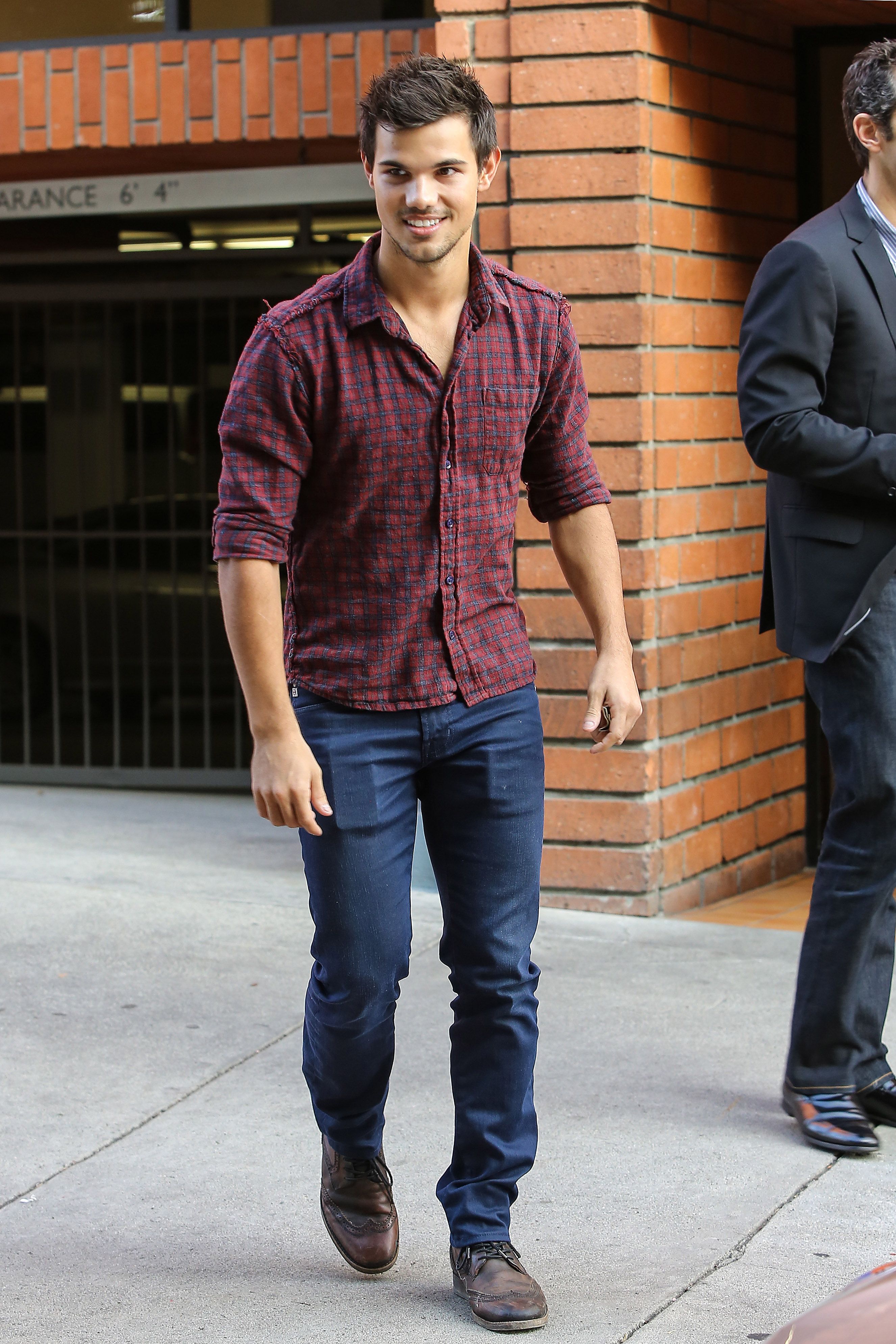 What do you think? Any other adult characters from the John Hughes teen movies that you think should be included? Are there any of these that you'd cast differently?
at May 07, 2020

I’m not as familiar with the John Hughes teen-iverse but I admire your choice of quirky character actors for the adult roles. Ordinarily I don’t care much for fan castings since they seem to lean heavy on whoever’s hot or in the A List of the moment but I like how you’ve cast people that we know, but our experience with their previous roles play with our expectations that may be subverted with this new part.