Pretty in Pink: The TV Series | The Concept

On the most recent episode of the Nerd Lunch Fourth Chair Army Invasion, I pitched an idea for turning John Hughes' teen movies into a TV show. I titled my imaginary show Pretty in Pink, but it's really about all the characters from Hughes' fictional Shermer High in Shermer, Illinois. Hughes set his teen movies there, but never tried to create a serious, shared universe. So that's what I tried to do.

I'm a huge fan of these movies and a huge fan of shared universes and making connections between things, so I've always thought this would be a fun experiment. The podcast finally gave me the motivation to figure out how it could work. And while I'm really happy with how the podcast episode turned out, I didn't have time to flesh out the idea as much as I wanted to. Which brings me to this first in a series of posts where I try to do just that.

John Hughes made six teen movies between the years of 1984 and 1987: Sixteen Candles, The Breakfast Club, Weird Science, Pretty in Pink, Ferris Bueller's Day Off, and Some Kind of Wonderful. That's a span of four years, which serendipitously turns out to be a high school career. So it's pretty easy to imagine someone starting at Shermer High as a freshman in the 1983-84 school year, who was there during the events of all six movies that took place over the next four years, and then graduated in the Spring of 1987.

My original thought was to call the series Shermer High, since that's what ties all of these movies and characters together. But imagining it as an actual TV series, I decided that Shermer High doesn't have enough name recognition. It's better marketing to name it after one of Hughes' films.

I eliminated The Breakfast Club and Ferris Bueller for being too specific about a particular group of characters. Weird Science gives the wrong impression about what the series is. And Sixteen Candles is too specific to one year of the student's life; it won't work for all four years. That left Pretty in Pink and Some Kind of Wonderful, which are both broad enough to work. And I chose Pretty in Pink as being the more iconic of the two. In a minute, I'll get to how that affects the show. I don't want the name to be meaningless.

As I hinted above, it would be a four-season TV series chronicling the high school journey of a group of characters. Those who start the series as freshmen will graduate in the final season. I love the idea of limiting it that way, which is what Felicity did with the college career of its main character. That way, we don't have a bunch of characters hanging around their high school long after they should have graduated. If the show became super popular, the broadness of the title would let us follow the main character to college, but my idea is to end it after four seasons.

If this existed, I think that network TV would be the best place for it, as opposed to cable or streaming. It feels like the kind of thing the CW might air. Having it on network TV means that its seasons would start just as school is starting for the year, with a break at Christmas, and then ending the season just as school is getting out for summer vacation.

We'd have to do 20+ episodes a season that way, but our cast is going to be big enough that there's plenty of drama to make that work without feeling like we're spinning wheels or doing filler episodes.

It's also important to me that the show be set in the '80s and feature a lot of music from that time period, especially New Wave and Alternative. Music was super important to John Hughes and all six of these soundtracks are good. But the Pretty in Pink soundtrack was especially important to me. It let me know that I wasn't the only person listening to The Psychedelic Furs and Orchestral Manoeuvres in the Dark, while also introducing me to The Smiths and Echo and the Bunnymen. That music needs to be a big part of this show.

Since we're calling it Pretty in Pink, the main character has to be Andie Walsh, who was played by Molly Ringwald in the movie. And that's great. Andie's one of my favorite characters in any John Hughes movie. She's smart, talented, conflicted, and has a lot of drama not just at school, but also in her home life and with her best friend. She's a great person to build the show around.

Casting her is easy, too. It can only be Sophia Lillis, who was in the recent couple of It movies as well as last year's Nancy Drew and the Hidden Staircase and this year's Gretel and Hansel. 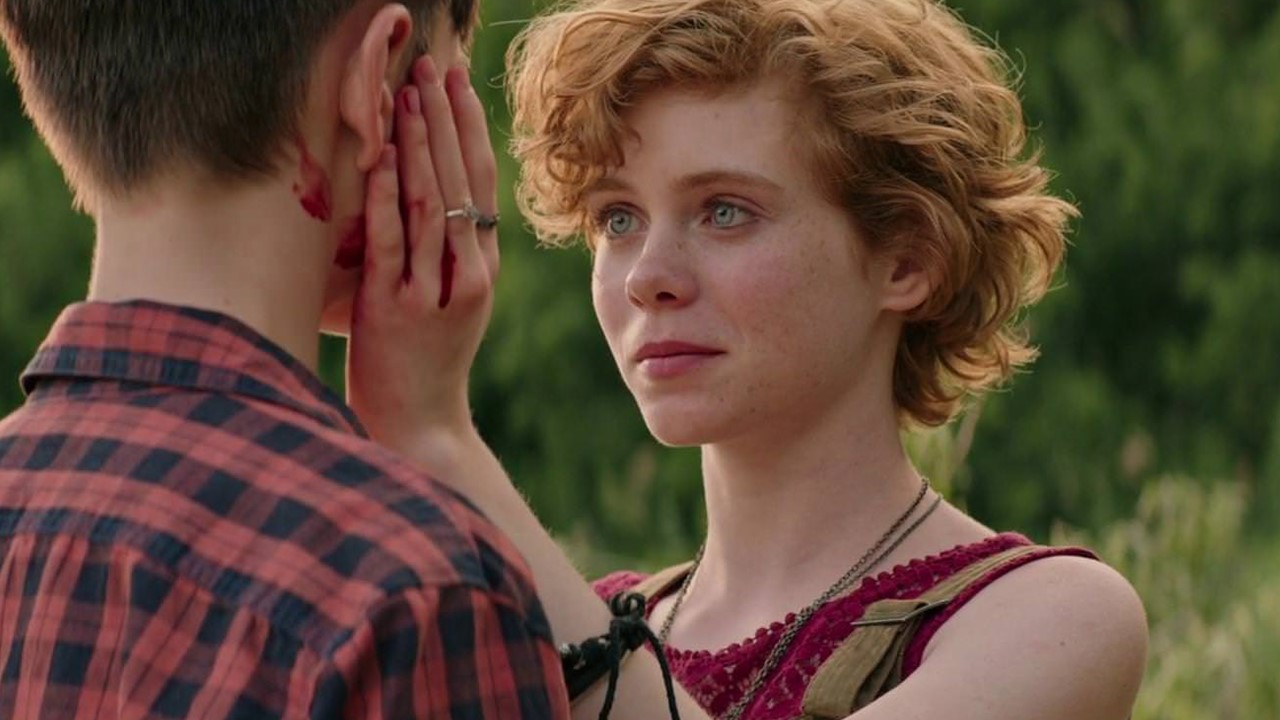 That's plenty long for this post, so in the next post I'll talk about the various locations where characters will hang out, as well as the main adult cast members who'll be with the show all four years.
at April 21, 2020