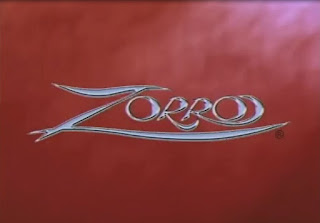 Who's in it?: Prolific voice actor Michael Gough (not the guy who played Alfred) is the voice of Zorro. Other recognizable voices through the series are by Ed Asner, Clancy Brown, Mark Hamill, and Ron Perlman.

What's it about?: A cartoon version of Zorro with supernatural and steampunk elements.

How is it?: Zorro '97 was a syndicated cartoon from the animation studio behind Teenage Mutant Ninja Turtles and James Bond Jr, so that should give you an idea of what to expect in terms of animation (it's not great, but it serves its purpose) and tone. It's about creating fun, after-school entertainment for kids, not reverence to anything that came before. And that's okay.

Zorro himself is a dashing enough Western superhero with the hidden cave and the secret identity, but the first big change is in his mute servant Bernardo. Instead of just a supportive companion on some of Zorro's more complicated missions, this Bernardo is an inventive genius who creates traps and wrist-mounted grappling hooks for his boss. He's basically a Western Q, like Artemus Gordon from The Wild Wild West. And then there are the episodes about cyborg bounty hunters and Sherlock Holmes analogs coming over from England to investigate Zorro's secret identity, which add to this version's steampunk quality.

There are also overt supernatural elements to the show. One recurring character is an Indian medicine woman with magical powers. An episode I watched (there are a limited number available on YouTube and I only watched a few of those) had her grandson mess with some of her magic powder and accidentally turn himself into a minotaur-like monster. There are also episodes with Sasquatch, evil samurai, and magic doppelgangers.

Another big change to the Zorro legend is the inclusion of a character named Isabella. Most versions of Zorro have a woman whom Zorro is either in love or friends with. In this one, she begins as a Lois Lane-like character who's out to learn Zorro's secret identity. And surprisingly, she does. In the very first episode. How she does this is dumb, but I like that it gives Zorro another ally in his campaign and that she's a woman.

Isabella discovers the truth about Zorro and Diego when she accidentally ends up on his horse during a fight with some of the local soldiers. A fire breaks out that spooks the horse and sends him running back to Zorro's secret cave. So Isabella just hangs out there until Zorro shows up and unmasks. He deserves to get caught, but it's also disappointing that his horse isn't smarter than that. In the Disney show, Tornado was a wonder-horse along the lines of Roy Rogers' Trigger or the Lone Ranger's Silver. This one looks impressive, but doesn't have a lot going on between the ears.

The horse has also been renamed Toronado, for some reason. I forgot to mention at the time, but the Family Channel show from earlier in the '90s also made this change. I don't know why TFC decided to name the horse after an Oldsmobile or why this cartoon imitated it, but it sort of helps that if the horse is going to be this inferior to Tornado, at least he doesn't share the same name.

I'm also not crazy about this show's version of Sergeant Garcia (aka Gonzalez, in some versions). He's pretty mean. I like the sergeant character to be overweight, cowardly, and incompetent, but also friendly and apologetic when he has to carry out a despicable order. In this show, Garcia's a bumbler, but fully on board with whatever evil schemes his captain comes up with.

So this isn't exactly "my" Zorro, but the episodes I watched were all fun. And the ones I haven't seen sound like they are too, in the same bonkers way that Teenage Mutant Ninja Turtles was. I was a big fan of the TMNT show at an age when I was older than its target audience, just because it was so over-the-top and genuinely funny. This Zorro has that going for it, too. Maybe it's not as funny, but how can I complain about Zorro vs cyborg killers and Bigfoot? There were only 26 episodes over a couple of seasons, so I wish it were available on DVD. I'd love to check out the rest of it.

Rating: Three out of five Toronados 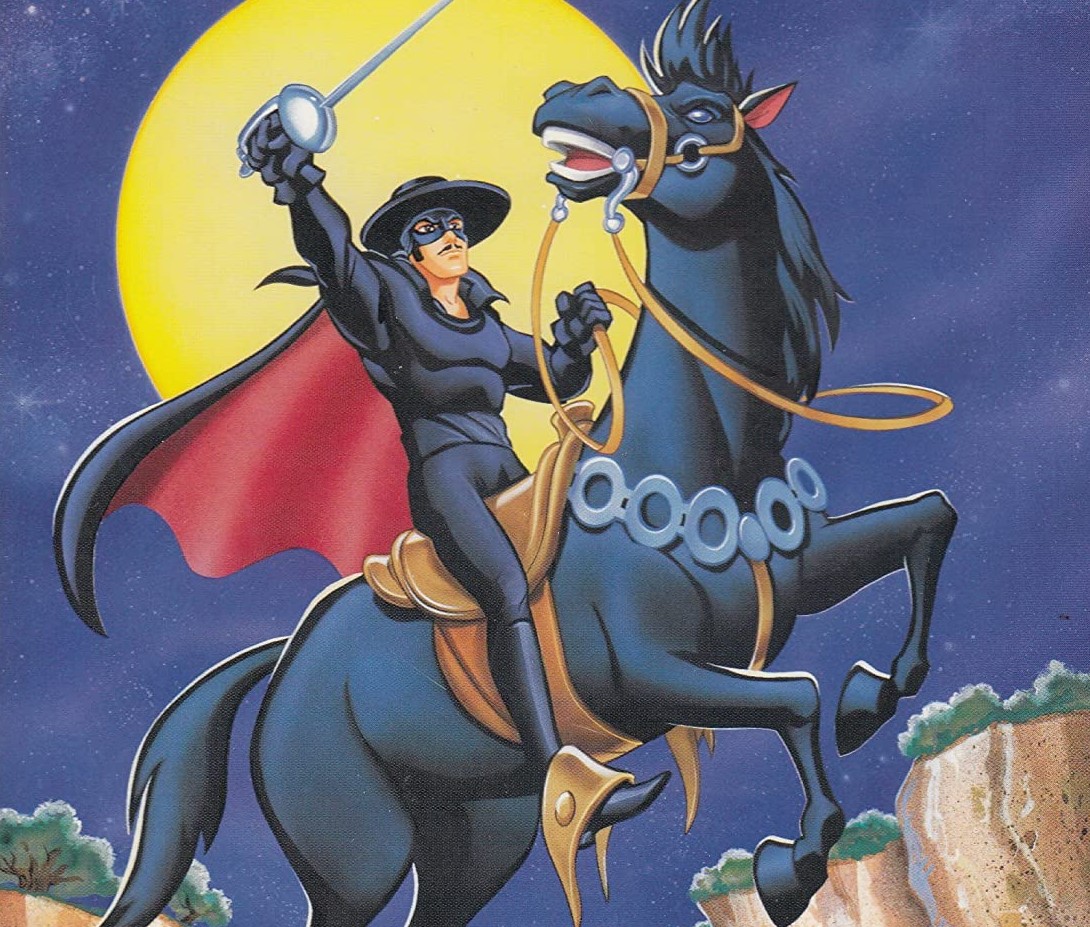