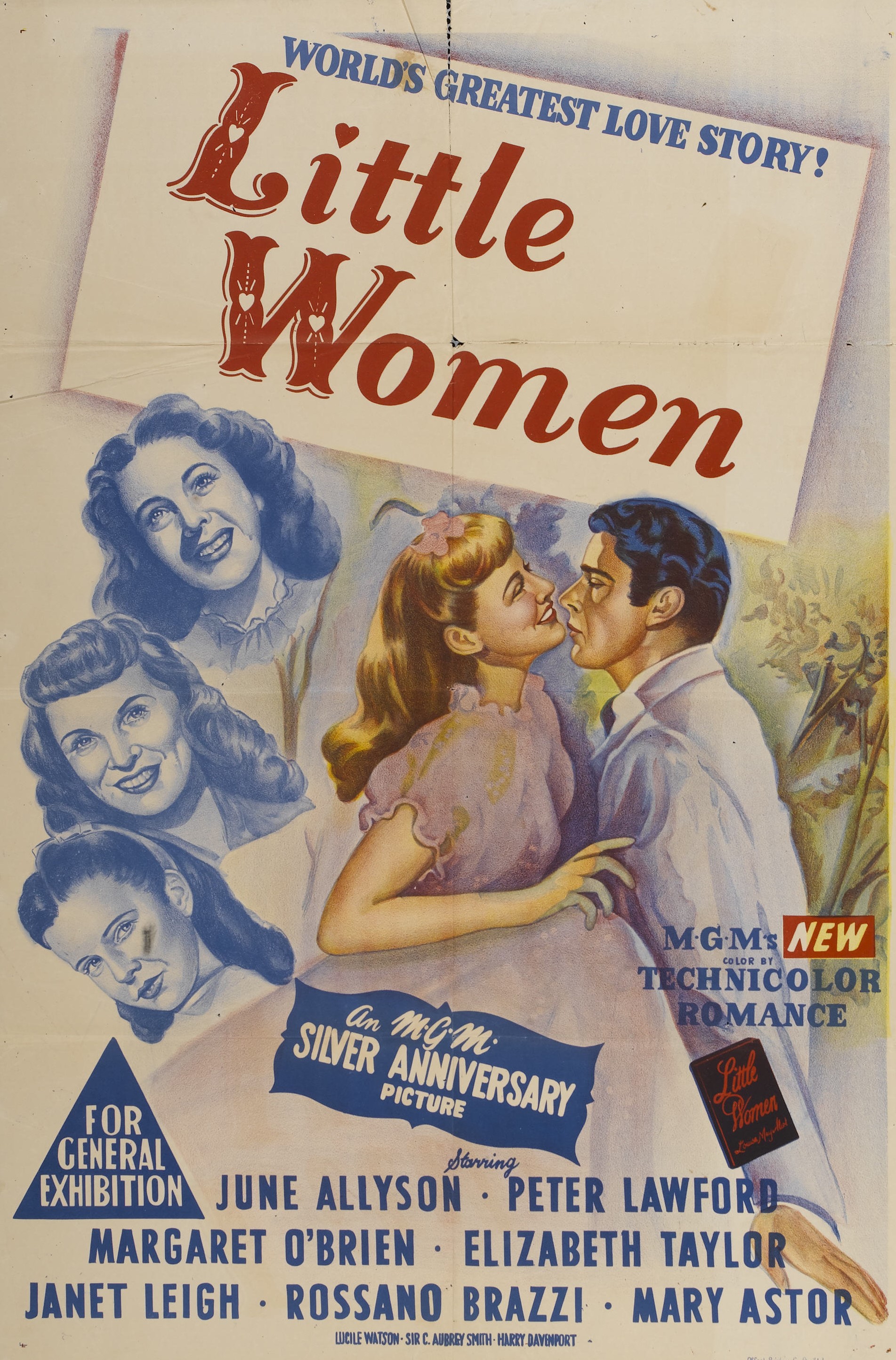 What's it about?: A lavish, Technicolor remake of the 1933 version.

How is it?: Because it's based on the same script as the '33 version, the '49 Little Women makes the same cuts to Alcott's novel (no Amy burning Jo's book, for example) and finishes on the exact same note. June Allyson even seems to be borrowing some of her line delivery from Katharine Hepburn as Jo (including a bona fide "reaaallly I do").
But Mervyn LeRoy's '49 version improves on the previous one in a lot of ways. It's beautiful, to start with. It's got extravagant and highly detailed sets as well as gorgeous matte paintings and backdrops. And it looks glorious in Technicolor. It's an epic production.
But Allyson is also much more natural in the role of Jo than Hepburn was and the rest of the cast is just as good. I grew up associating Janet Leigh with Psycho, but have been watching more of her early work lately (Holiday Affair with Robert Mitchum being a special favorite) and she's a beautiful, wonderful Meg. Margaret O'Brien is a sweet and sympathetic Beth, showing that she has some range from her brattier character in Meet Me in St Louis.
Casting 12-year-old O'Brien as Beth though makes it tough to cast Amy, who's supposed to be the youngest sister. LeRoy went with 17-year-old Elizabeth Taylor, a strange choice in some ways, but also very good in others. She's clearly playing younger than 17, but there's no universe in which she's younger than O'Brien's Beth. It works just fine though if you throw out fidelity to the novel and just imagine that Beth is the youngest sister.
In the novel, Amy is beautiful to the point of being spoiled about it and Taylor brings that out of the character perfectly. But while she ends up being a fine choice to play Amy, the script takes out so much of her relationships with Jo and Laurie (Peter Lawford) that I never warm up to her like I do in the book.
Mary Astor is a wonderful Marmee. I wouldn't want to choose between her and Laura Dern from Greta Gerwig's adaptation, but Astor is almost exactly what I imagine when I read the novel: kind and wise and wanting nothing so much as to see her daughters grow into healthy, moral, and happy people.
Special points as well to C Aubrey Smith as Laurie's grandfather. If the script gave him more, he'd be up there with Chris Cooper in terms of heart-breaking likability. Though I oddly didn't enjoy his Mr Laurence as much as I did Henry Stephenson's in 1933. The difference is in the directors, I think. In '33, George Cukor paid attention to some subtle touches that really emphasized the deep relationship between Mr Laurence and Beth. Smith's version is super lovable, but LeRoy leans too heavily on that and doesn't give us much else.
Finally, Rossano Brazzi (The Italian Job) is a much less creepy professor than Paul Lukas was in '33, mostly because he's a lot closer in age to Jo. He still calls her "my little friend," but he gets away with it.

Rating: Four out of five letters from Father. 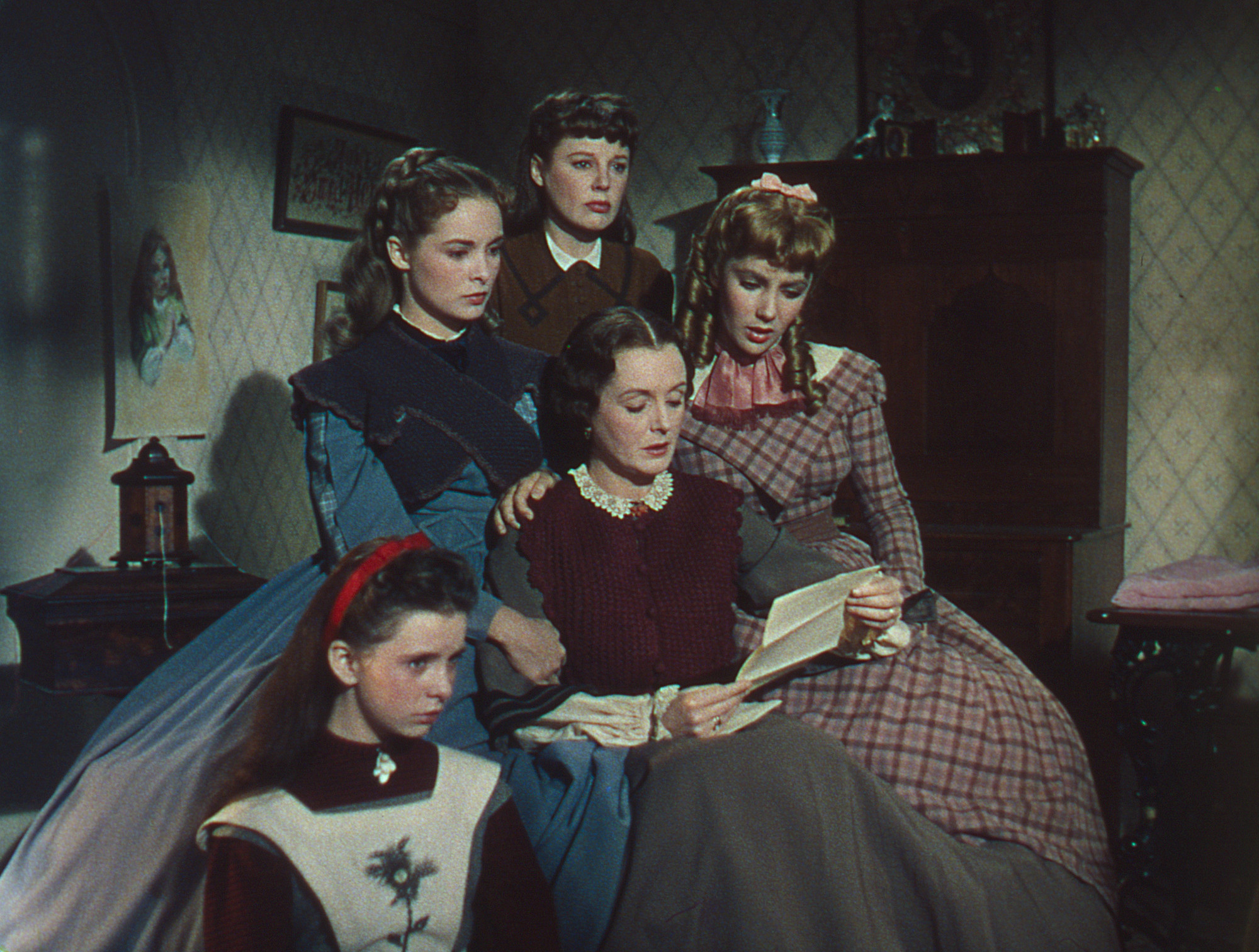