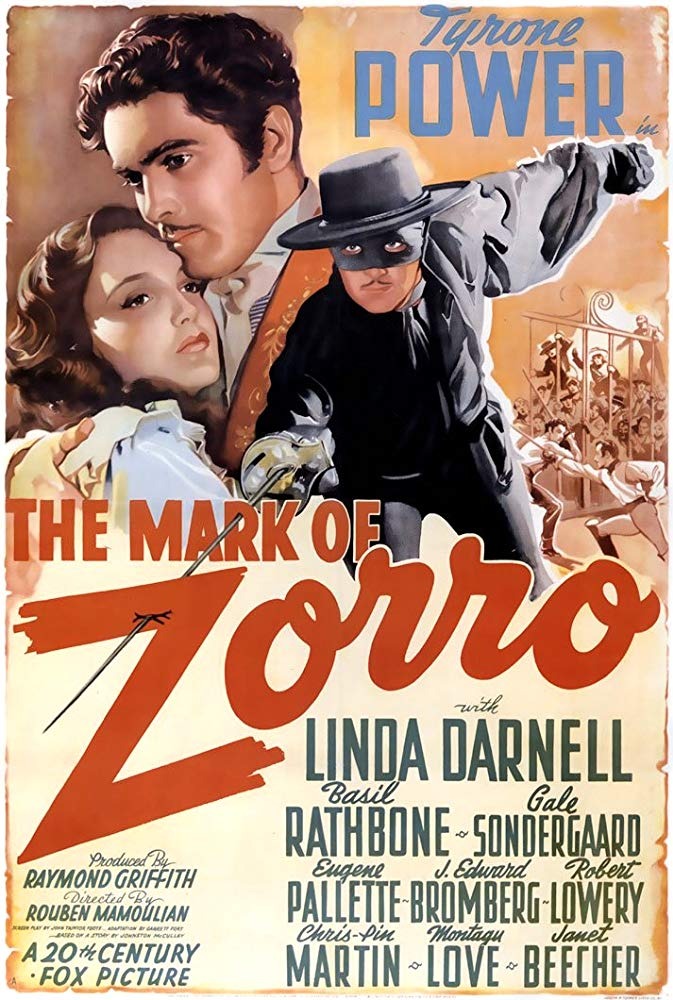 What's it about?: The origin of Zorro

How is it?: Since Johnston McCulley's novel jumps in after Don Diego has already become Zorro, creating an origin story means deviating from the book in big ways.

This version opens in Spain to show Diego's (Power) prowess at swordplay and horsemanship, then has him called back to California by his father. He expects (and dreads) a life of relaxation and comfort instead of the carousing and adventure that he's experienced in Spain. But he quickly learns that his father has been deposed as mayor and replaced with a tyrant whose rule is enforced by a ruthless captain (Rathbone). Diego knows that his parents will be in danger if Diego rebels openly, so he creates the identity of Zorro to put pressure on the new mayor.

It's a cool strategy, actually. While Zorro interferes with the mayor's cash flow, Diego befriends the mayor's wife and plants suggestions that she'd be much happier back in Spain. The plan is to get the mayor to leave voluntarily, but Rathbone's character is a bigger problem than Diego anticipated. He's actually the power behind the mayor and he won't be intimidated so easily.

Adding a romantic complication to the story is the mayor's niece (Darnell).

As you may or may not be able to tell from that description, the 1940 Mark of Zorro is very focused on Diego and there's actually very little Zorro in it. When Diego does put on the costume it's exciting, but it kind of reminds me of superhero shows from the '70s where 90% of the show is the secret identity and then you'd get a couple of big scenes with the hero to make it worth watching. Not that the Diego stuff is boring. There's a lot of drama and intrigue and some great character stuff. And the swords fights are extremely good, even when no one in them is wearing black.

There are some nods to Douglas Fairbanks' version that are worth pointing out. Fairbanks' handkerchief tricks are replaced by Power's having a general love for magic and sleight-of-hand, but he actually says, "Have you seen this one?" at least once. And Power's Diego also has Fairbanks' tendency to embed his sword in the ceiling until circumstances demand that he need it again.

Except for those details and a couple of scenes with Diego in costume, though, this is a great swashbuckler, but not a great Zorro film. In other versions, the character of Fray Felipe is a quiet man who nobly endures the oppression of the government, but here he's played with blustery gusto by Eugene Pallette, who's pretty much just redoing his Friar Tuck performance from Adventures of Robin Hood a couple of years before. There's also no deaf and/or mute servant and no Zorro cave under his estate (though there are secret passages in the mayor's house that Diego makes good use of). Really like the movie. Wish it had more Zorro.

Rating: Four out of five rapiers 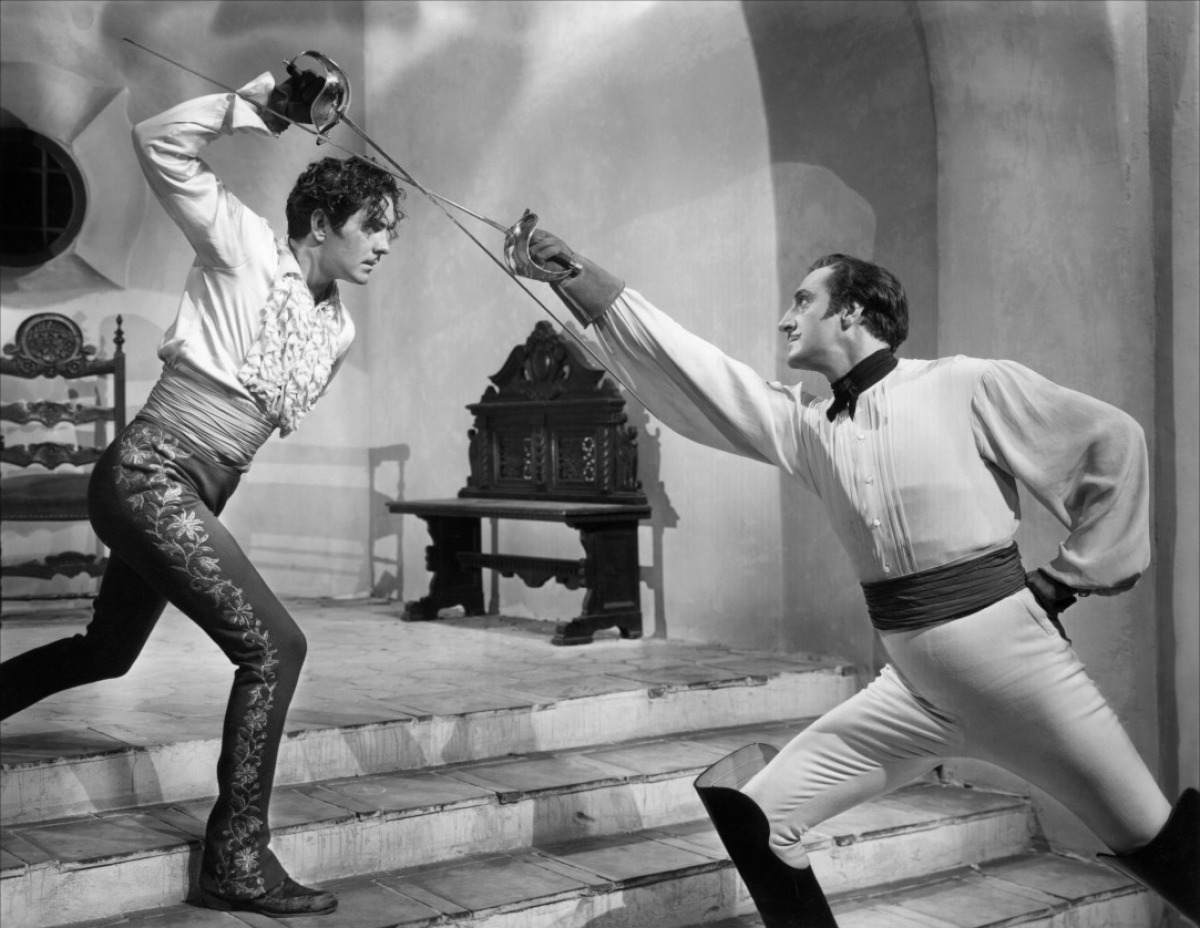