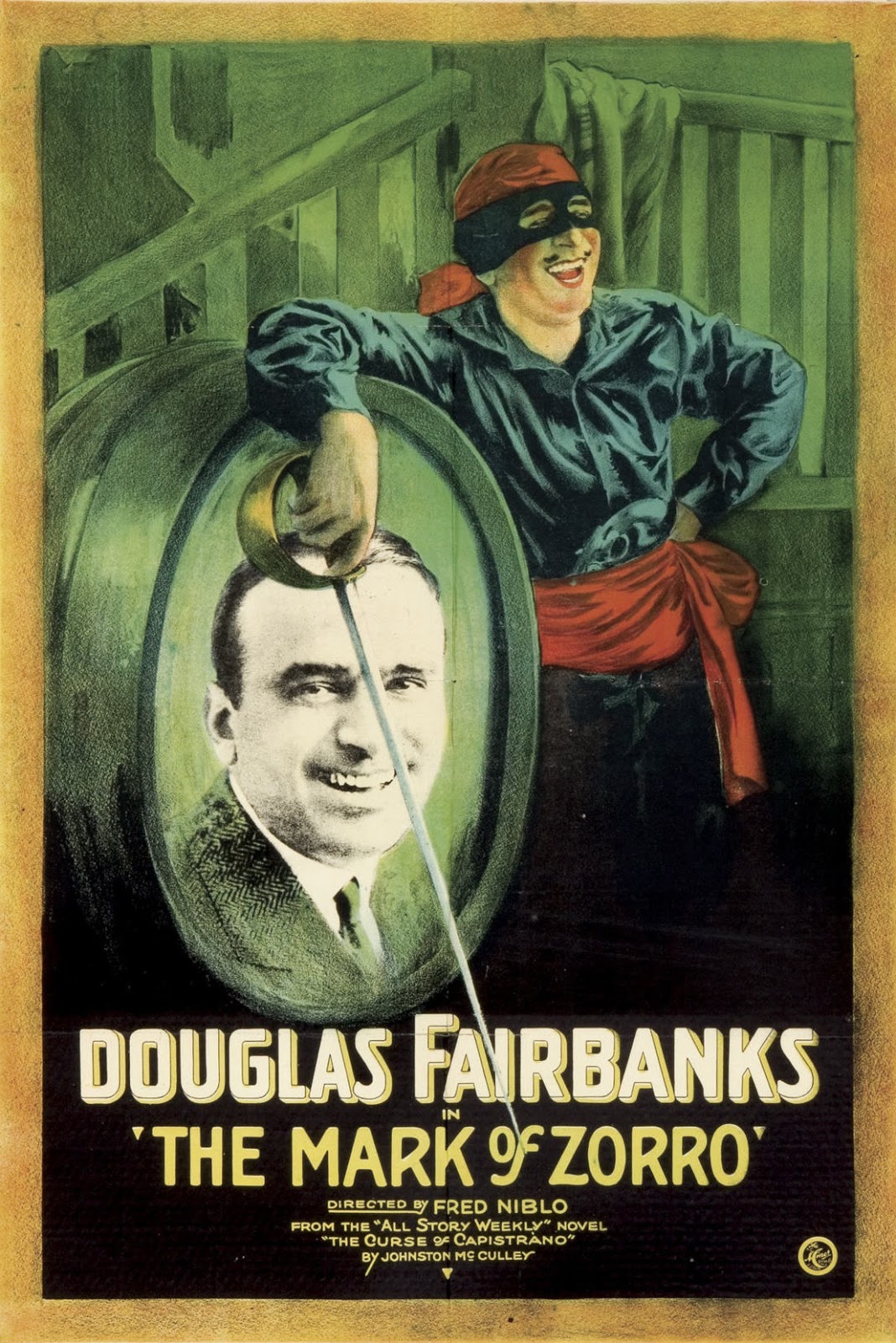 Who's in it?: Douglas Fairbanks (The Three Musketeers, Robin Hood, The Thief of Bagdad, Don Q Son of Zorro, The Black Pirate, The Iron Mask)

What's it about?: When the Spanish governor of California becomes oppressive, a seemingly foppish nobleman puts on a mask to protect the persecuted.

How is it?: I've seen this a few times by now and it's a very faithful adaptation of Johnston McCulley's novel, The Curse of Capistrano, in which Zorro first appeared. There are a couple of big differences though.

The first is Zorro's assistant Bernardo, a character who's barely in the novel. McCulley's version is deaf and mute, but The Mark of Zorro allows him to hear and gives him a lot more to do. He's not a major character, but the sense is that he's a clever and capable helper in Zorro's subterfuge.

Another difference is how Mark of Zorro handles Zorror's secret identity. The novel surprisingly saves the reveal until the very end, so the reader finds out who he is at the same time as everyone else. Mark of Zorro lets viewers in on the deception right away.

That's cool because it means we get to peek at parts of Zorro's life that the book keeps hidden. Like how Zorro comes in and out of his house. Underneath his mansion, he's got a cave with a couple of hidden entrances. There's a shrub covered, horse-sized outer passage, and in the house there's a secret door disguised as a grandfather clock. Everyone knows that Batman was inspired by Zorro, but sometimes we forget how much. It's all based on this Fairbanks movie though, not the novel.

Batman could take some more lessons from Fairbanks' Zorro on playing the idle playboy, though. Fairbanks' performance as Don Diego is brilliant. He always looks exhausted and bored, only perking up when he's irritating someone with an unwanted handkerchief trick. Christopher Reeve rightly gets a lot of praise for creating separate performances when he's playing Superman or Clark Kent, but he wasn't the first to do that. Fairbanks does the same thing as Don Diego and Zorro and I totally see why people are fooled.

That impressive bit of acting is nothing compared to the unbelievable acrobatic work that Fairbanks pulls off in Zorro mode, though. He leaps around and climbs over sets like he's inventing parkour. The final chase between him and the Spanish soldiers is a stunning showcase for Fairbanks athleticism as well as just plain hilarious.

Rating: Five out of five rapiers. 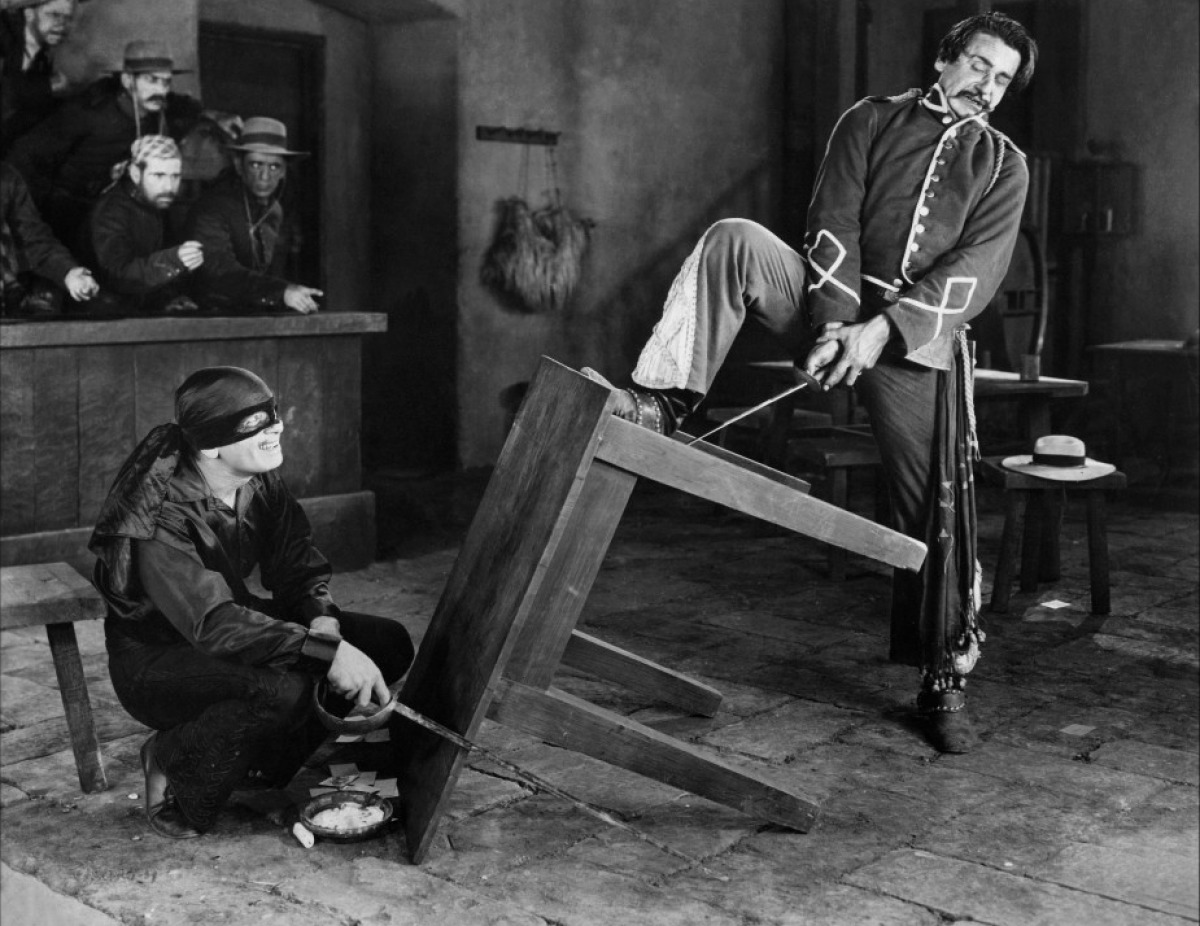