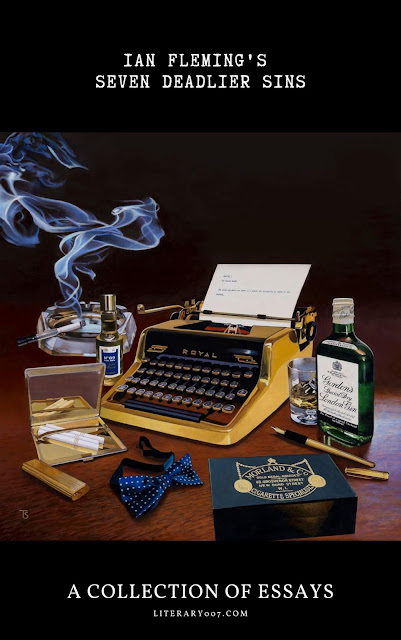 With a new Bond movie coming this year, it feels appropriate to ring in 2020 with a new book about Ian Fleming and his master spy. And one that I contributed to.

Over the last few years, the Literary 007 website has been collecting essays around what Fleming called the Seven Deadlier Sins. Everyone knows the Seven Deadly Sins of Envy, Gluttony, Greed, Lust, Pride, Sloth, and Wrath. But Fleming wrote that even worse than those were Avarice, Cruelty, Hypocrisy, Malice, Moral Cowardice, Self-Righteousness, and Snobbery. Literary 007 asked writers to consider one of these Deadlier Sins and discuss how it manifested in Fleming's life and especially in the Bond novels. I got to write about self-righteousness and I'm really happy with how that essay turned out.

Now that all seven essays are done, they've been collected into a volume called Ian Fleming's Seven Deadlier Sins: A Collection of Essays. It's available in paperback and electronically. It's a cool book with some meaningful things to say not just about Fleming and Bond, but also about human nature.
at January 01, 2020