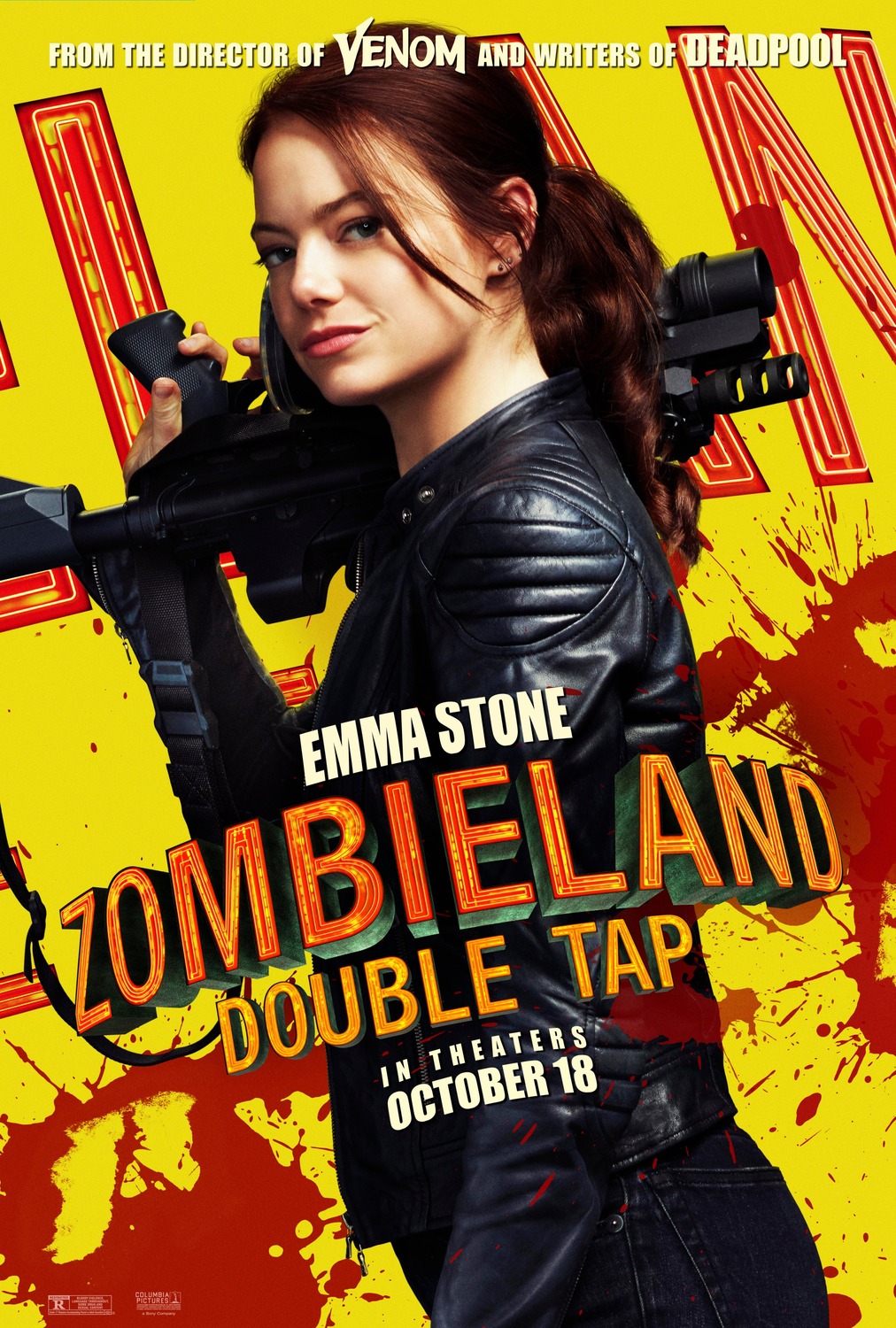 I was super stoked for this until the disappointing reviews came out claiming that it added little to the story. I don't trust critics to reflect my personal tastes and I'm still planning to see this at some point (for Emma Stone alone, if for no other reason). But my initial excitement has been fully crushed. 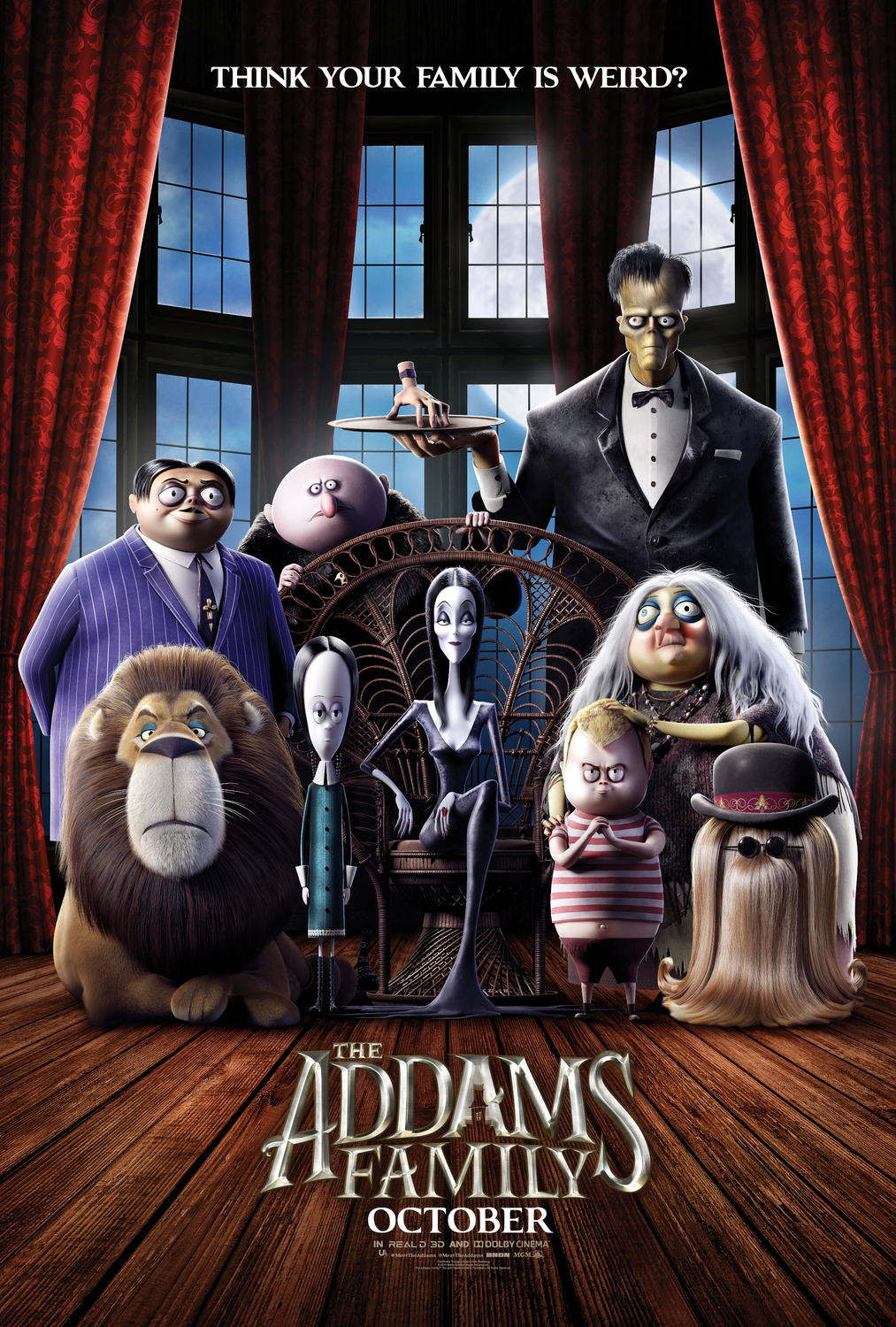 I love these characters, but the trailer made the comedy look super broad without any of the specific quirks about the Family that I find so endearing. I hope that's just a bad trailer, but it kept me from seeing this in the theater. 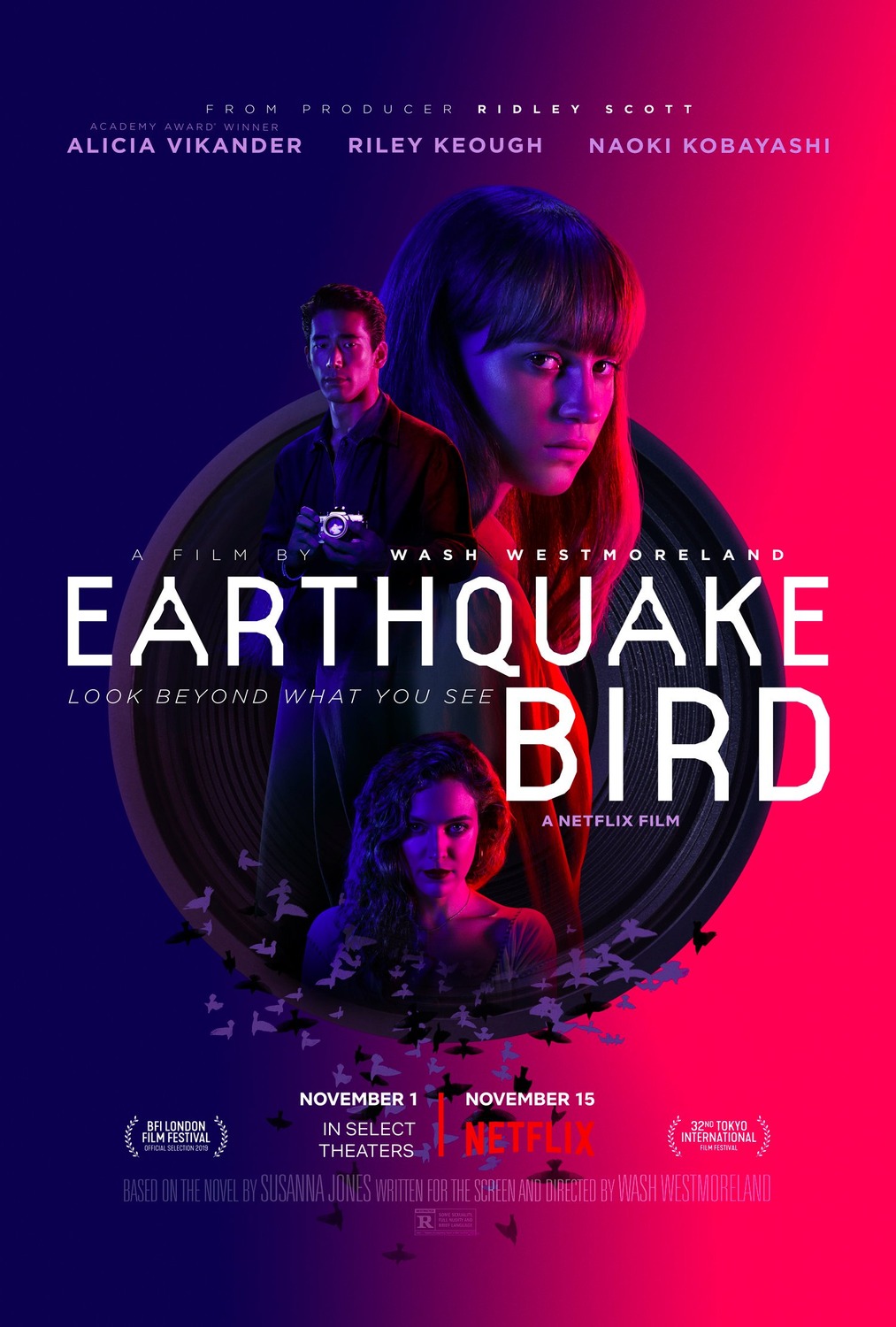 I have no idea why this made it to my list. It has Alicia Vikander, but she's not an immediate draw for me. Maybe it's the mystery story or the setting in Japan. Vikander plays a woman who becomes a murder suspect when her frenemy goes missing. 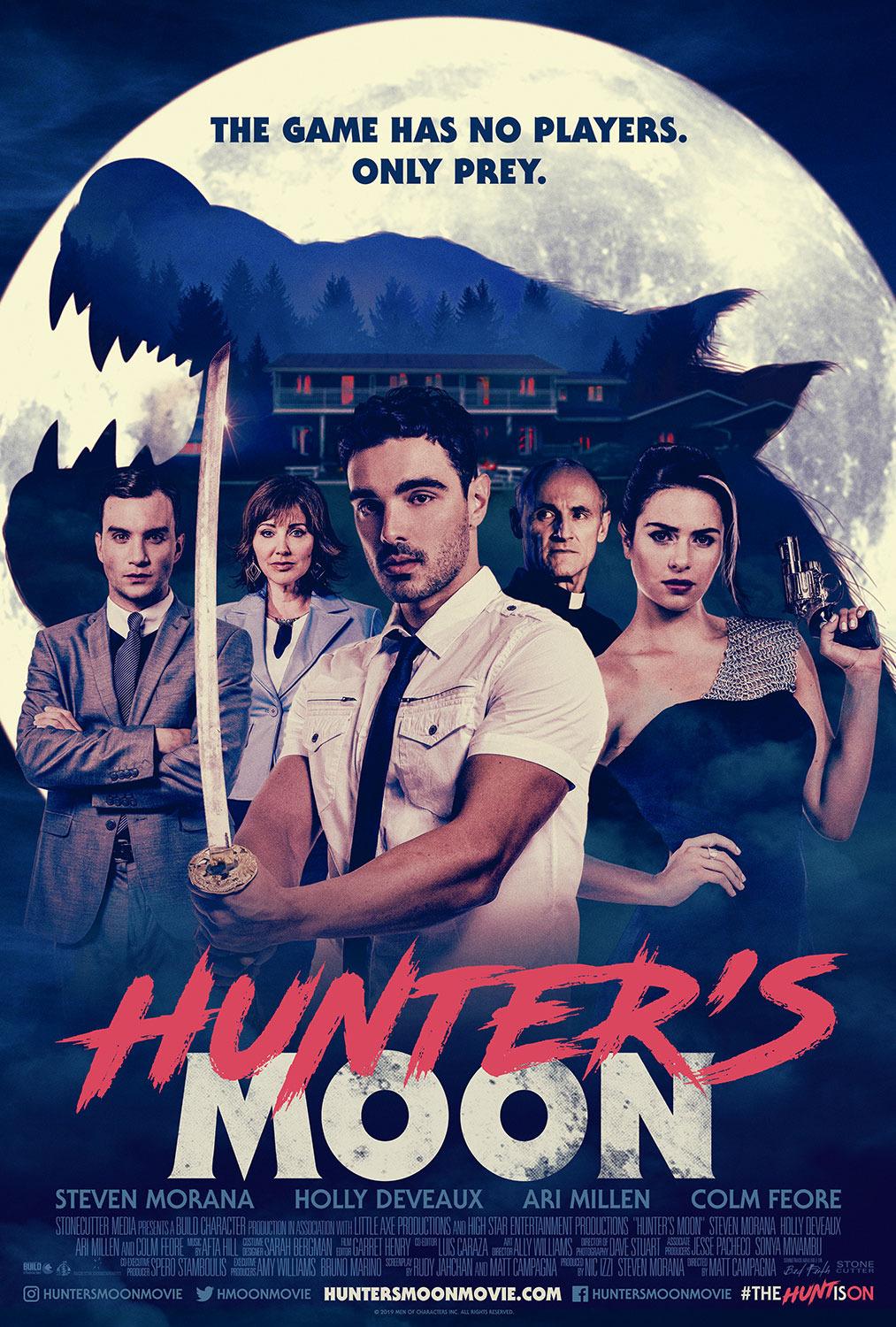 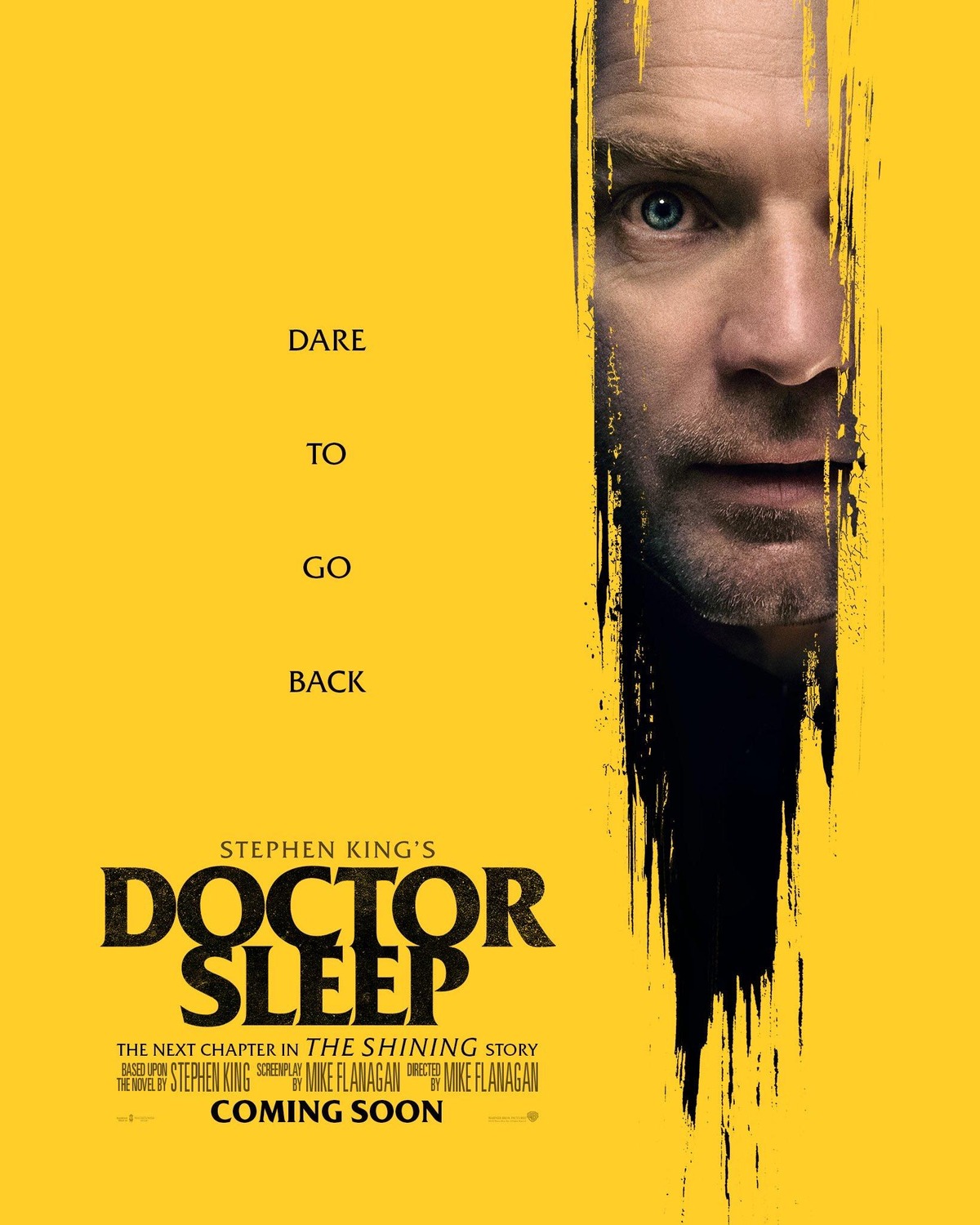 I'm curious, but I'm also pretty cold on both filmed versions of The Shining. I haven't read the Shining novel, so maybe that's the missing part of the equation. I got the novel for Christmas and hope that once I've read it, I'll be more excited about what happens next. 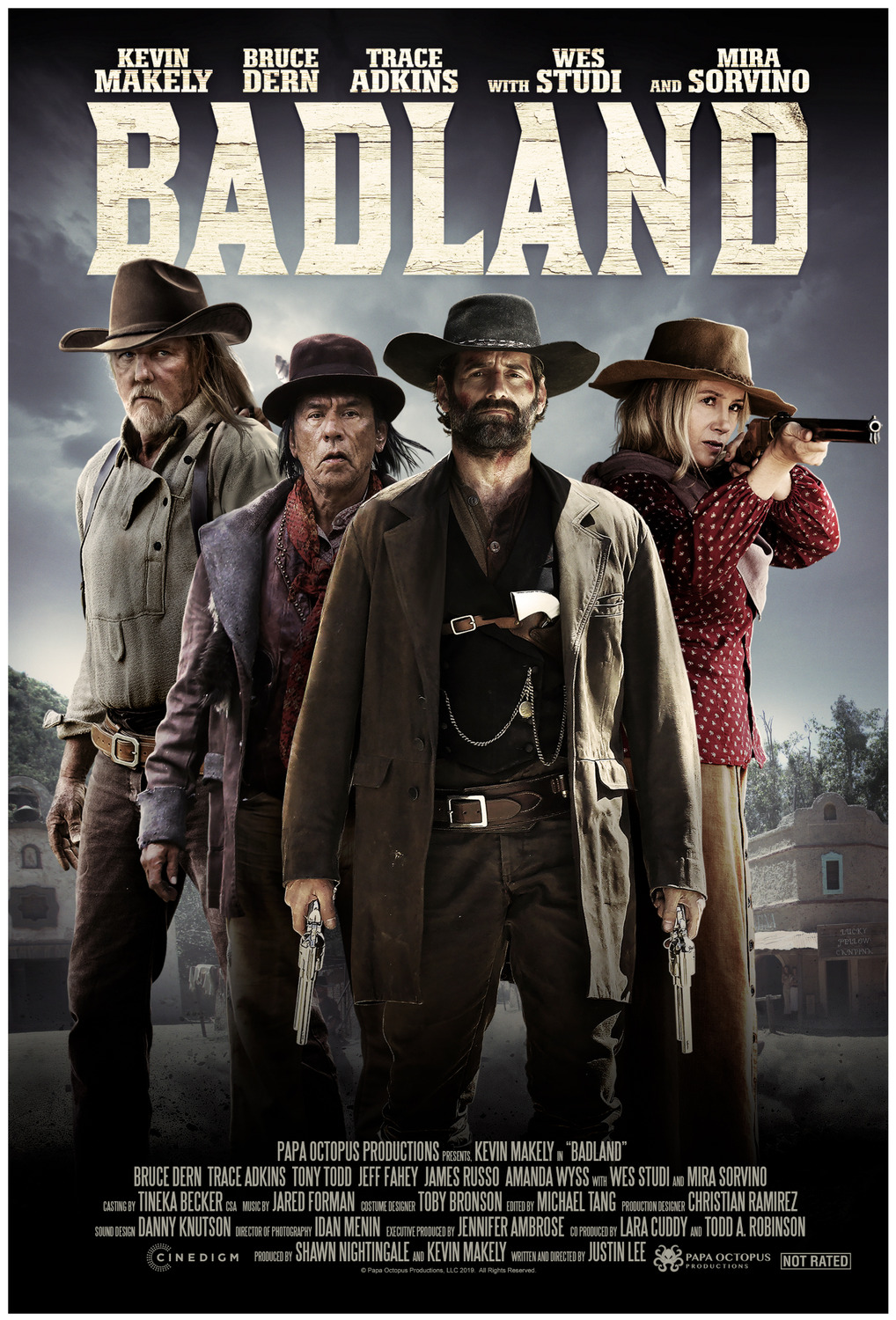 Western with Wes Studi and Mira Sorvino. Bruce Dern can be a draw, too, but he was in that awful Hickok movie a couple of years ago, so some of his cred has worn off. 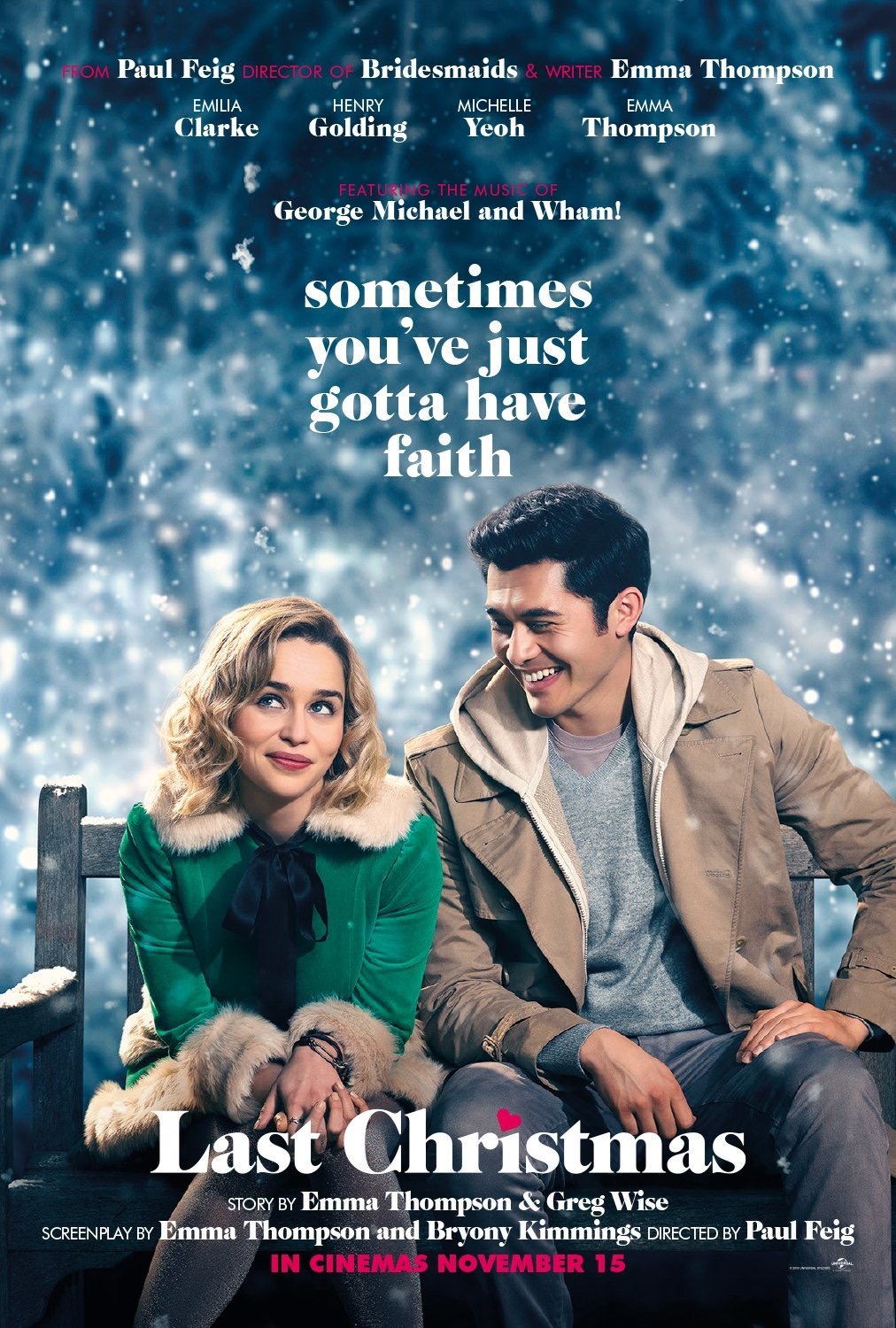 Totally would have seen this opening night if it had actually been released in December instead of the month before. Khaleesi finds love at Christmas with the help of Emma Thompson, Michelle Yeoh, and George Michael songs. 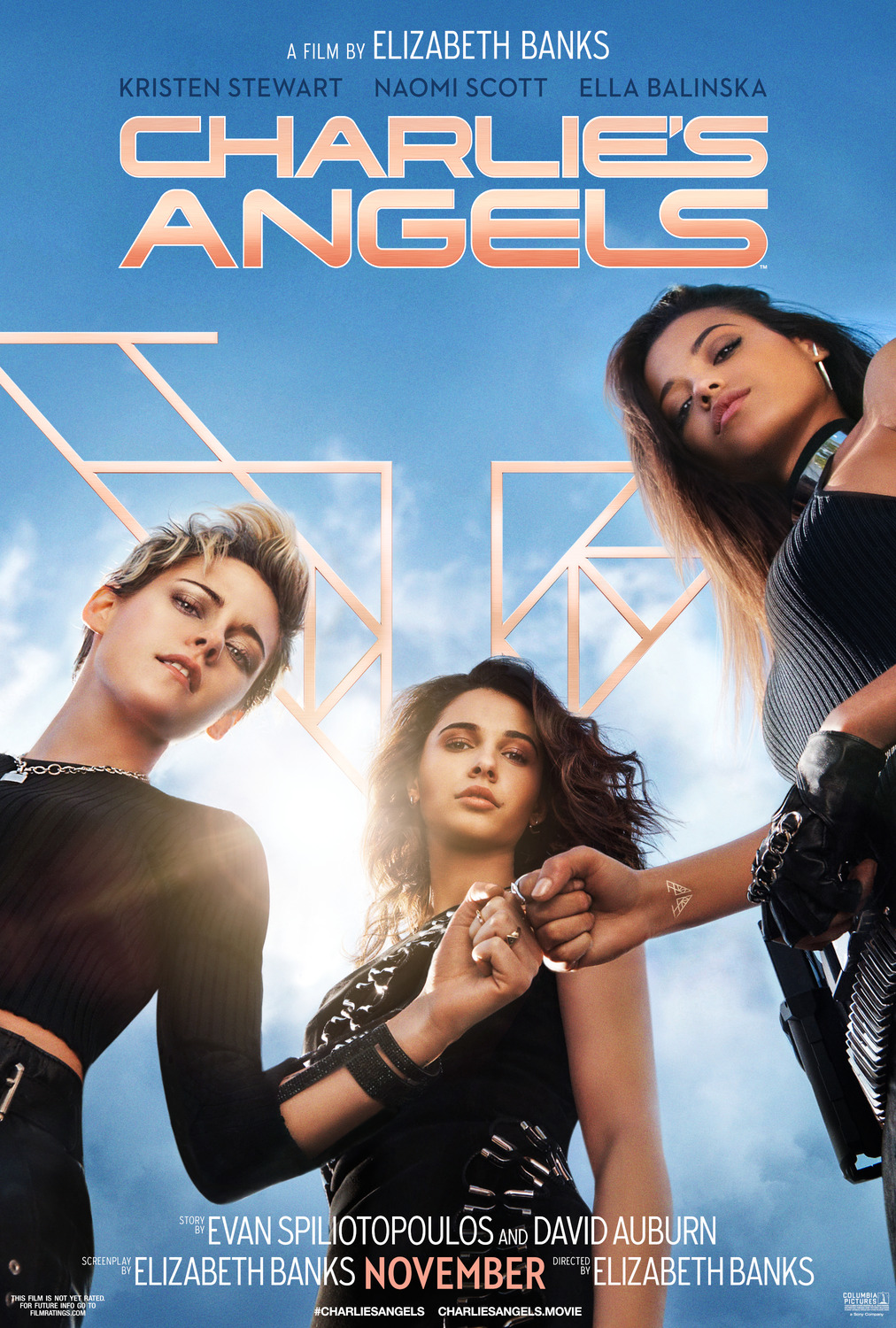 I'm mildly curious to see a feminist approach to the concept, but wasn't rushing out to the cinema for Kristen Stewart. I don't know the other two leads. Maybe they're great. I'll find out later. 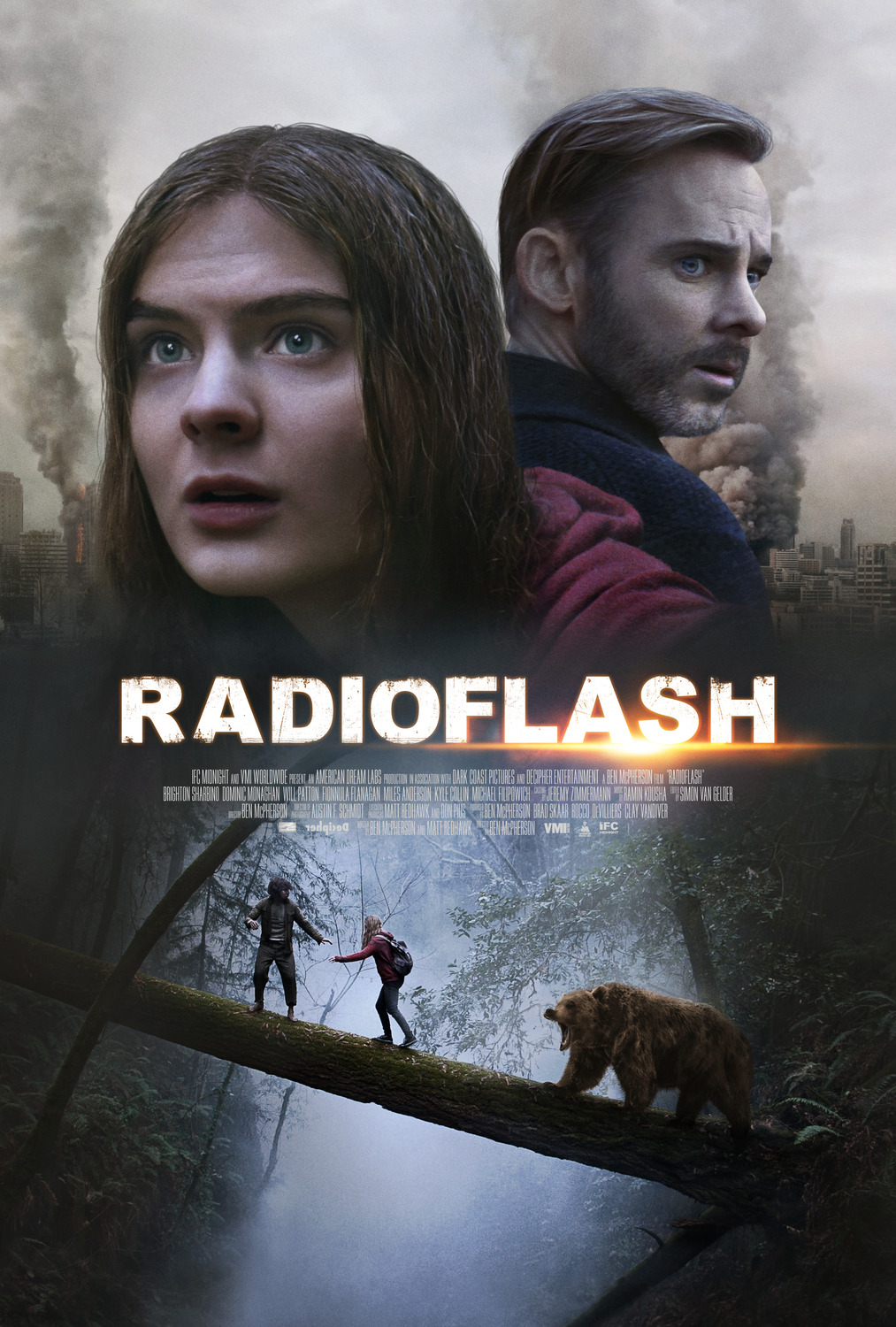 Want to know how to get me interested in your post-apocalyptic survival thriller? Put a big ol' Grizzly on the poster, apparently.

54. Jumanji: The Next Level 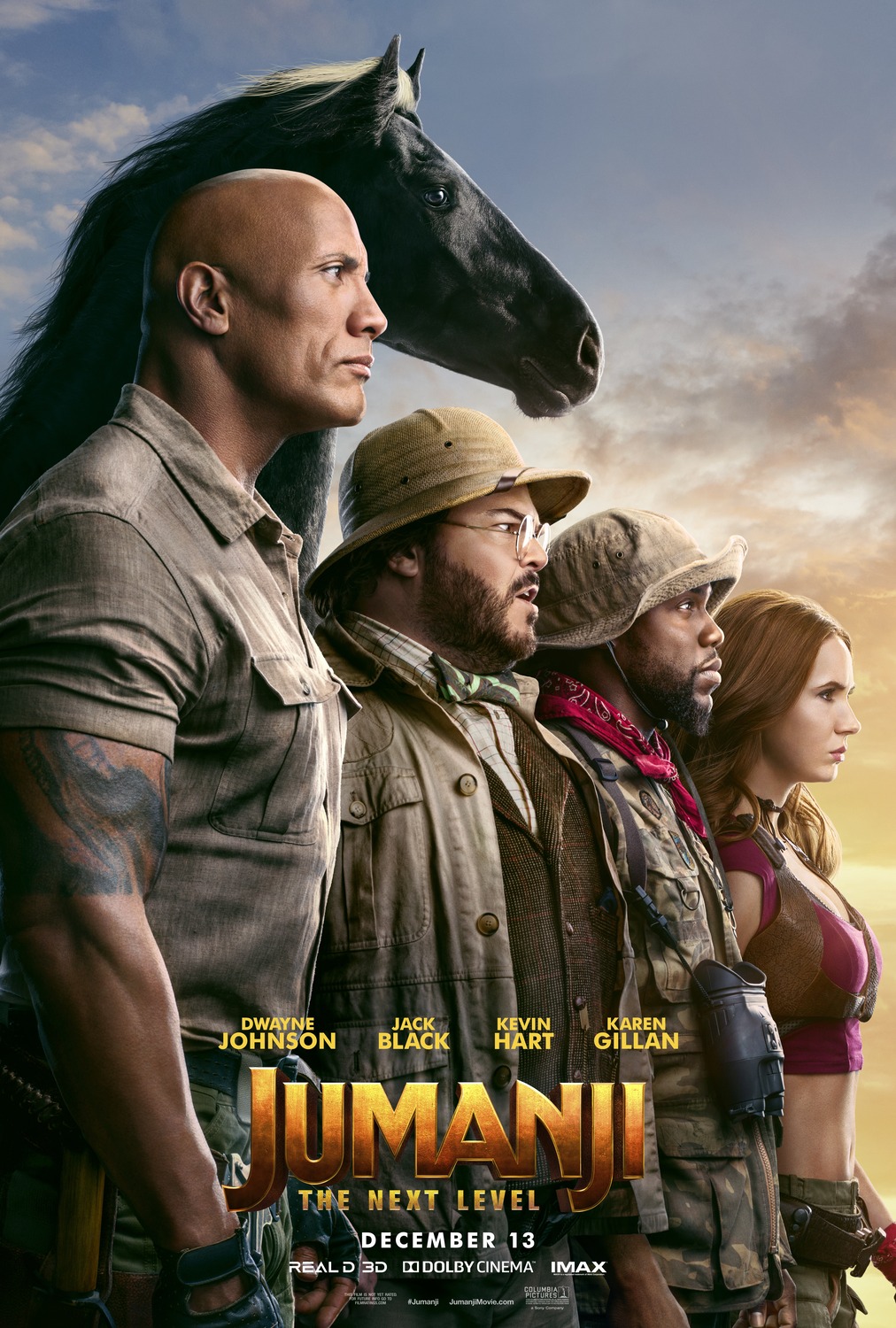 I loved the previous one and was excited for more, especially with all the attention that horse was getting in the marketing. Reviews calmed me right down though. It's not just that critics are indifferent about it; it's the specific criticism that it's just rehashing what we liked about the previous movie. Between this and Zombieland 2, I'm evidently skittish about that. 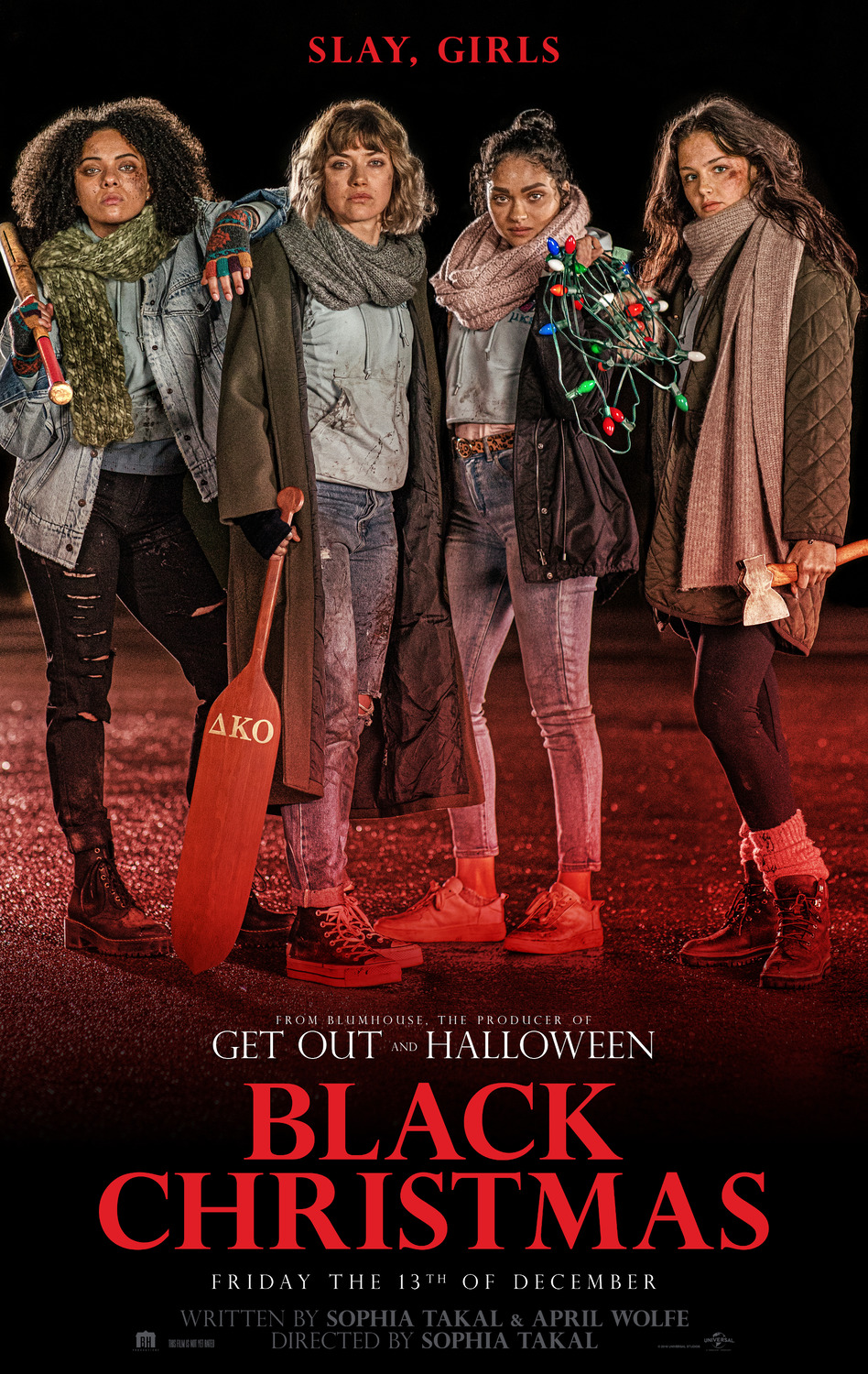 I have to be in a very specific mood for a slasher movie, but this looks like one I'll eventually enjoy. 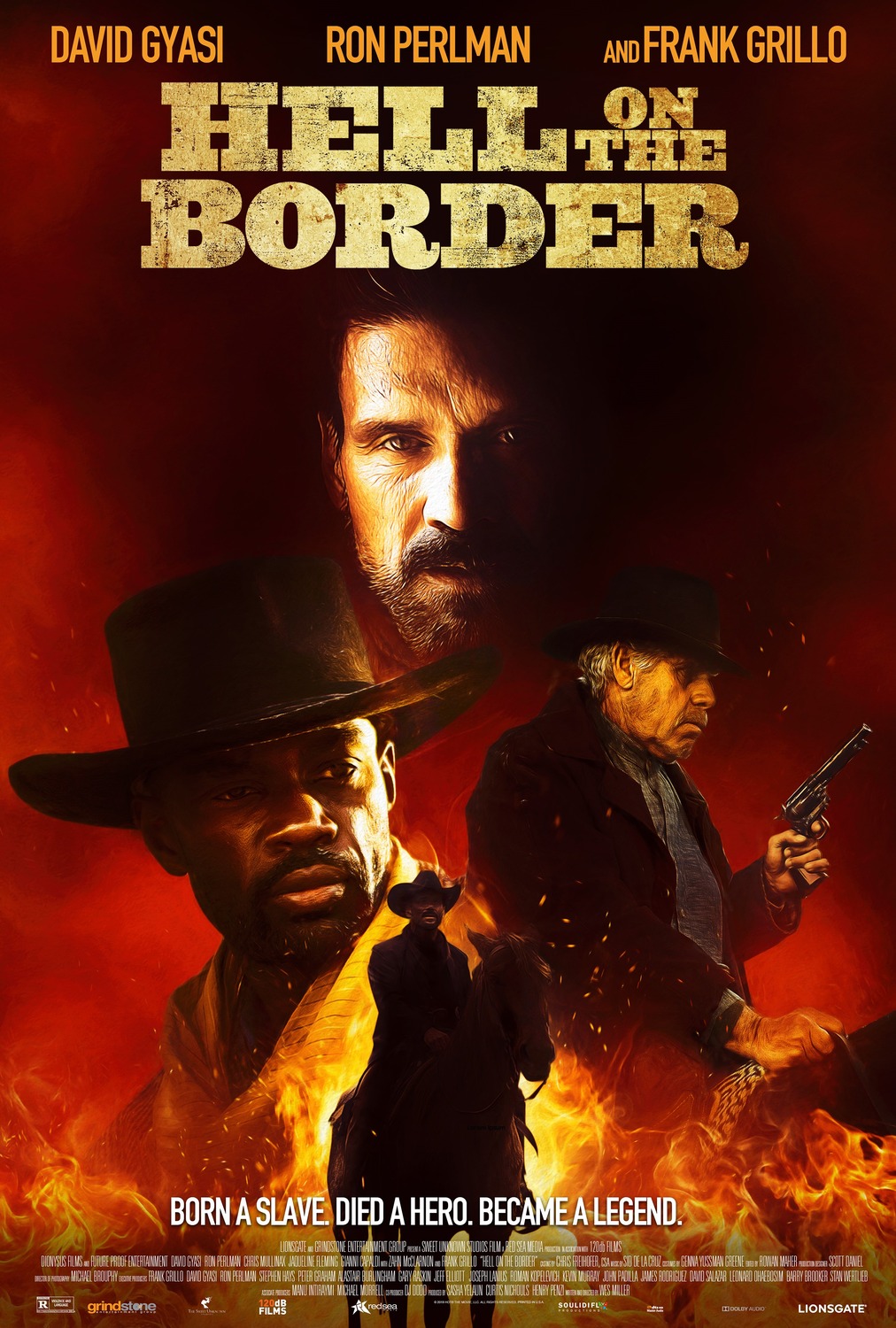 Another Western, but specifically, it's a Western about Bass Reeves, the historical person who helped inspire the creation of the Lone Ranger. And it's got Ron Perlman.

Lots of interesting premises but its easier than ever to just wait for movies to come on streaming for video.

Yep! I really like going to the theater, but only for films I'm super eager for or at least pretty confident I'll enjoy. These on-the-fence movies will show up on my TV soon enough.