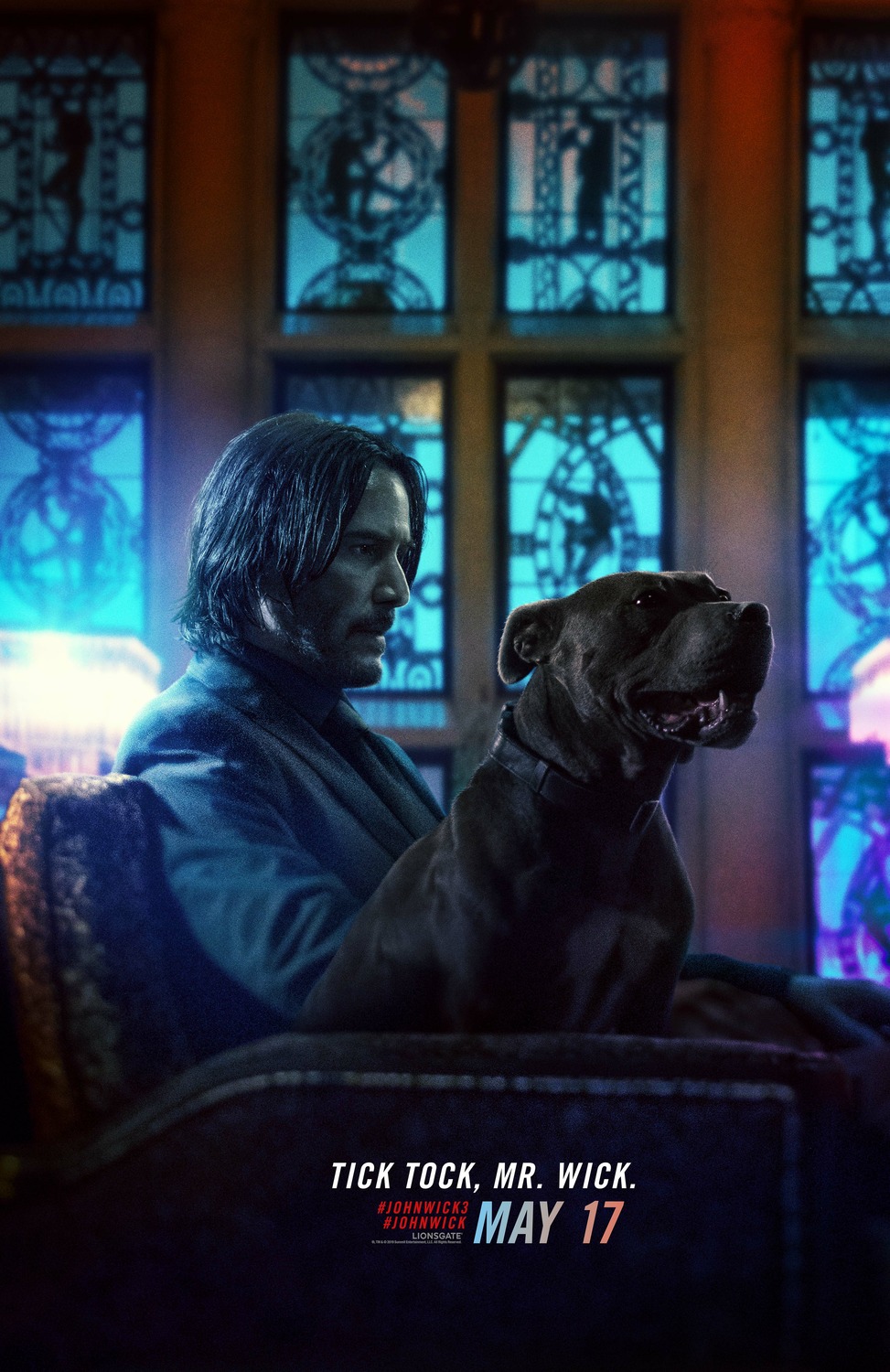 The new-series smell has worn off a little, but not the inventive and beautifully choreographed action nor the surprisingly insightful character work. There was a place near the middle where I thought I'd probably gotten everything I was going to out of the series, but it rallied at the end and made me at least interested in (if not crazy excited about) a fourth chapter. 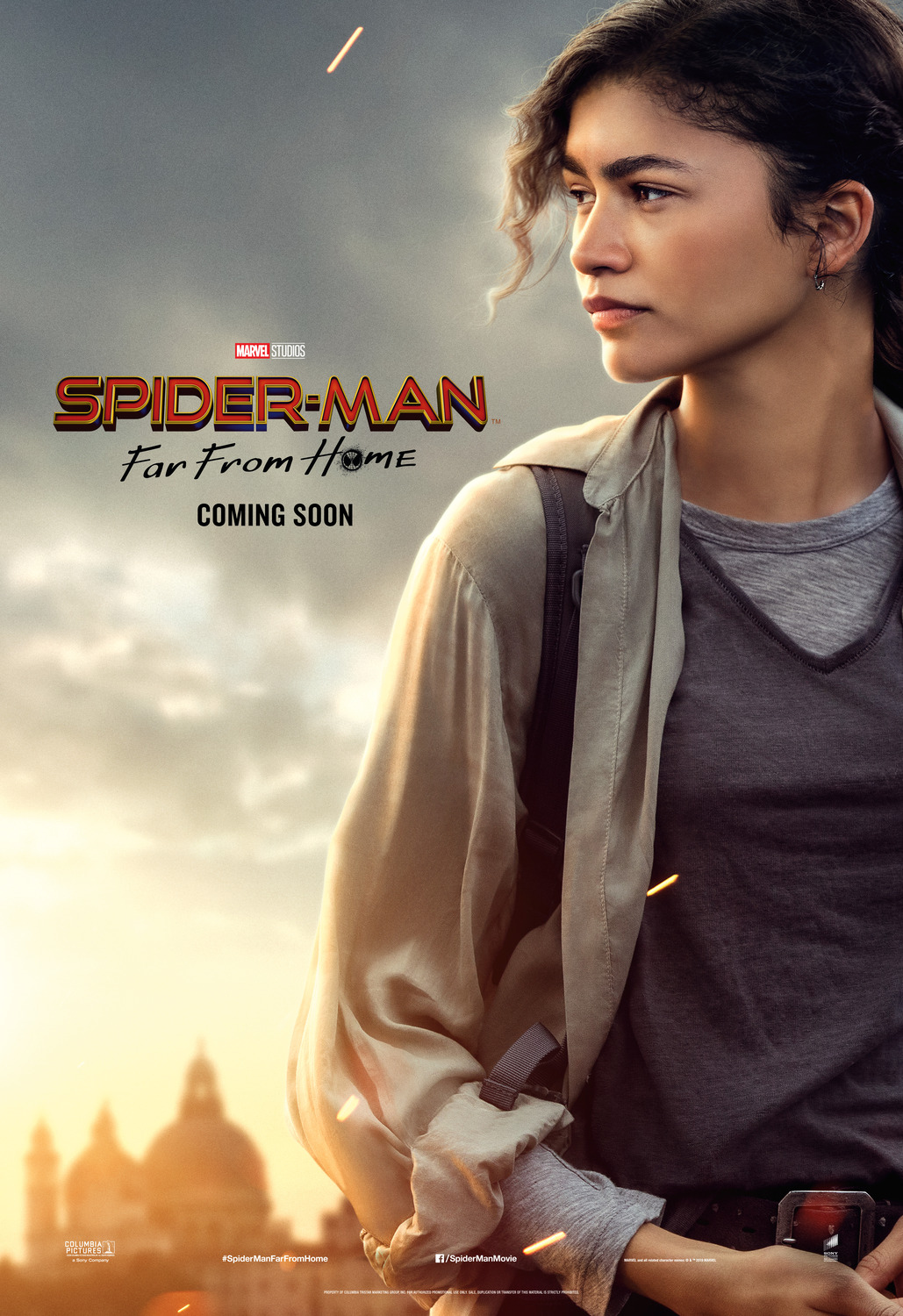 I appreciate that it deals with the fallout of Endgame, but I mostly love it for capturing the feel of an extended high school trip and all the romance and drama that come with one of those. And for giving me a great, cinematic version of one of my favorite Spider-Man villains. The thing I don't love about it is the cliffhanger ending and the fact that no sequel has been announced yet. But it's a great Spider-Man film and a great epilogue / palate-cleanser after the epic Thanos saga. The fact that it's this low on my list is a testament to how strong the year was as a whole. 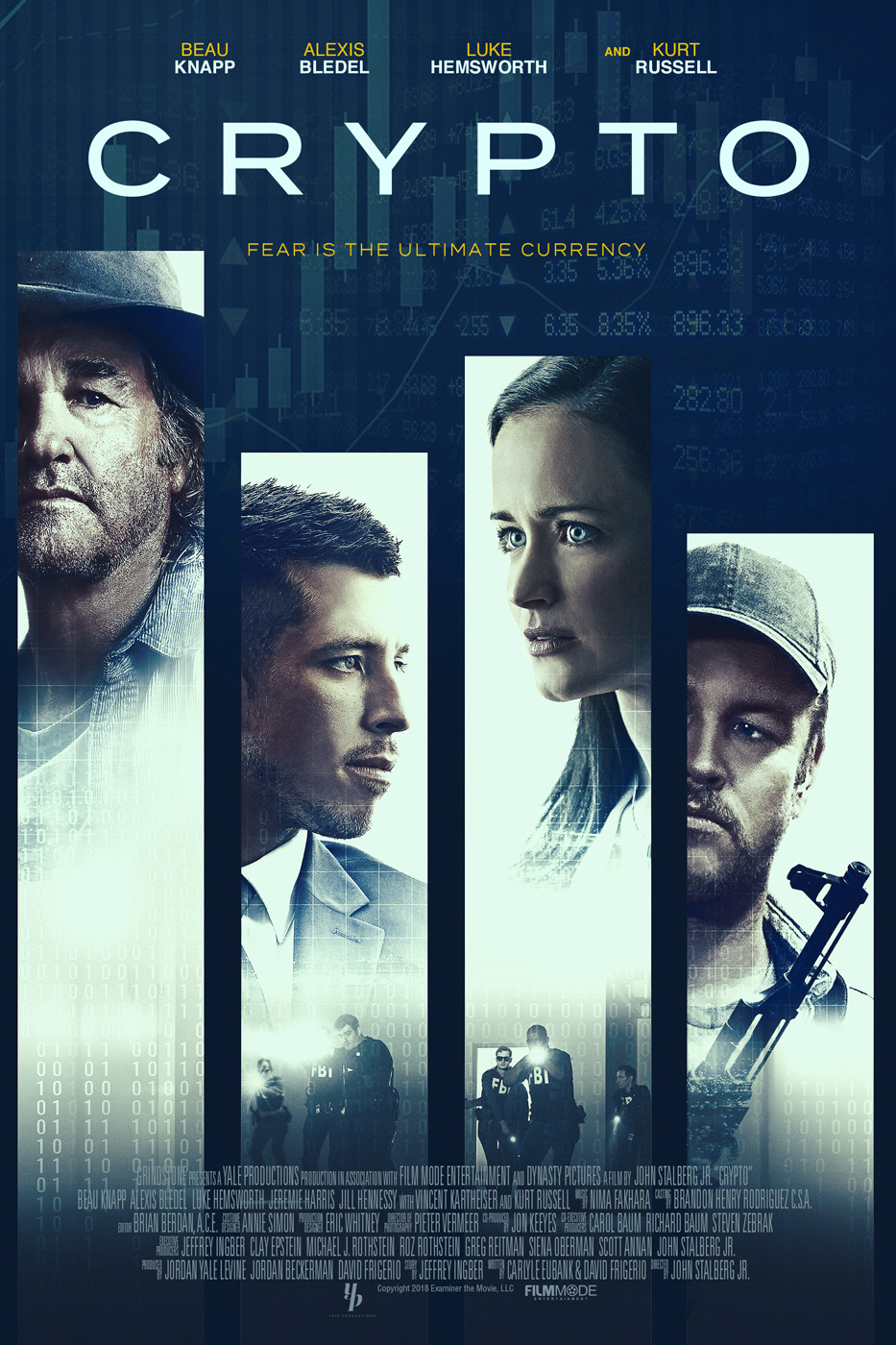 I expected a cheaply made thriller, but was curious to see it because of Alexis Bledel and Kurt Russell. To my surprise, Crypto is superbly directed, beautifully shot, compellingly edited, and has a story that kept me constantly guessing about where it was going next.

Beau Knapp plays a bank investigator who's assigned to audit the branch in his hometown. As he deals with his estranged family (with relatable, emotional performances by both Kurt Russell and Luke Hemsworth), he begins to uncover evidence that the bank may be involved in money laundering with Russian mafia and a local art gallery.

27. The Man Who Killed Hitler and Then The Bigfoot 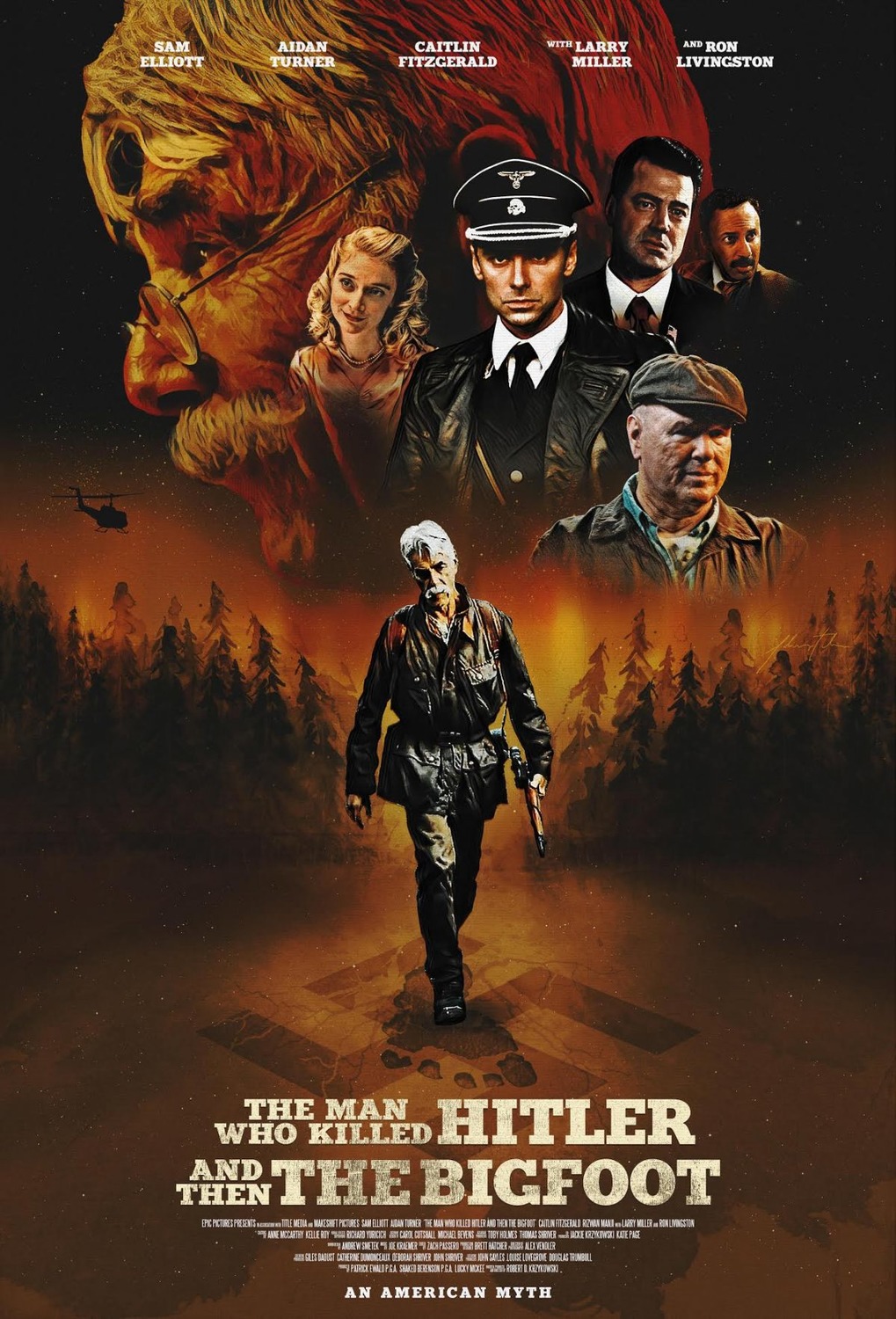 A movie with this awesome a title and as awesome a lead as Sam Elliott doesn't deserve to be artful and dramatic as well. But it totally is. This isn't the SyFy channel cheese it's disguised as. It's The Hero in stealth mode. 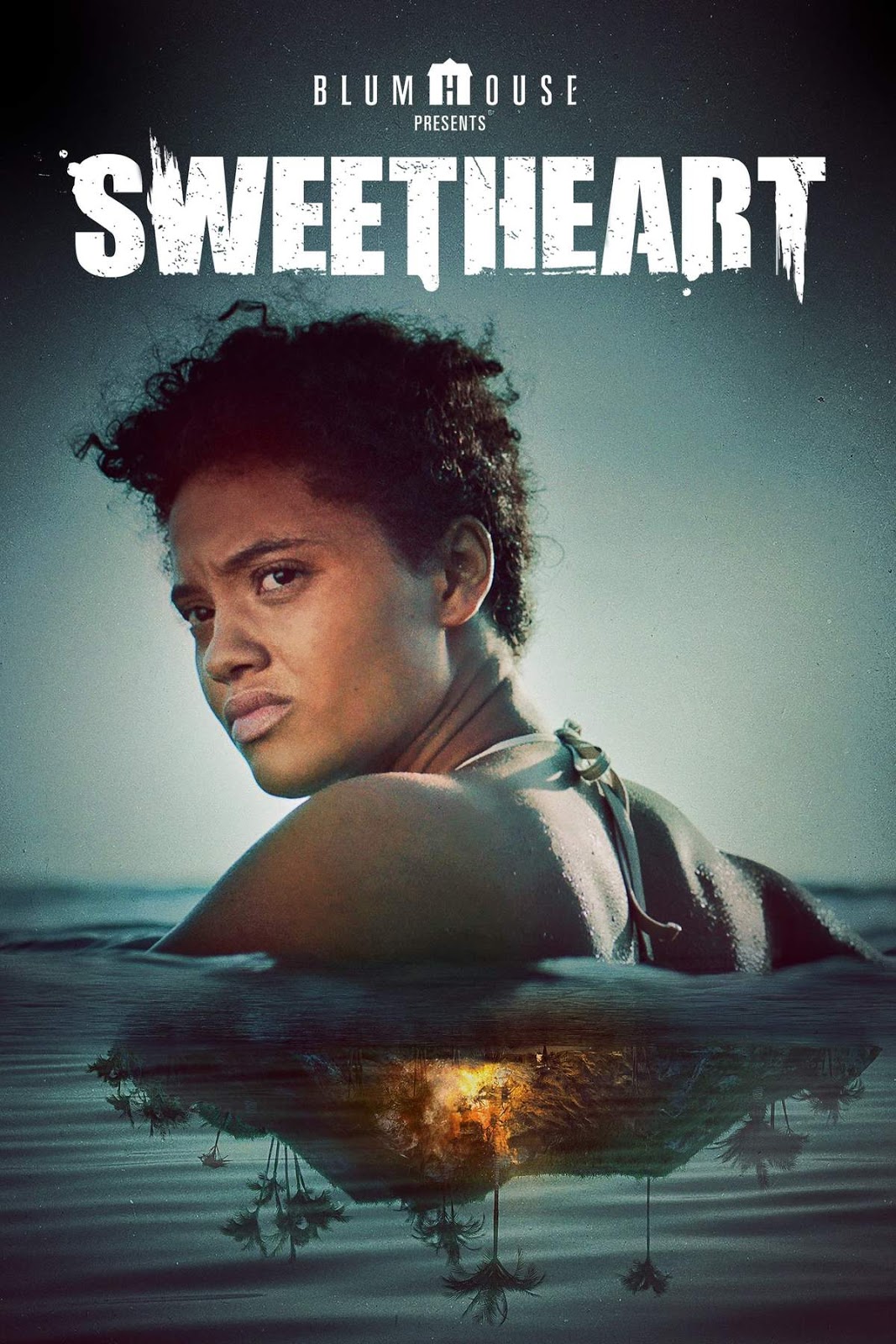 What would have been just a pretty good B-level creature feature is elevated by Kiersey Clemons (whom I also loved in Hearts Beat Loud). She believably alternates between terrified and determined as her circumstances dictate. I also enjoyed the mystery of how she arrived on the island, what she was like before she got there, and what happened to the other survivors of the boat accident. Some of the questions have more concrete answers than others, but I even love the ambiguity in the ones that are left to my imagination. 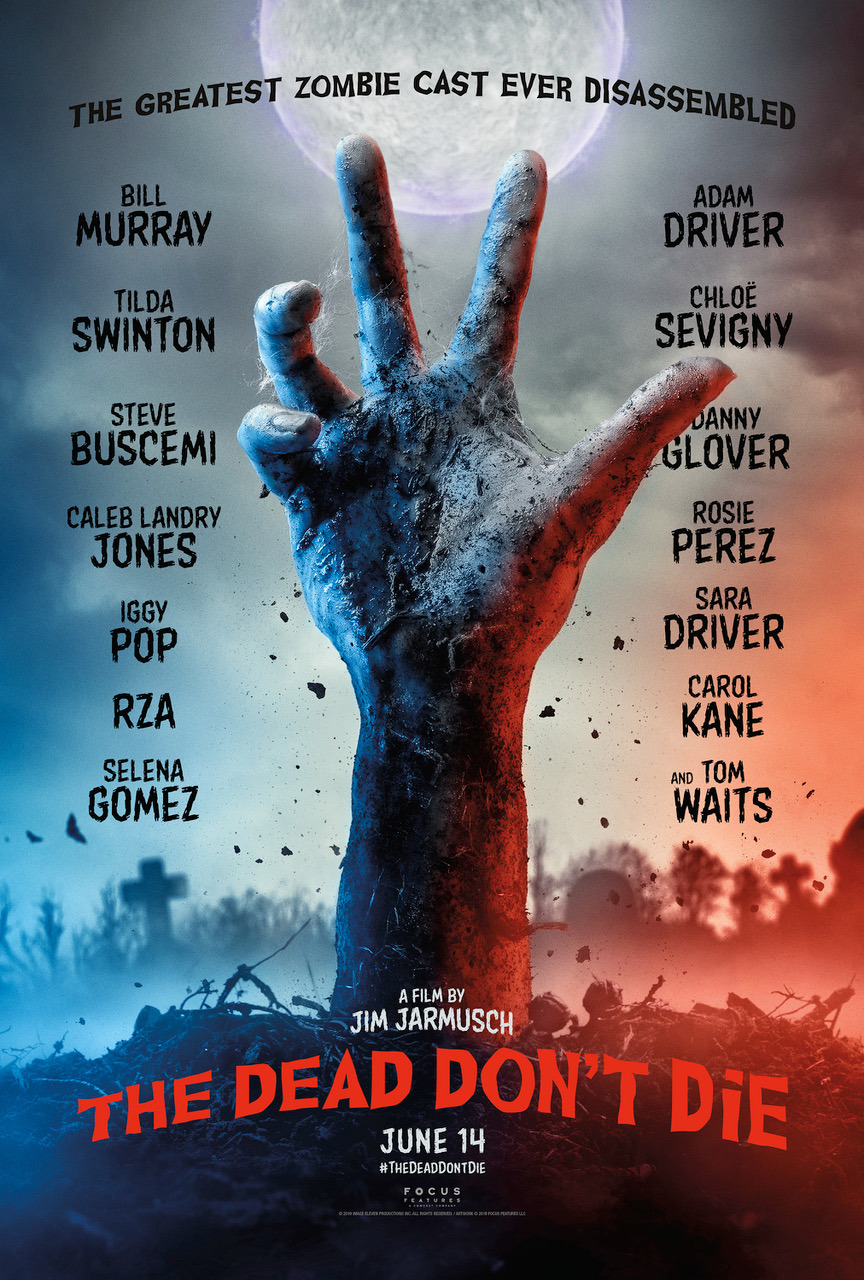 The Dead Don't Die could be Jim Jarmusch's most accessible film so far. Which might be why cinephiles and critics were pretty harsh on it. But I love the cast and the humor and the use of zombies to personify modern fears about climate change, immigration, and other concerns. Or, more accurately, to allow its characters to comment on those fears. I don't know that it has anything especially new to say about any of that, but I appreciate the urgency it expresses and I love the way that Jarmusch conveys it. 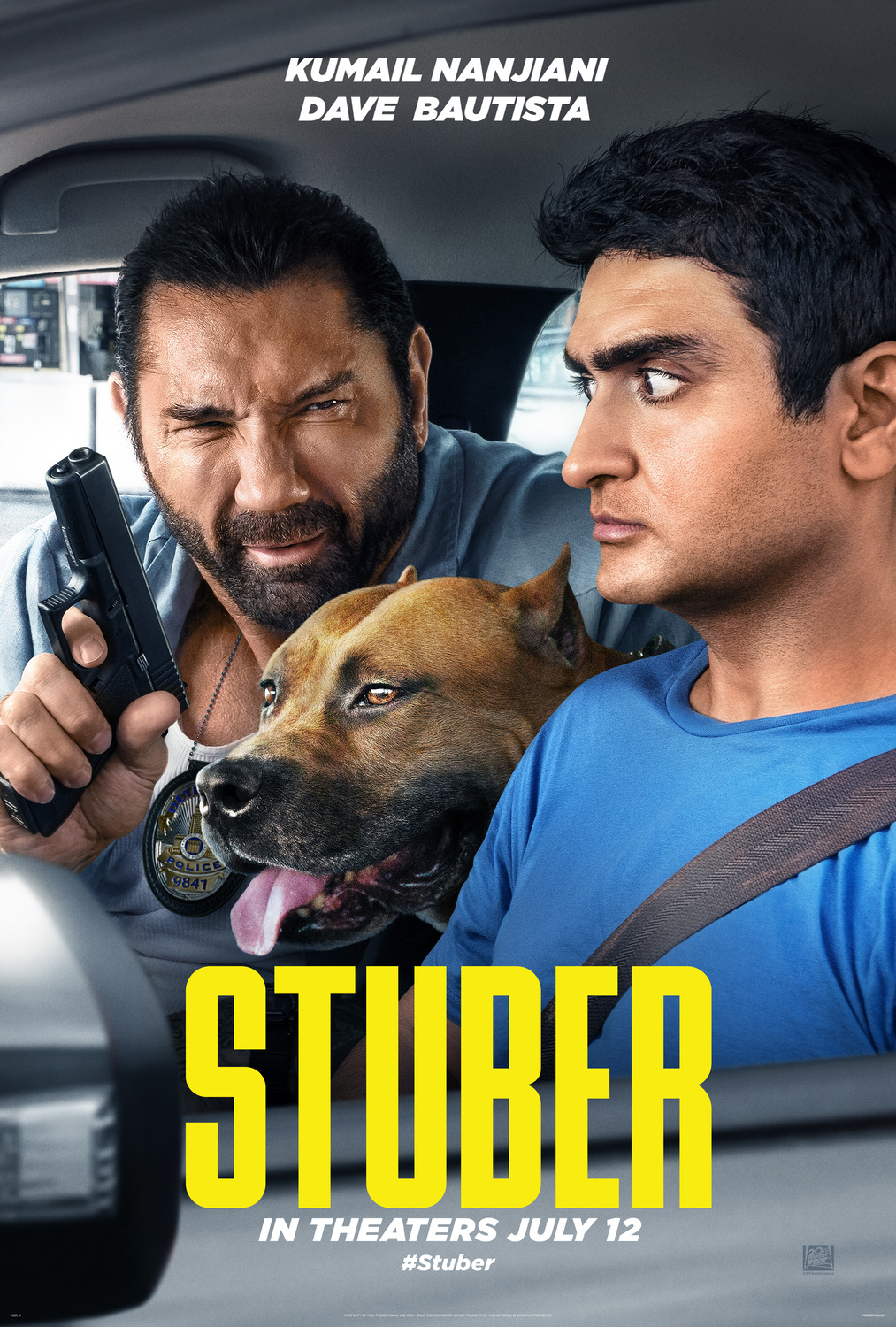 I'm all in for both Dave Bautista and Kumail Nanjiani and they're great together. And I was very pleasantly surprised to discover Natalie Morales and Mira Sorvino in prominent roles. Super entertaining movie with some great heart. 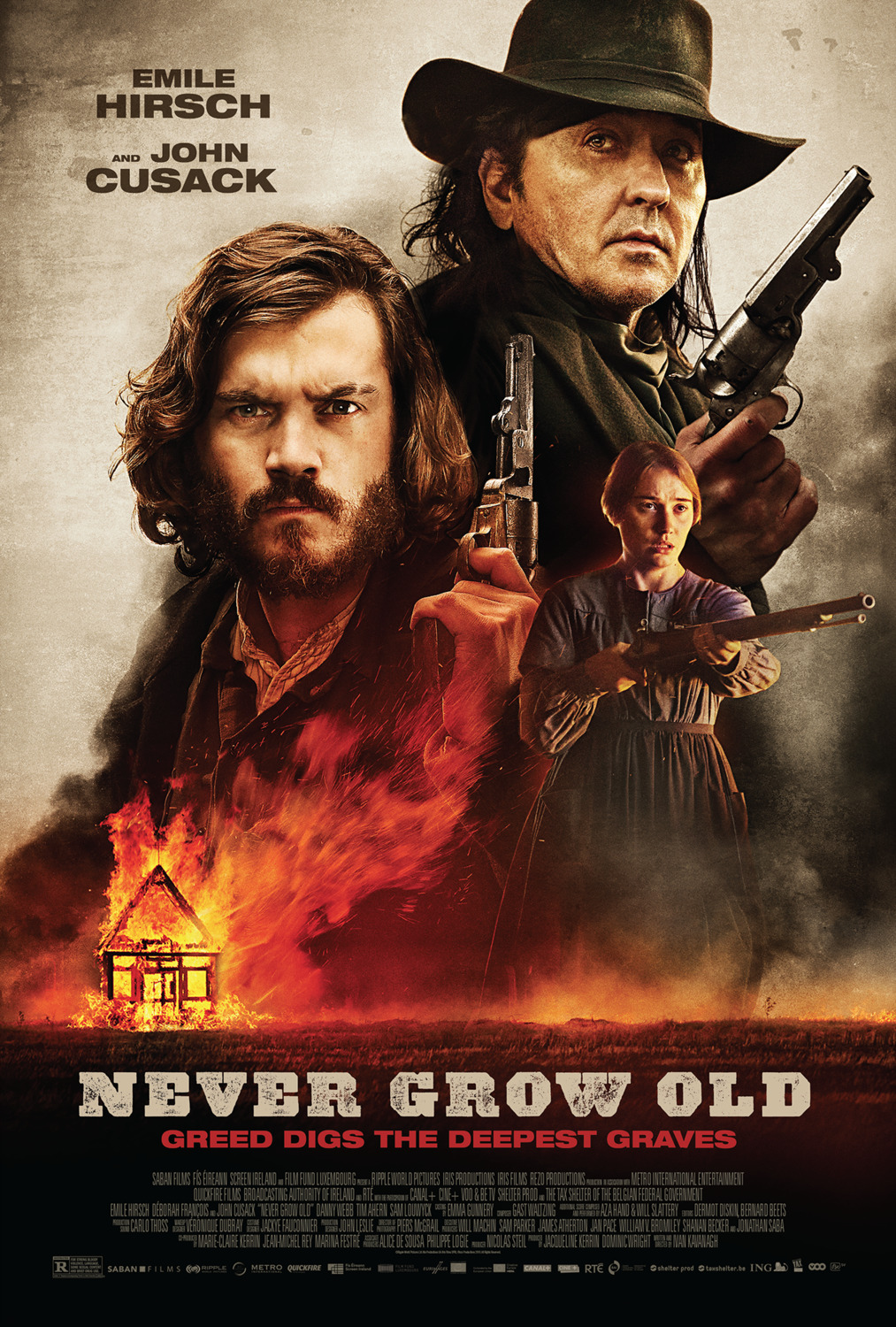 I was surprised by how much I enjoyed this. There have been a lot of B-Westerns lately with recognizable actors and the quality is usually Good Enough without being great. Never Grow Old is pretty great (despite it's generic title).

I always enjoy Emile Hirsch and he's excellent as a family man who's also the carpenter / undertaker in a small Western community. John Cusack's usual charisma makes him shockingly creepy as an extremely bad man who comes to town and sort of takes a liking to Hirsch. As the town becomes more violent, business gets better for Hirsch, which of course creates a moral dilemma.

It's deeper and more complicated than I expected and the acting is super good by everyone (not just the two leads). Special shout out to Déborah François who plays Hirsch's smart and resourceful wife. 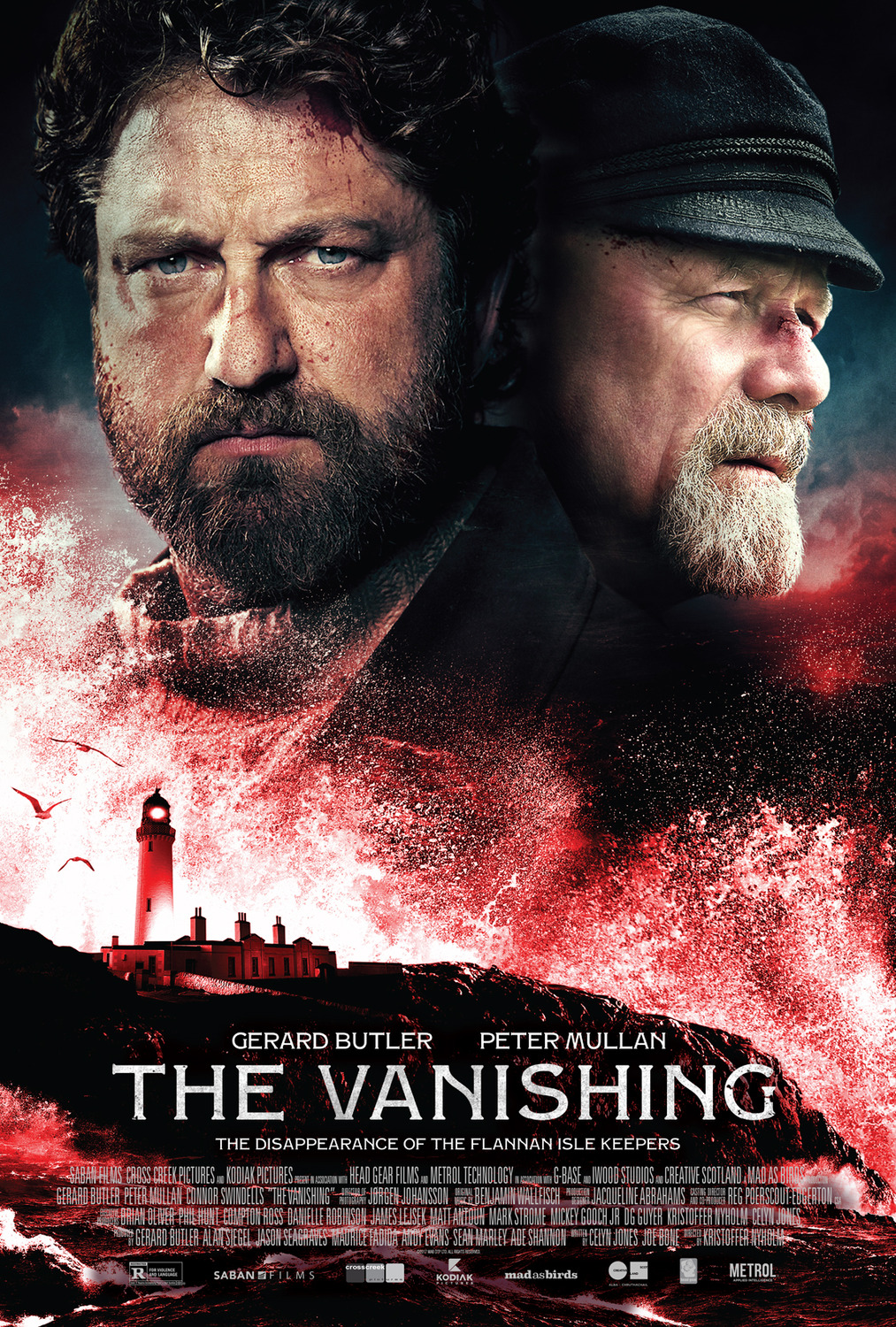 The other lighthouse movie from last year is based on historical events and is much more straightforward than Robert Eggers' The Lighthouse. And the best thing is that it's made me love Gerard Butler again. He's a cool actor who's been in some horrible movies, but this is a great, slow burning, tense thriller about three guys keeping a lighthouse on an otherwise empty island. And then something happens. It's sort of The Treasure of the Sierra Madre meets "Horror of Fang Rock." 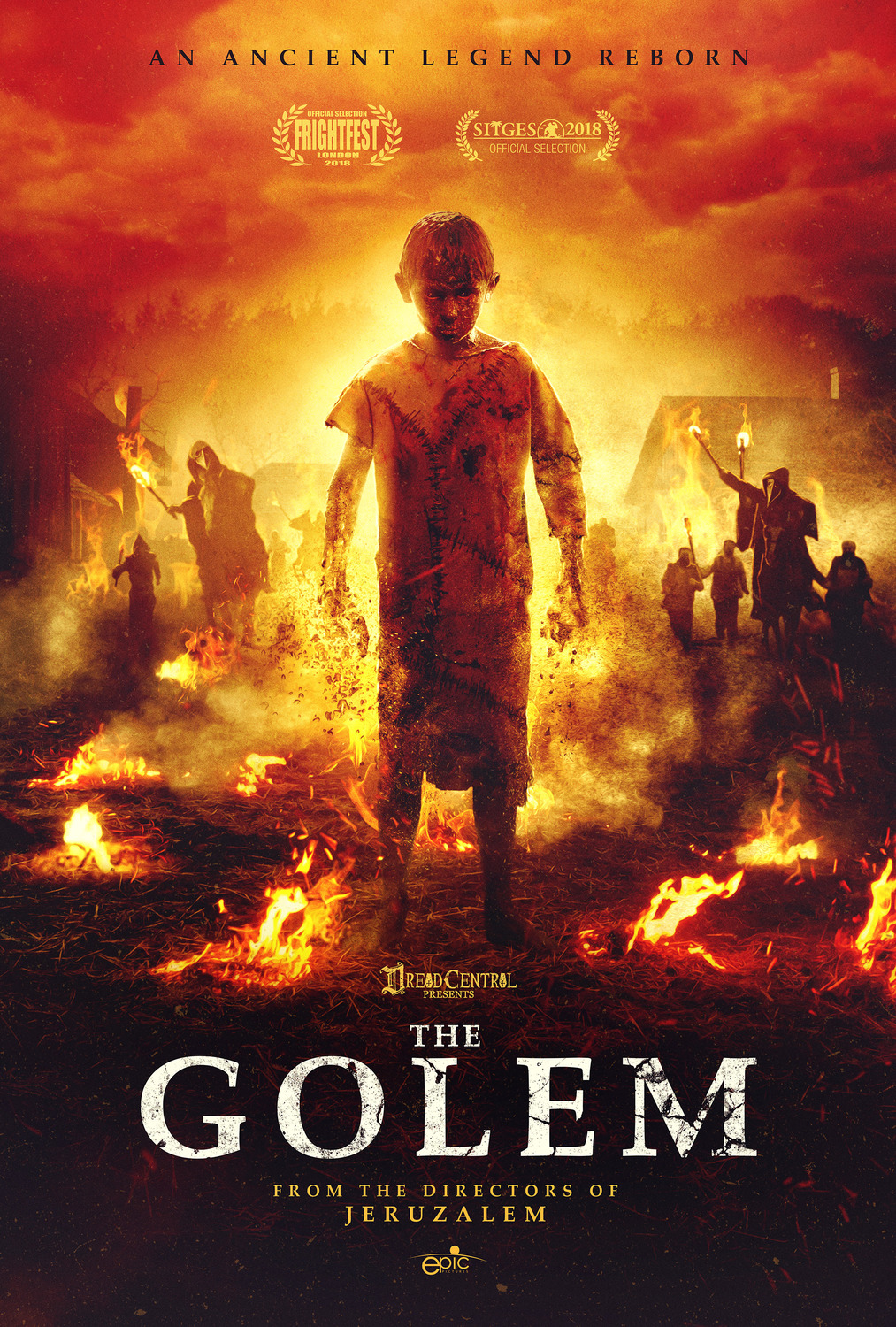 I was concerned that The Golem might turn out to be a low-budget gore-fest, but I'm a fan of the creature it's based on and hoped the film might have more to it than just dismembered bodies. It does.

I just happened to watch it over Mothers Day weekend, which was fortuitously appropriate, because it draws heavy parallels between the creation of the golem and motherhood. Hani Furstenberg plays an 18th Century Jewish woman named Hanna who lost her son several years earlier and has been unwilling to have another child since. When the village comes under threat of violence from outsiders, Hanna uses knowledge that she's not supposed to have in order to construct and animate an earthen protector. Much warning is given about how difficult a golem is to control and the film also connects this to motherhood by creating a tight connection between Hanna and her new "child," so that it intuitively knows what she wants. Controlling it is as impossible as controlling our deepest impulses.

The Golem offers a lot to think about and covers it in an emotional, but also fast-paced way.
at January 16, 2020