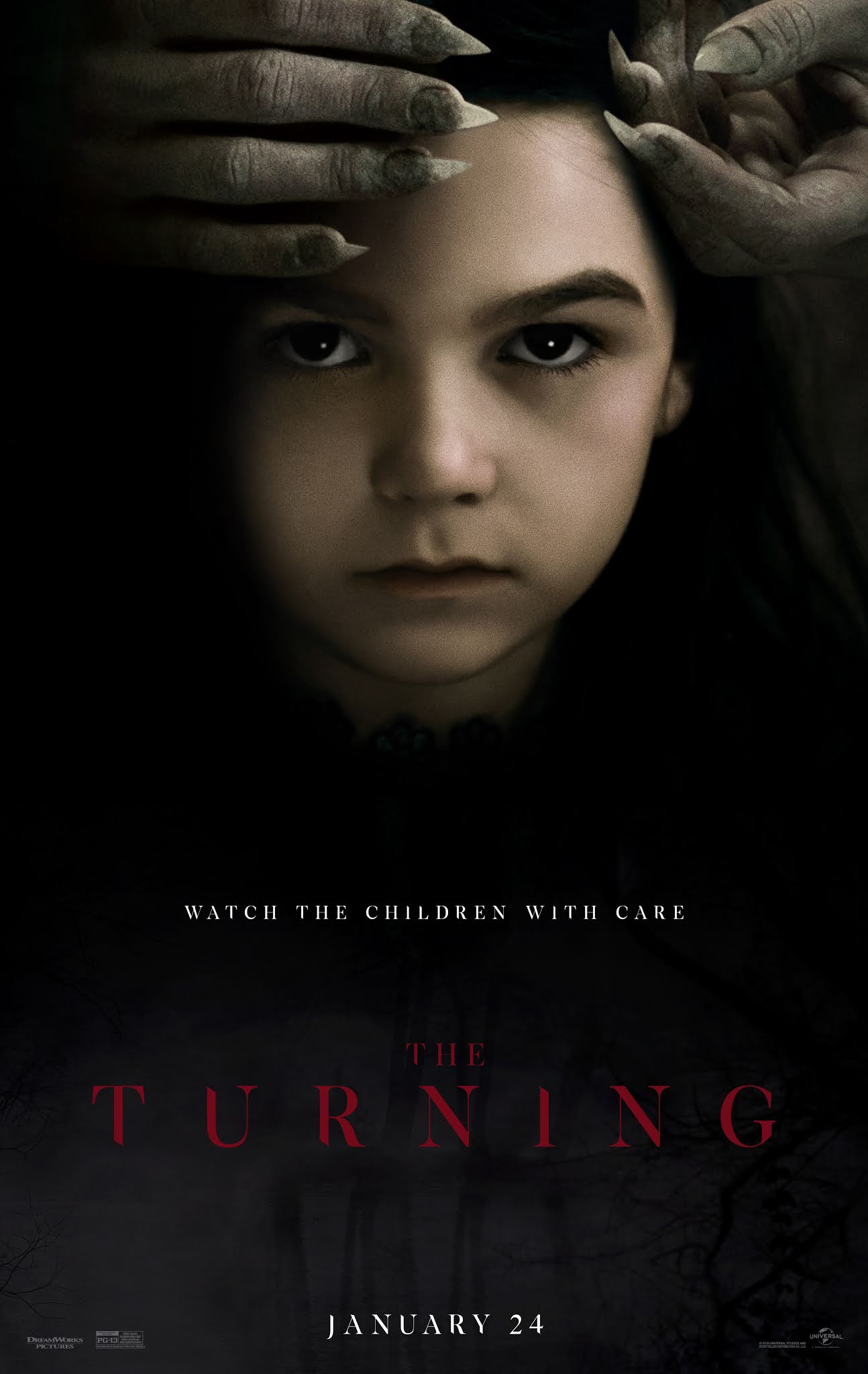 Finally wrapping up this Turn of the Screw project with the movie that started me on it in the first place. The Turning was one of the last movies I saw in the theater before lockdown and I wasn't sure what to make of it. That got me wanting to re-read James' book and see some other adaptations so that I could figure out if I was missing something. And whether or not the project helped me understand The Turning, I knew it would be fun.
When I saw The Turning, it had been a couple of years since I'd read and grown fascinated with the book, so all I really remembered was that it was ambiguous about the actual existence of the ghosts. I was curious about whether The Turning would interpret it as a straight-up ghost story or mundane psychological horror. And I left the theater disappointed that The Turning apparently tried to have it both ways with a couple of conflicting endings: one supernatural and one psychological. Rewatching it, I'm less confused about the ending (it's not actually two endings, but a fake out and then the real one), but it still doesn't work. I'll come back to that in a second.
The Turning updates the setting from the Victorian English countryside to the United States in the 1990s. The time period was something else that confused me when I first watched this, because I couldn't figure out what difference it made. This time, I went searching for an interview with director Floria Sigismondi and found this one she did with Collider where Tommy Cook asks her not only about the setting, but also tries to dig as much as he can out of her about the ending. Cook seems to be as confused by the ending as I was.
Sigismondi's response about the time period is basically that she wanted to modernize the story without having 21st century technology create questions she didn't want to answer. She also kind of came into her own creatively during the '90s, so that period seems to hold a lot of nostalgia for her. I don't think it's the best reason to pick that decade, but it's fair enough.
Besides the setting, the biggest change The Turning makes is shifting the focus of the story slightly so that it's very much about how the experience affects the governess (named Kate and played by Mackenzie Davis). The governess goes through a lot in the book and the story is all from her point of view, but at the end it's really about how her reaction to the experience affects the children. The Turning, on the other hand, is about toxic masculinity, how it's passed from one generation to the next (Quint to Miles, in this case), and what affect that has on women like Kate and the late Miss Jessel, or even little girls like Flora.
For the record, I think that's not only a valid take, but a very cool one. And Sigismondi and Davis are excellent at pulling me into Kate's gradual deterioration into paranoia. It's mostly an effective, spooky thriller. The ghosts are clearly real, but that makes Quint's lingering presence even more threatening.
What doesn't work is the suggestion that Kate's mental illness may be inherited from her mother (as nice as it is to see Joely Richardson in that role). The film is plenty capable of driving Kate nuts just with ghosts and and a highly frustrating household (Mrs Grose is no ally to Kate in this version). There's no need for an additional explanation or the twisty, ambiguous ending that Sigismondi settled on.
Two out of five frazzled faculty. 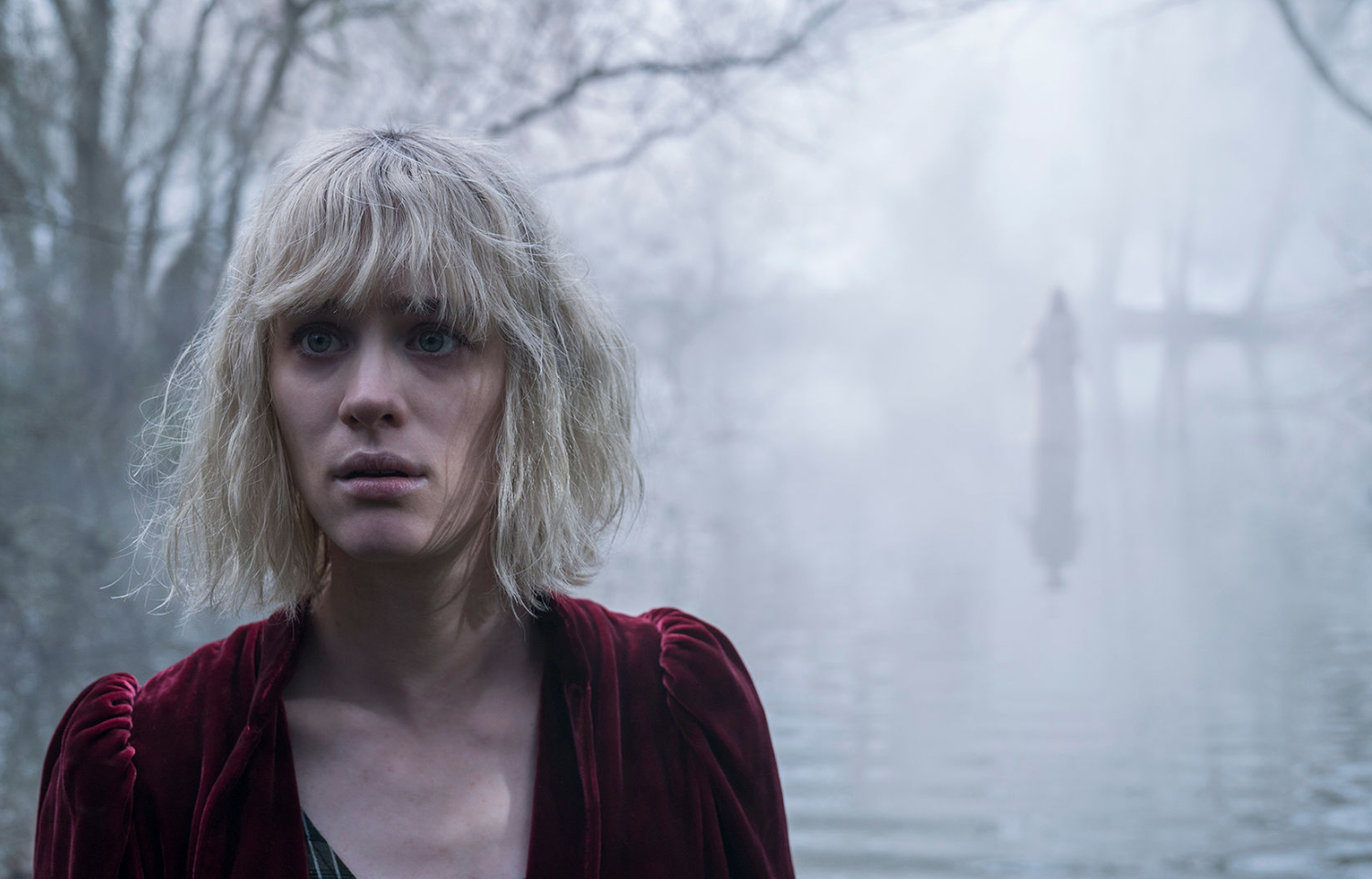