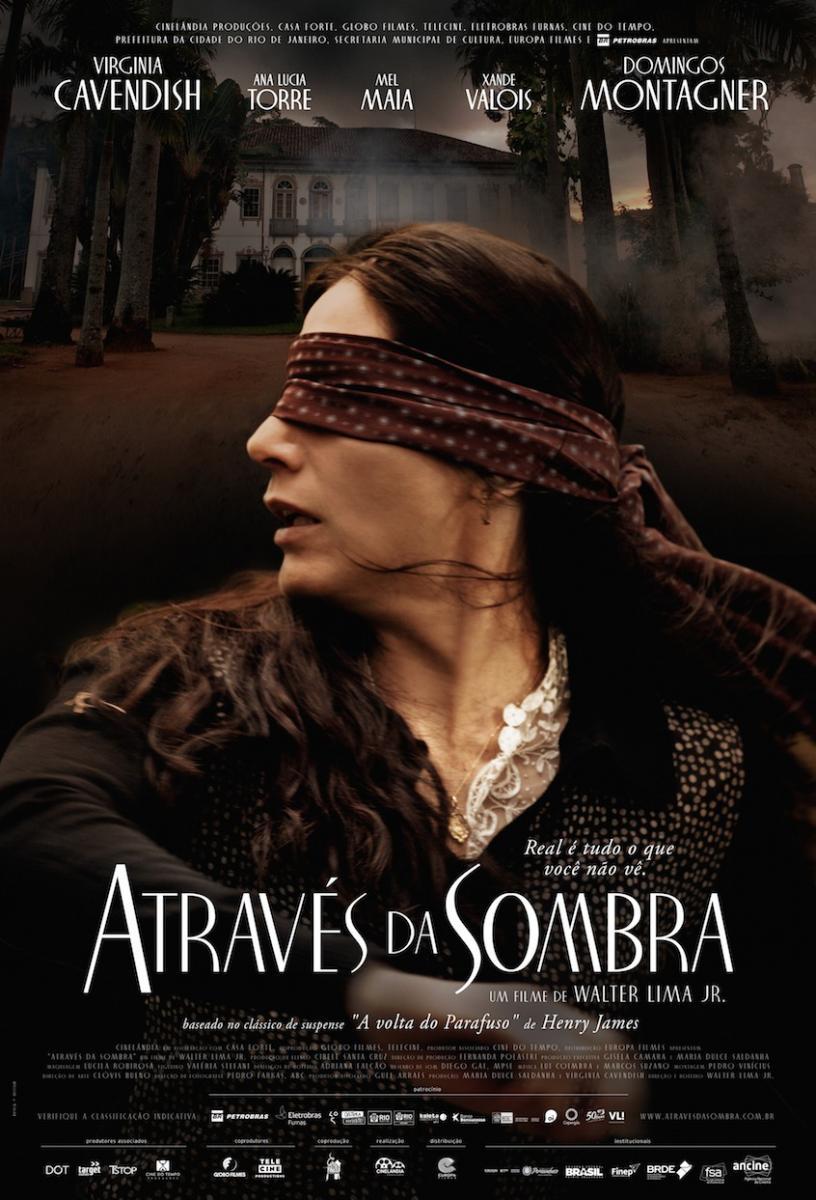 Através da Sombra is a Brazilian adaptation of The Turn of the Screw. The literal translation of the title is Through the Shadow, which I guess sort of describes the journey the governess goes on. "Through" implies that she comes out of the shadow on the other side, though, and I'm not so sure she does that in any version. The only one that spends any time exploring her life after Bly is the 2009 one with Michelle Dockery and she's still in pretty rough shape even then. On the other hand, I don't guess "through" actually implies that she comes out unscathed, so it could be an accurate, evocative title.
Através da Sombra is pretty straightforward except for its relocating the setting from England to Brazil so that Bly is now a large coffee plantation. Virginia Cavendish's governess is named Laura and her backstory is tweaked a bit so that she grew up an orphan in a convent, but the result is the same as other versions. She's been sheltered and the combination of her naivety and her strict, religious upbringing makes her overconfident and unprepared to deal with the trauma in the house that she's walking into.
This one really plays up the overconfidence and she's quite convincing for a while; almost Mary Poppins-like in her poise. But she's also visibly affected during the interview with the kids' uncle when he touches her hand and persuades her to take the job in spite of his requirement that she not contact him for any reason. (Incidentally, there's a lot of hand touching in the recent adaptations of this scene that I've watched. It's a subtle, intimate way for the uncle to influence the governess and I've almost come to expect it now when I watch a new version.)
Anyway, cracks continue to show in the governess' façade, especially when she thinks about her employer. She frequently imagines and even practices conversations with him. At first I thought it was just a cheap writing tactic to allow the audience into her head, but as it continued and intensified, it became apparent that the film is methodically revealing her to be unhinged.
As for the children, it's clear earlier on in this version that they've suffered some kind of trauma. In other versions, it takes a while for the governess to see past their sweet exteriors, but Elisa (this version's Flora) is painfully shy and distant right away even though the Mrs Grose character (everyone is renamed) insists that Elisa has been excited for the governess to arrive. She eventually warms up, but both she and her brother Antonio are always a bit off.
I've stopped trying to figure out if the ghosts are real from one version to the next. I no longer think that's important. I've settled my mind that they're always real and a threat to the kids, but that the greater danger to the children is the governess' attempt to save them. It's just a horrible situation and a powerful metaphor for how complicated it can be to minister to someone who's been through severe mental or physical pain.
That's why I prefer movie adaptations that have the governess be directly responsible for Miles' death. The book is vague about what exactly happens, but it's thematically beautiful for her to literally smother him while trying to protect him. Sadly, Através da Sombra doesn't go that route. Instead, it has Antonio drop dead while running away from the governess, implying that Bento (the Peter Quint character) is responsible. It still works - he's running from Laura who's kind of madly pursuing him - but it also kind of lets her off the hook a little. The story's more powerful when she's directly responsible.
Three out of five sad schoolteachers. 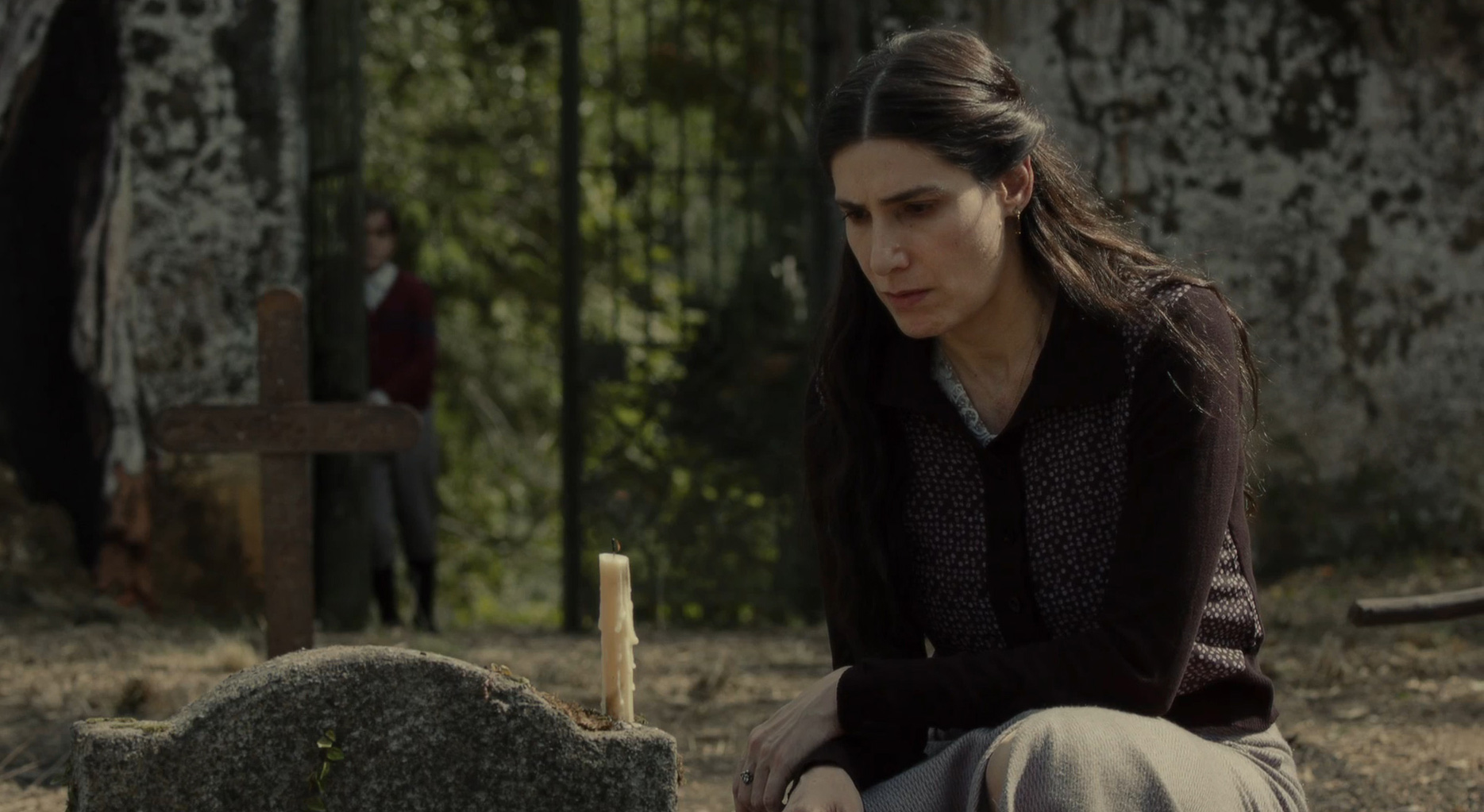