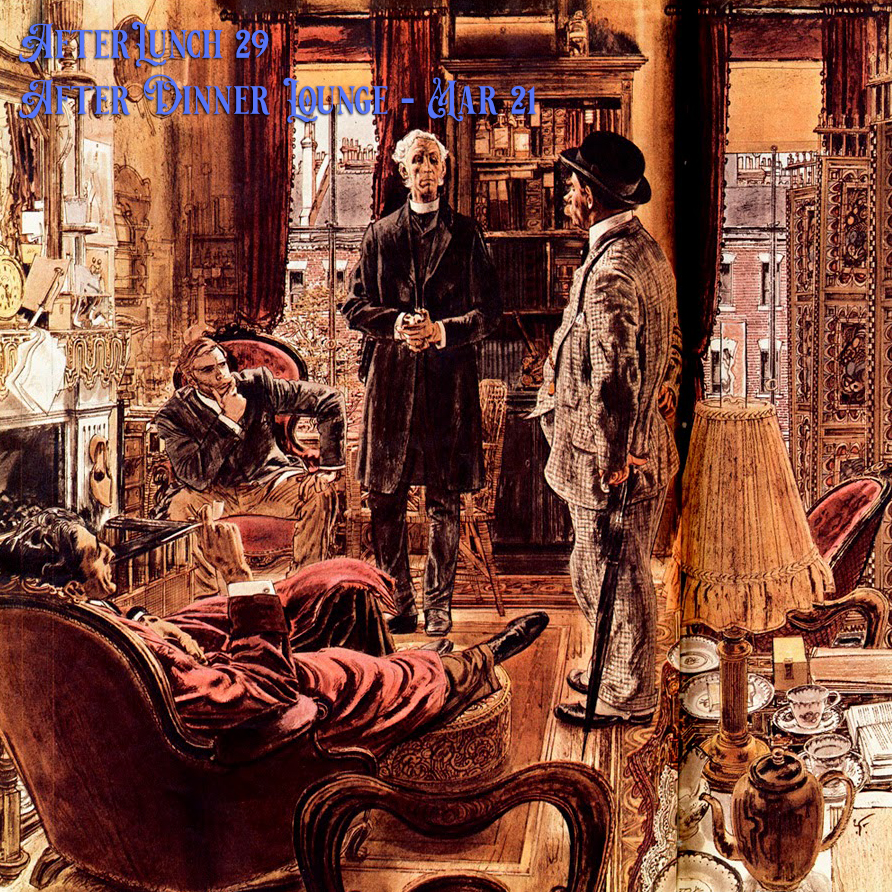 Rob, Evan, Pax, and I gather for another after dinner conversation sparked by what we've been reading, watching, thinking about, and - new with this episode - listening to. Discussions start from the following topics, but meander: Download or listen to the episode here.
at March 22, 2021

Michael & Co., Loved your Joker story, that was epic! Pax, I'm not aware of whatever happened to your dad, but it sounds bad, ultimately bad, and I'm sorry for whatever it was, and hope you get through it intact. I really enjoyed your insights on the old Nerd Lunch podcast, and have missed you and that a lot.

Which brings me to my other point: length. I could just make time in my day to listen to Nerd Lunch at its length of about an hour. I click on the After Lunch offerings to find them coming it at 2½ hours and up, and there's just no way I can shoehorn this into my day even when the subject matter is very interesting. Even as a retiree, I have things I need to be doing, and sure, I could play this in the background, but as soon as something else demands my attention, it becomes background noise until I become aware of the closing music. Same reason I don't listen to e-books. The only solution I could offer would be to do shorter podcasts more frequently, but that's what Nerd Lunch was, and I have to presume that that format was abandoned because no one had the time to produce it. I'll keep looking for a solution on my end, but a 2½ hour chunk is when the family gets together to watch an epic movie.

I don't want to end on a downer. You guys are very knowledgeable about your wide and varied subjects, and it's always a treat to know that I can come back and listen to a little bit here and a little bit there... renders my comments out of date before I even make them, though. Come to think of it, maybe that's a good thing!

You guys keep yourselves safe and healthy, and keep rockin' the bandwidth!