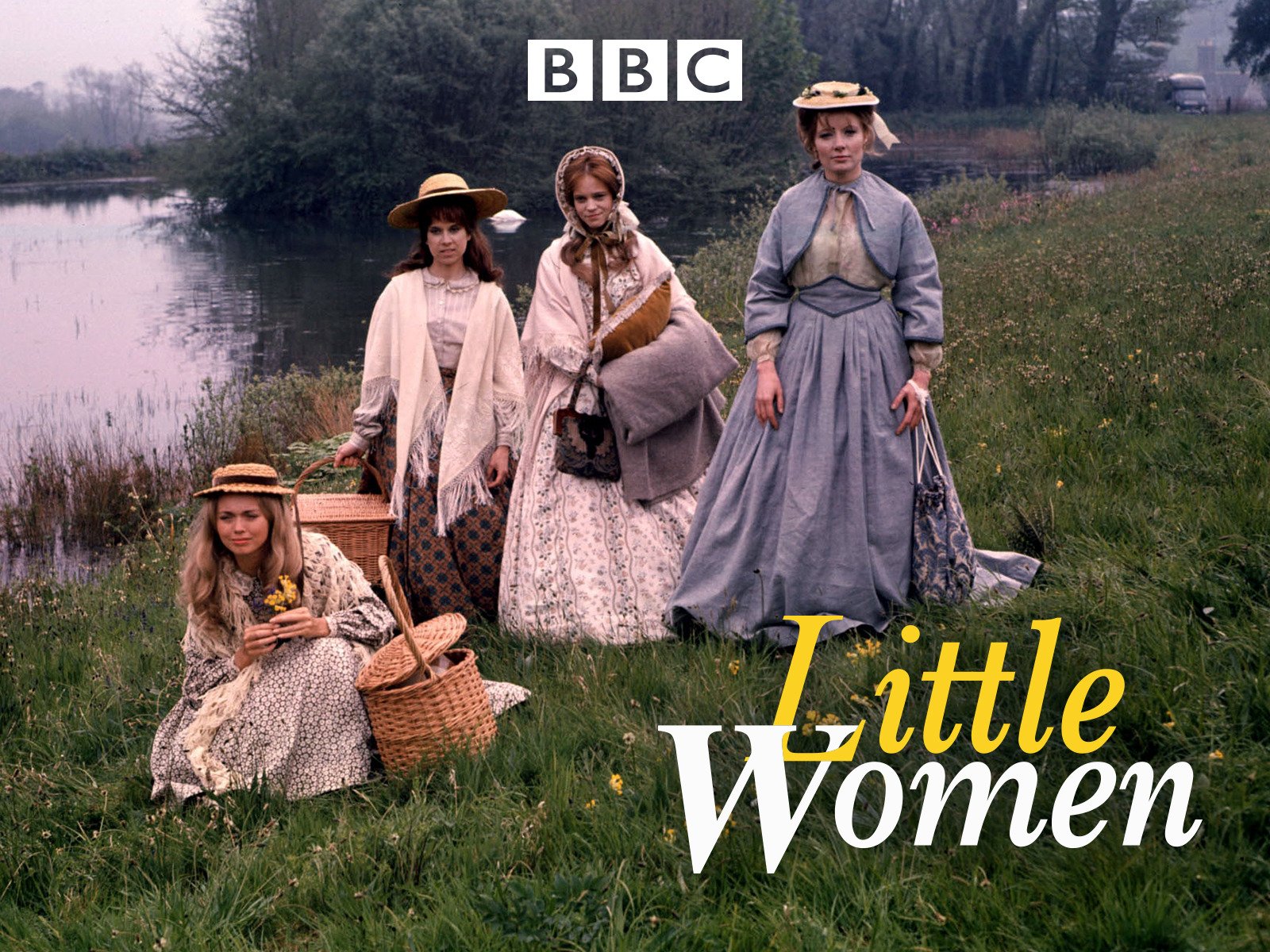 In 1970, the BBC adapted Little Women as a 9-part mini-series, which means a couple of things. First, it means more room for the story so we're finally getting away from the specific cuts made by the 1933 film and then copied by the 1949 remake. There's not only more of Jo and Amy's rivalvry, but also Meg's marriage and the adjustments that she and John Brooke have to learn.
The other thing about this being a BBC production is that almost everyone has English accents, so it feels like it could be happening in Dorset as easily as Massachusetts. The big exception is Pat Nye as Hannah, the Marches' housekeeper. Nye is working hard on a Southern accent that I'm not sure is that appropriate either. In the novel, Hannah has her own dialect, but if memory serves, she's supposed to be Irish. None of this is really a problem or made the show less enjoyable for me, but it's amusing.
What I didn't enjoy as much was that the adaptation uses so much of its extra time to highlight the conflicts between the characters in darker, unpleasant ways. Alcott doesn't write any of these people as flawless, but they're all aware of their faults and eager to improve. And more importantly, they all genuinely like each other. In this mini-series though, they're bickering and quarrelsome.
Laurie and his grandfather are a good example. In the novel, they fundamentally disagree about the direction of Laurie's life, with Laurie wanting to follow in his parents' musical footsteps, but Mr Laurence urging for what he believes would be a more useful occupation. Alcott has the two characters clash, but it's always clear that Mr Laurence loves Laurie and wants good things for him, while Laurie in turn respects his grandfather. In the mini-series, they get downright nasty with each other and there's a lot more sulking.
Hannah is another case. I don't know where this version's cantankerous, complaining, old grouch came from, but she's not from the book. She's meant to be lovably irritable, but I hated being around her.
Patrick Troughton's Mr March isn't grumpy or mean, but this version really emphasizes his absence and makes it not so much about duty to his country as just a general negligence of his family.
You get the idea. If there are two possible motivations for a character to act badly in Little Women, this version chooses the more selfish. Everyone's just a little more despairing. There's less hope. Which is pretty understandable for a 1970s production. The world was a dark, uncertain place. It's just not going to be one of my favorite adaptations.
Outside of that, it's a good cast. It's certainly fun seeing Doctor Who as the father. Angela Down plays Jo with a perfect mix of well-meaning and shooting-her-mouth-off. Janina Faye is lovely as Amy even if this version never quite matures the way the literary one did. (When Faye was ten years old she had a part in Hammer's Horror of Dracula, which makes me want to go back and watch that again now.) Stephanie Bidmead is a great, matronly Marmie. And I really enjoyed Jean Anderson as the thin, prissy Aunt March, maybe because that character is already pretty disagreeable in the book and translates easily into this version.
Two out of five languishing Lauries. 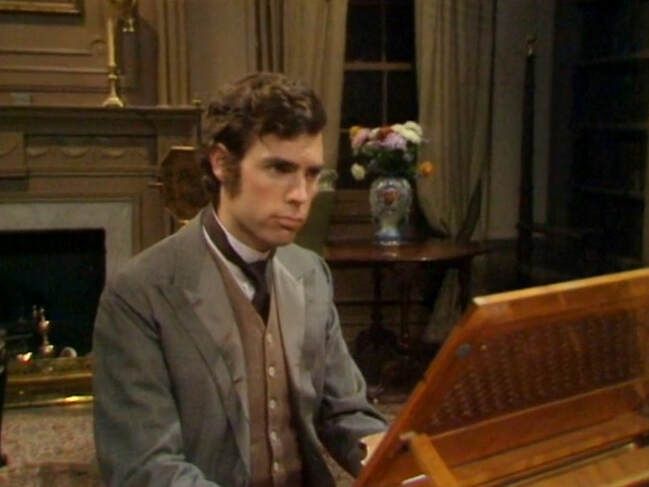