Pretty in Pink: The TV Series | Senior Year: Some Kind of Wonderful

Final season! Although someone could easily take this hypothetical TV show into college years, because I've already started doing that in this season.
I designed the series as an ensemble show, but just because of the Pretty in Pink title I've always thought of Andie Walsh as the lead character. She graduated at the end of last season, but I don't want to let her go that easily, so she's going to stay on. I also don't want her hanging around the high school, but she'll still be working at TRAX with Iona, saving money for college. Blane is away at school though, which puts tension on their relationship.
When I first thought of this and talked about it on the Fourth Chair Army Invasion podcast, my idea was to complicate things even more by having Duckie's connection with Kristy Swanson at the prom be temporary and have him again try to win over Andie with Blane away. Thinking more about it, I don't like that. It's more interesting to me to have Duckie try to make things work with a new girlfriend, while also keeping his friendship with Andie. The more crisis Andie experiences over Blane, the more Duckie will want to love and support her, which will of course create tension with "Duckette."
Let's not call her "Duckette," though. Swanson also played a student named Simone in Ferris Bueller's Day Off. It's pretty easy to make that the same character. Which I guess means that we need to cast her. I'm picking Julia Garcia, who's got a great, bubbly smile and has had recurring roles on Fresh Off the Boat and Disney's Sydney to the Max. 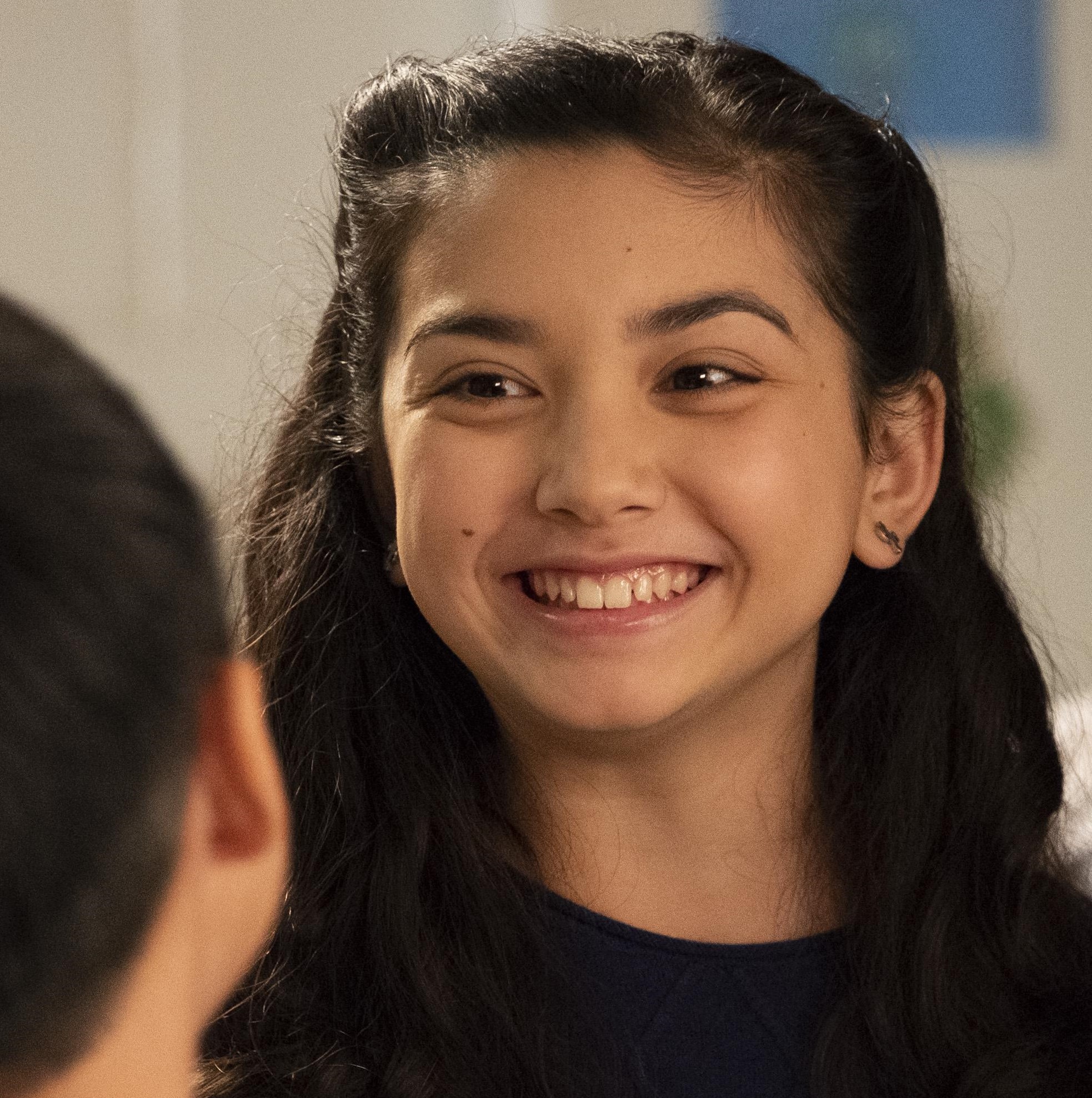 But while we keep Andie, Duckie, and Simone in focus, we also need to spend time with the characters whose movies came out during the 1986-87 school year. And that would be the folks of Ferris Bueller's Day Off and Some Kind of Wonderful (which provides the sub-title for the season).
Simone is tied into Ferris' world, so let's discuss him first. He's burned out on academics and really life-goals in general, so he starts skipping school a lot this year. But between last year and this one, he's become a school legend. All the cliques think he's super cool, so he's completely outside the normal social/power structure.
Meanwhile, Cameron's relationship with his dad is getting worse and worse, which leads to a legendary day of hookie with Ferris and Sloane. Like the events of the Weird Science and The Breakfast Club movies, this will happen off-screen and between episodes. But we will follow up with Cameron as he confronts his father about the destruction of the Ferrari and their relationship in general.
While this is going on, we'll also be checking in with Keith, Watts, and Amanda. Keith has had a crush on Amanda for four years and realizes that his chance to go out with her will completely vanish at the end of the year. Much to Watts' dismay, he starts figuring out how to ask Amanda out for an epic date. This story line will follow our approach for Sixteen Candles and Pretty in Pink, pretty much remaking the movies over the course of several episodes and really digging into the emotions and psychology of the various characters.
And that's it for Pretty in Pink: The Series. You could cast it a lot of different ways than how I chose, but I'm super happy with how well the John Hughes Teeniverse fits together. Makes me want to re-watch the movies now.
at July 14, 2020

Timely, I’ve got a copy of some kind of wonderful on stand by for when I finish our latest MMN movies. I’m curious about Eric Stoltz career since I just saw Mask not too long ago. Had I know he plays an aspiring artist in Wonderful I might have seen it sooner.

It's the definitive Stoltz role, for me.

I know him primarily as Lance the Drug Dealer in Pulp Fiction or as Alternate Universe Marty McFly. I’m sure this film will give me a much better impression.

Ha! He is pretty great as Lance the Drug Dealer.