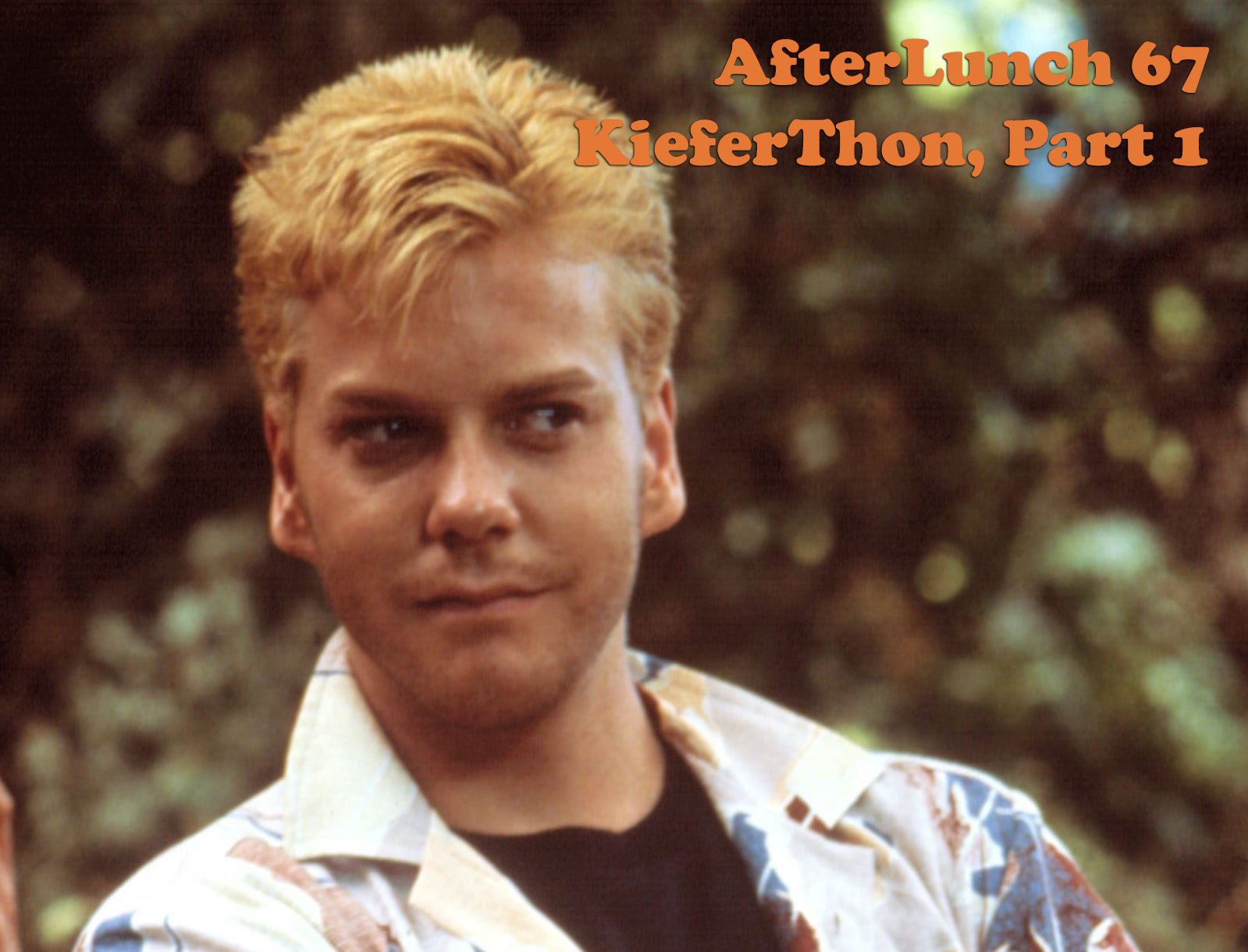 I'm joined by my brother Mark to start a journey through the filmography of one our favorite actors, Kiefer Sutherland. In this first episode, we cover Sutherland's career from his first jobs in Max Dugan Returns (1983) and The Bay Boy (1984), his revelatory 1985 performance in Steven Spielberg's Amazing Stories, and all four of his 1986 movies, including his blink-and-miss-it part in At Close Range, the wildly varying-in-quality TV films Trapped in Silence and The Brotherhood of Justice, and finally his breakout role as Ace Merrill in Stand By Me.
Download or listen to the episode here.
at November 29, 2021