AfterLUNCH | Sexify Something for The CW 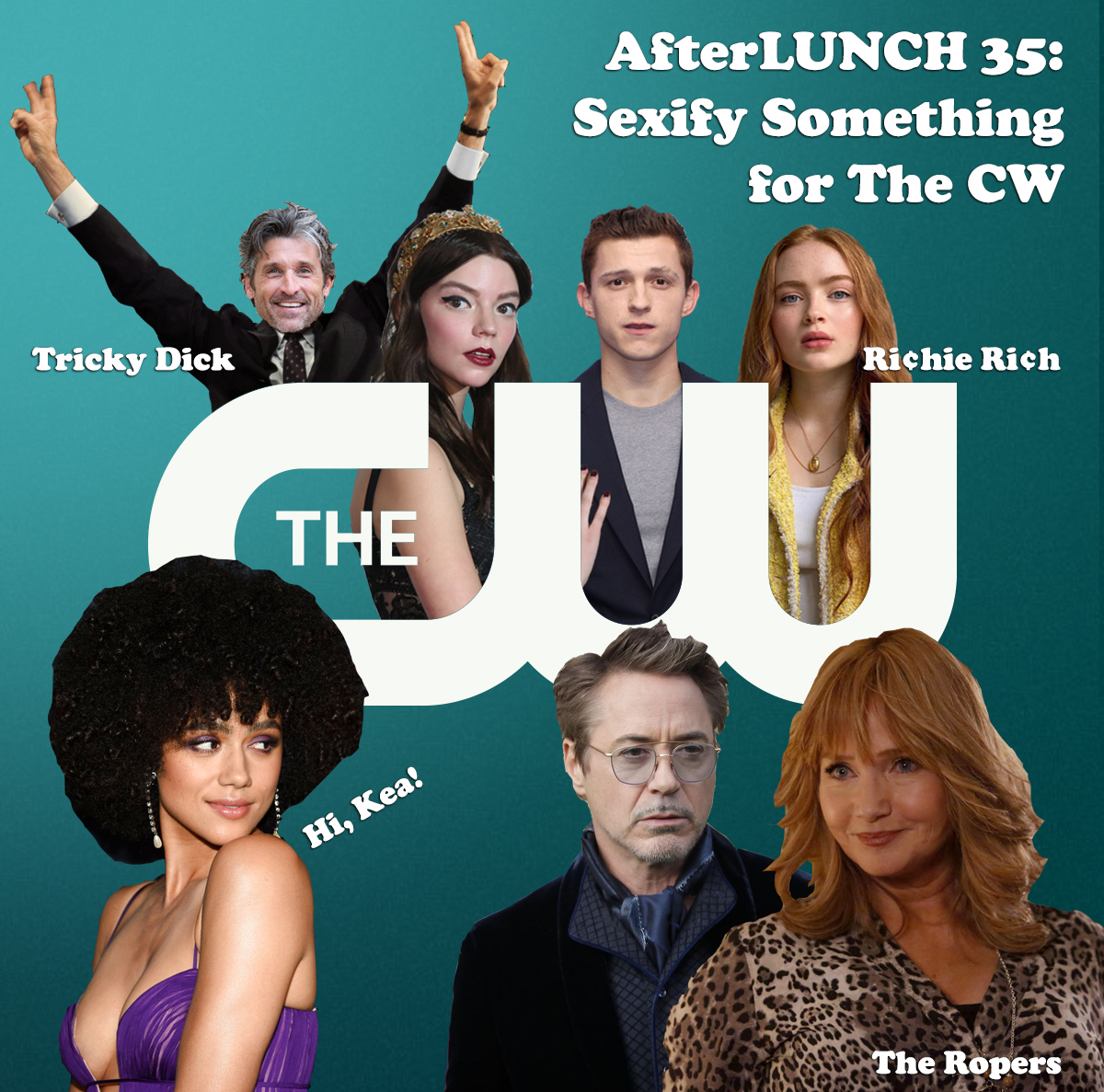 In response to The CW's producing sexy, modern versions of Jane Austen stories, Rob, Sue London, Evan Hanson, and I made our own sexy CW shows based on things that weren't super sexy to begin with. Tune in for hot versions of The Ropers, IKEA, the life of Richard Milhous Nixon, and Richie Rich.

As promised on the show, here's part of the script that Sue wrote for the pilot episode of The Ropers:

The apartment is clearly high end California casual. Helen is lying on the couch in a white diaphanous robe with feather accents, flipping through a catalog. Stanley is peering through a curtain.

I think they’re doing it again. They’re all gathered around the pool like a pack of wolves. There’s going to be a party.

You really need to stop that, you know.

What? Why? As the landlord it’s my job to keep track of everything and make sure tenants are…. Safe.

And not stare at them when they wear bikinis at the pool.

This has nothing to do with bikinis, I’ll have you know. That kid Cory is out there with a drone.

HELEN, PERKING UP AND GETTING OFF THE COUCH

He’s not a kid, he’s thirty, and what is he wearing?

STANLEY, STEPPING BACK AS HELEN WORMS HER WAY IN FRONT OF HIM TO LOOK OUT THE WINDOW

I’m a middle-aged woman, we’re considered harmless no matter what we do.

THERE IS A KNOCK AT THE DOOR AND STANLEY OPENS IT. THERE IS A YOUNG, ATTRACTIVE WOMAN WRAPPED IN A SWIM ROBE

Sorry, Mr. Roper, but I was hoping you could let me into my apartment? I forgot my keys again.

We’ve talked about this, Amber. I’m not your personal butler.

STANLEY ROLLS HIS EYES AND GRABS HIS KEYS. HELEN WAVES FROM THE WINDOW

Be careful out there, honey. Watch out for the wolves!

Don’t worry, you’ll start to recognize them. But you don’t need to worry about the ones whose teeth have worn down.

HELEN WINKS AT HER HUSBAND. STANLEY BARES HIS TEETH IN A SARCASTIC SMILE AND FOLLOWS AMBER OUT OF THE DOOR. 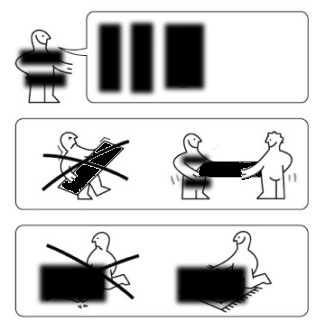