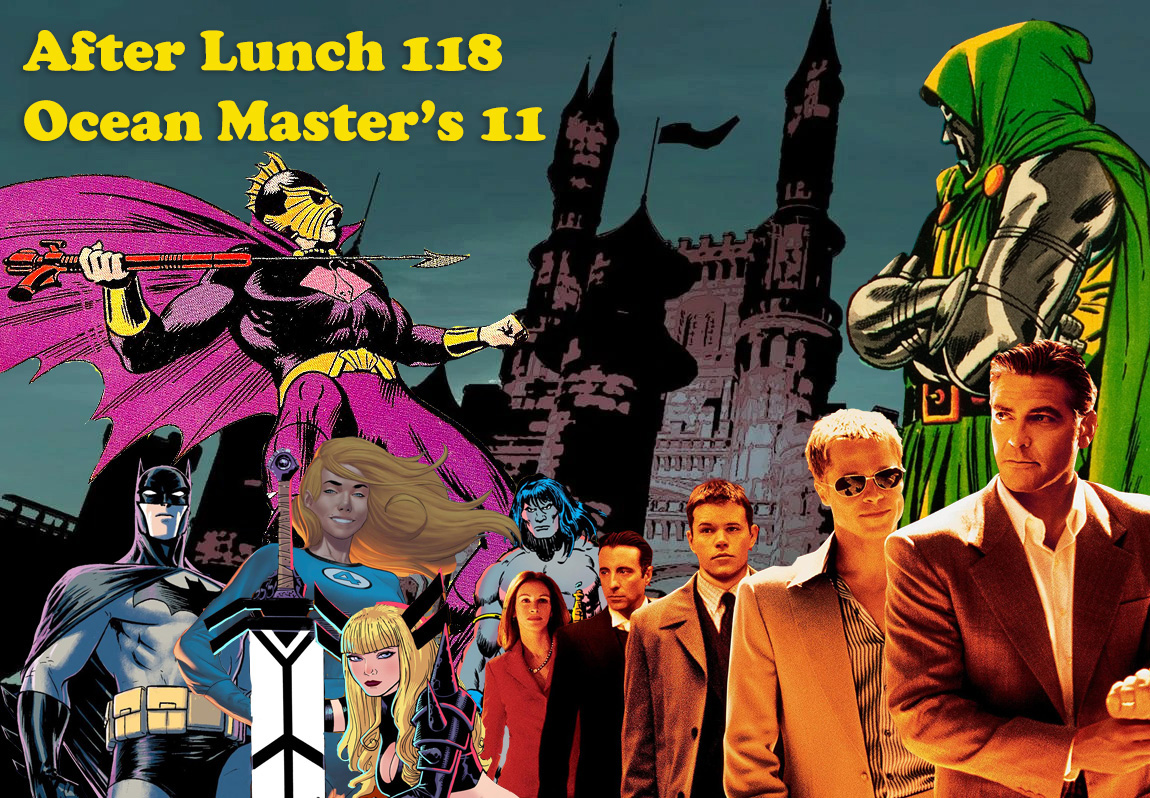 We're not promising that Ocean Master actually comes up in the episode, but a bunch of other comics characters sure do. Rob, Pax, new guest Jody Collins (the Ramblin' Man podcast), and I each draft a comic book Ocean's 11-style heist team to liberate a priceless artifact from an unassailable location defended by powerful guards. Listen to the episode, then head over to Twitter to vote on which team you think will succeed in the heist.
Download or listen to the episode here.
at August 08, 2022