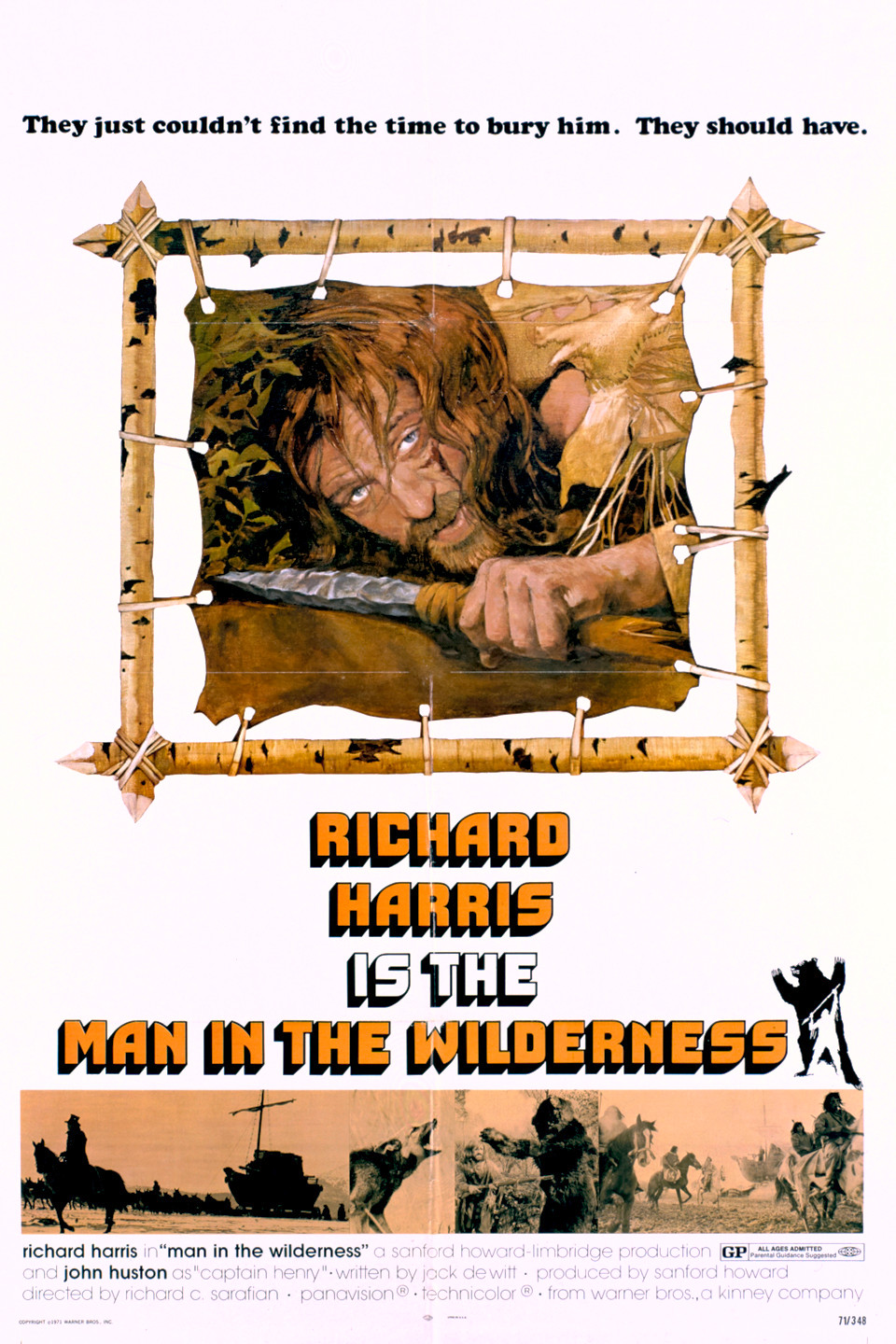 Continuing watching movies based on the mountain man period in the 1820s, I don't know anything about the true-life events that inspired this and Alejandro Iñárritu's The Revenant, but purely from a storytelling point of view, I can see why Iñárritu's version punched up the evil done to its main character.
In Man in the Wilderness, Richard Harris (A Man Called Horse and the first Dumbledore) plays trapper Zachary Bass who's attacked by a bear and appears to be mortally wounded. There are hostile Indians in the area, so Captain Henry (John Huston), the leader of the trapping expedition, orders the group to keep moving, but leaves a couple of men behind to either bury Bass when he dies or euthanize him if he's still alive after a couple of days.
Henry is unkind and a bit ruthless in his orders, but it's nothing like what Leonardo DiCaprio endures as Hugh Glass in his version. Harris is certainly pissed at Huston, but his survival mostly seems to be out of sheer toughness rather than an undying thirst for vengeance.
Vengeance does still play a part of it, though, and my thinking it doesn't may have more to do with comparing Man in the Wilderness to The Revenant rather than anything in the film itself. Along with some other flashbacks to his life before joining Huston's group, Harris constantly relives his hazy memories of Huston's abandoning him. And there has to be some symbolism in Huston's battered, stovepipe Captain Ahab hat and the boat his party is trying to transport overland to the Missouri River. It's clear shades of Moby Dick (a story Huston knows something about), although in this case if Huston is Ahab, he's the hunted party and not himself the obsessed hunter.
It's imperfect symbolism, so maybe I'm making it up, but I don't think so and the film has other issues that make me question its ability to get its story across. For instance, there's that group of Indians with mysterious goals. As in, I'm not sure the film ever explains what they're up to or trying to achieve. Either way, Man in the Wilderness isn't as strong as it could be.
But it's got some things going for it. Like The Revenant (which I'll be re-watching next), it's still a captivating survival story if nothing else as Harris uses his wits and skill to drag himself across the wilderness in pursuit of Huston's group. And while Harris' character arc is different from what I remember of DiCaprio's, he does go on a spiritual journey as he reflects on and reconsiders the family he abandoned (a nice parallel with what Huston has done to him) and the faith he never had (I mean, he comes back from the dead in this, almost literally "born again"). I imagine I'll have more to say about that once I've revisited The Revenant and can contrast the two stories. 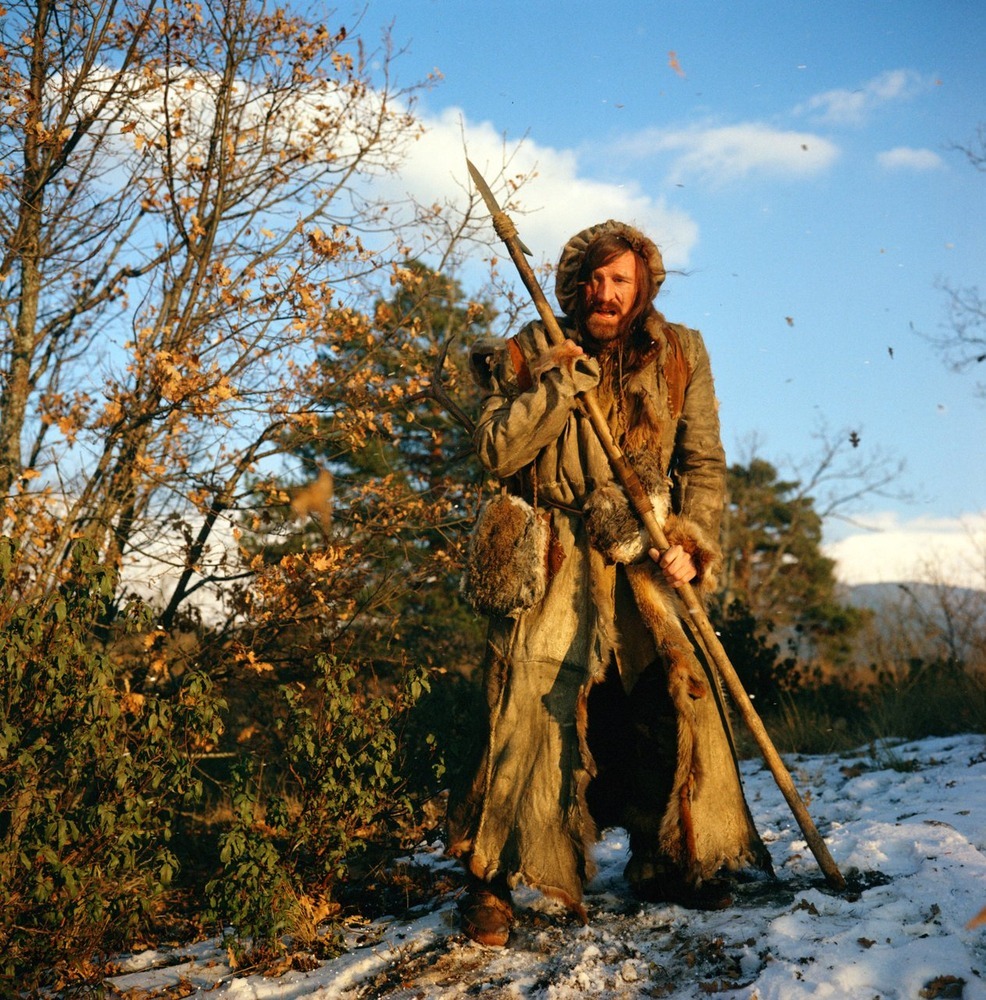