The War of the Worlds Murder 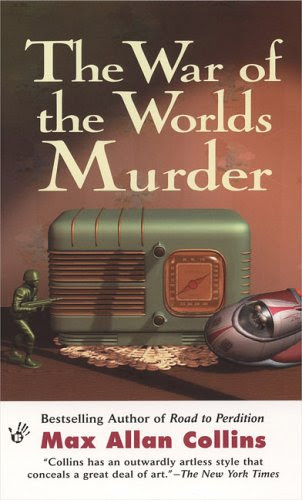 Dude. How cool is a story by Max Allan (Road to Perdition) Collins about The Shadow's creator Walter Gibson investigating a murder during the taping on Orson Welles's War of the Worlds radio broadcast? A murder in which Welles himself is the primary suspect? Very cool indeed.

And -- I'm just now learning -- this is just one of a series of historical mysteries that Collins has written in which a famous writer plays detective during a historical disaster. He also has Agatha Christie solving crime in The London Blitz Murder, Edgar Rice Burroughs in The Pearl Harbor Murders, and Leslie Charteris in The Hindenberg Murders. There are also a couple of writers with whom I'm unfamiliar, Jacques Futrelle and S.S. Van Dine, who solve murders involving -- respectively -- the Titanic and Lusitania.